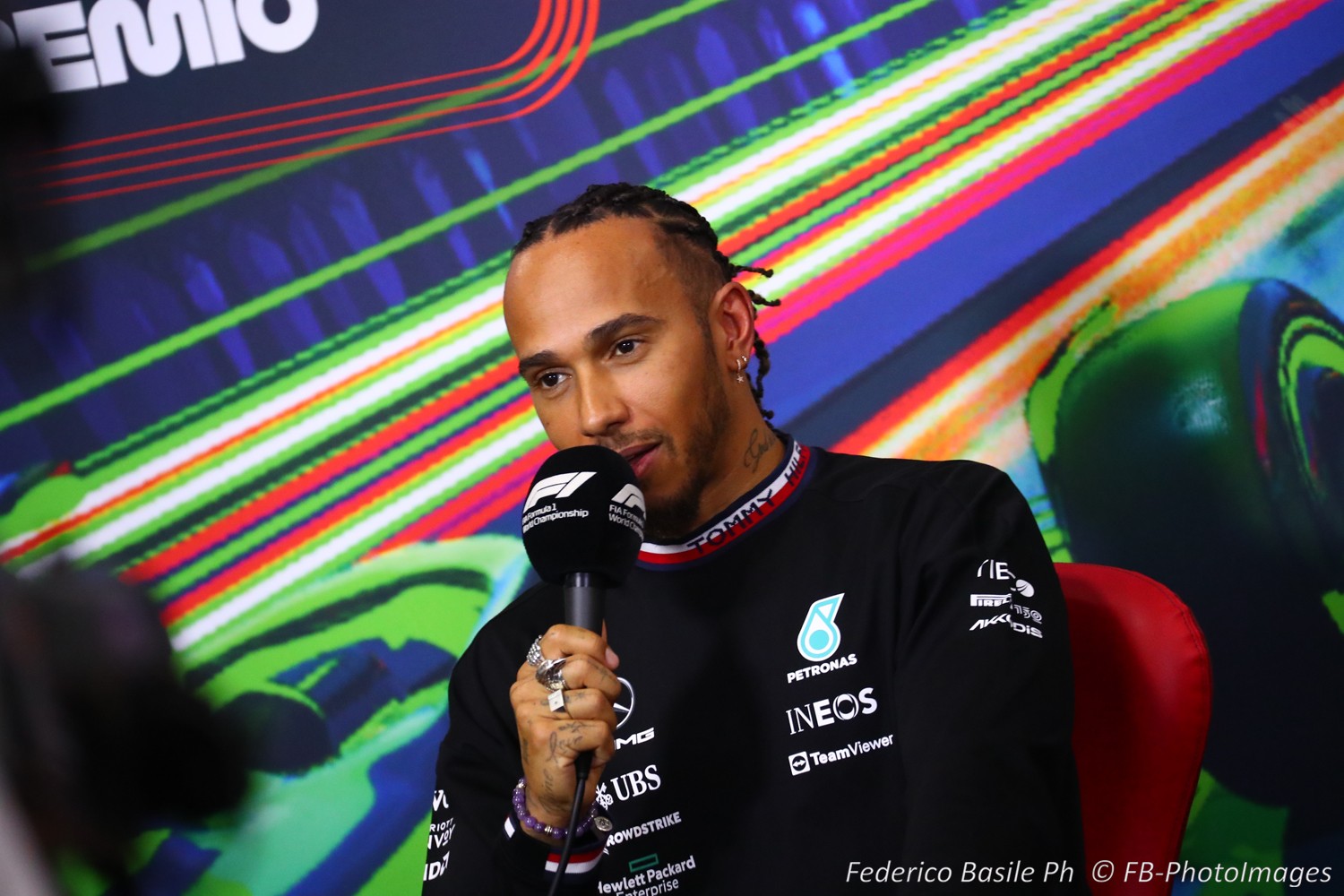 (GMM) Lewis Hamilton has batted away speculation that Mercedes is planning ahead for the seven time world champion’s retirement.

Rumors at Monza are strongly linking McLaren refugee Daniel Ricciardo, who seems unable to secure a race seat for 2023, with the reserve role at Mercedes for 2023.

“No comment,” the Australian grinned ahead of the Italian GP. “Just kidding!

“The truth is I’m keeping every option open, not only for next year but for the future. So yeah, there’s obviously many talks or thoughts about next year and beyond that.”

When asked about Ricciardo’s reserve driver link, Hamilton said the 33-year-old is “far too talented” to have to effectively sit out next season.

“But of course, if he’s a part of our team that would be great,” he added.

Where Hamilton did draw the line, however, was when faced with rumors that Mercedes boss Toto Wolff could see Ricciardo as the perfect teammate for George Russell in 2024.

“For years we’ve been going around, up and down with stories of retirement for me, but I love what I’m doing and don’t plan on stopping anytime soon,” Hamilton, 37, said.

“Sorry buddy!” he told Ricciardo. “I feel like I can race for quite a bit longer.”

Exactly what was said at the Press Conference

Hamilton replied, “I think he should be racing, personally.

“He’s far too talented to [be a third driver] and he’s earned the right to be amongst us all racing.

“But, of course, if he’s a part of our team, that would be great. But third [driver] role is not really what’s best for him. If I was managing him, he’d be racing!”

Ricciardo was also asked for his response to the report, to which he said he is “really assessing everything” regarding his future plans.

“The truth is I’m keeping every option open for not only next year but the future [too],” Ricciardo added.

“I still don’t know what next year looks like. As Lewis said, I do want to be on the grid – I do want to race.

“I touched on it a few weeks ago, although this has been certainly a challenging time in my career, it hasn’t taken the love of the sport away from me and that desire to still be here and compete.

“Obviously, many talks or thoughts about next year and beyond that [have taken place], but I’m still not sure what that looks like.”

As for Hamilton’s possible retirement after 2023, he said he was “steering towards” a new deal for 2024 and potentially beyond.

“For years we’ve going around, up-and-down with stories of retirement, stopping,” said the Briton.

“For me, I feel healthier than I’ve ever felt. I’m feeling fit, I love what I’m doing. And I don’t plan on stopping any time soon – sorry buddy [Ricciardo]!

“But, my goal was always to be with Mercedes since I signed with them in 1997 [as a McLaren junior during its years as the de facto Mercedes works squad with its engine supply arrangement].

“I love that we have the long partnership we have. I feel like we are embarking on a lot of really positive things – not only in the sport, but outside [too].

“And I think there’s a lot [more] to accomplish together.

“So, I want to be a part of that. I think I’ll always be with Mercedes – till the day I die. I feel like I can race for quite a bit longer. I’ll potentially be steering towards that.”