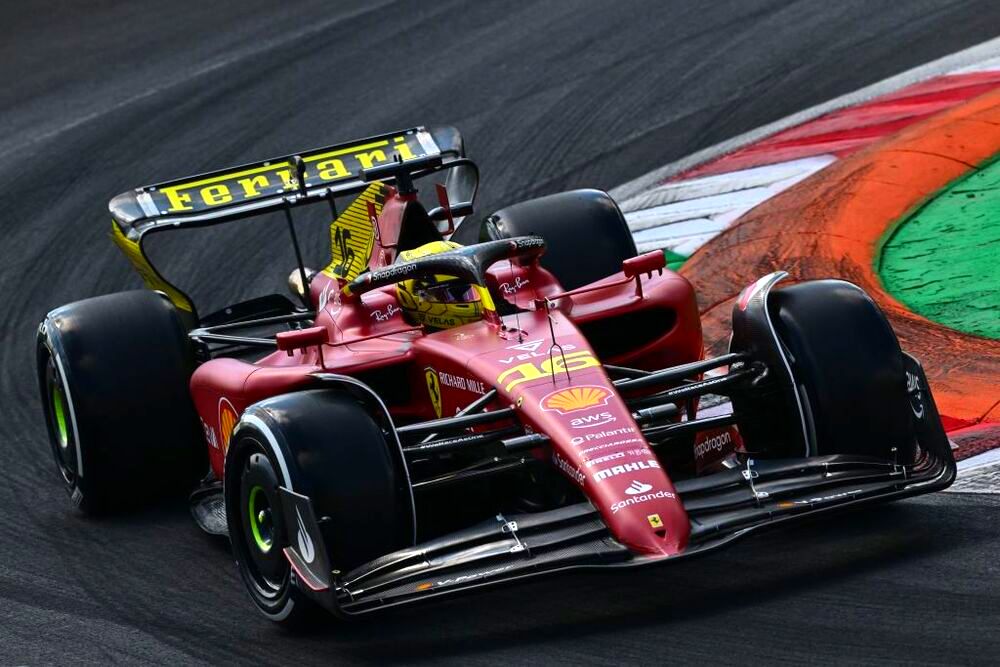 Lando Norris severely blocked Max Verstappen who was up 1/2-second through the first two sectors and that allowed the two Ferraris of Charles Leclerc and Carlos Sainz Jr. to run 1-2 in opening practice for the Italian GP at Monza.

George Russell rounded out the top three, 0.279s back and just over a tenth clear of his Mercedes teammate Lewis Hamilton, who will take a grid penalty for a new power unit.

Verstappen ended up 0.430s behind Leclerc, but that time was set on the hard tires, after his fast run on the soft tires was badly blocked that cost him dearly.  Word is Verstappen will take another new power unit and another grid penalty.

Replays show that Sainz has had a moment just as the checkered flag came out, running wide and bouncing through the gravel trap. It did rain overnight, which left some parts of the track slippery, especially if anyone runs wide off the racing line.