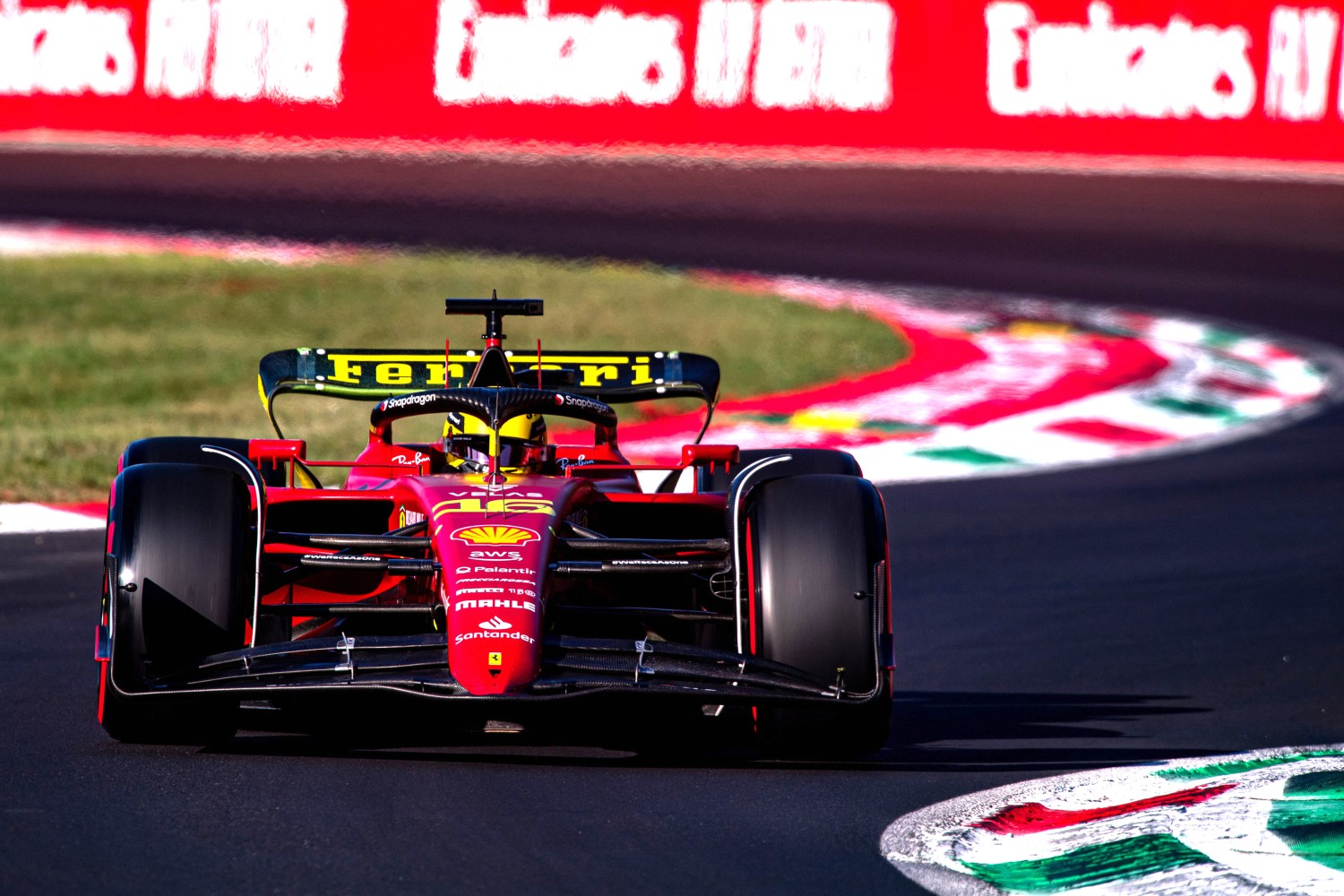 A huge cheer went up from the 100,000 Italians on hand when Charles Leclerc turned the fastest lap in his #16 Ferrari to win pole for the Italian GP at Monza.

Using a tow off his teammate Carlos Sainz Jr., Leclerc’s lap of 1m20.161s beat the Red Bull of Max Verstappen by 0.145s to win his 10th pole of the season. Verstappen did not have a tow from his teammate like Leclerc did.

“We chose to go for a little bit more downforce around here, over one lap maybe it’s not the best, but for tomorrow it should be strong. I think it will be an interesting battle tomorrow,” said Verstappen

Verstappen will take a 5-grid penalty in tomorrow’s race.

Carlos Sainz Jr. was third fastest in his #55 Ferrari, 0.268s behind, but he will start near the back on Sunday due to grid penalties.

Sergio Perez was 4th quick in the 2nd Red Bull Honda, ahead of Lewis Hamilton in 5th who just nipped his Mercedes teammate George Russell.

Russell in P6 will actually start alongside Leclerc tomorrow, with Norris next up because of grid penalties.

“It’s amazing, it wasn’t an easy qualifying,” said Leclerc.  “I knew there was potential in the car, but I hadn’t put everything together. But happy with the [last] lap, I hope we can do just like in 2019 tomorrow. I took many more risks, I knew it was the last lap. I just went for it, and it worked out.”

“Honestly, a very good qualifying session, and I was pushing flat out,” said Sainz.

“In Q3 I didn’t have a tow, so it cost me those two, three tenths, but I’m starting last so in the end it didn’t matter. I mean I’m not going to lie, it hurts to be starting from the back especially with how good the car is feeling. I will do my best, the pace is there, but I wish I could be there at the front to try and do a 1-2 for the Tifosi.”

McLaren have both cars starting ahead of the Alpine pair, with Alonso’s Q3 really not going to plan and the Spaniard winding up without even setting a time. He’ll move forward from P10 thanks to penalties for others, but it is still far from ideal for the French team.