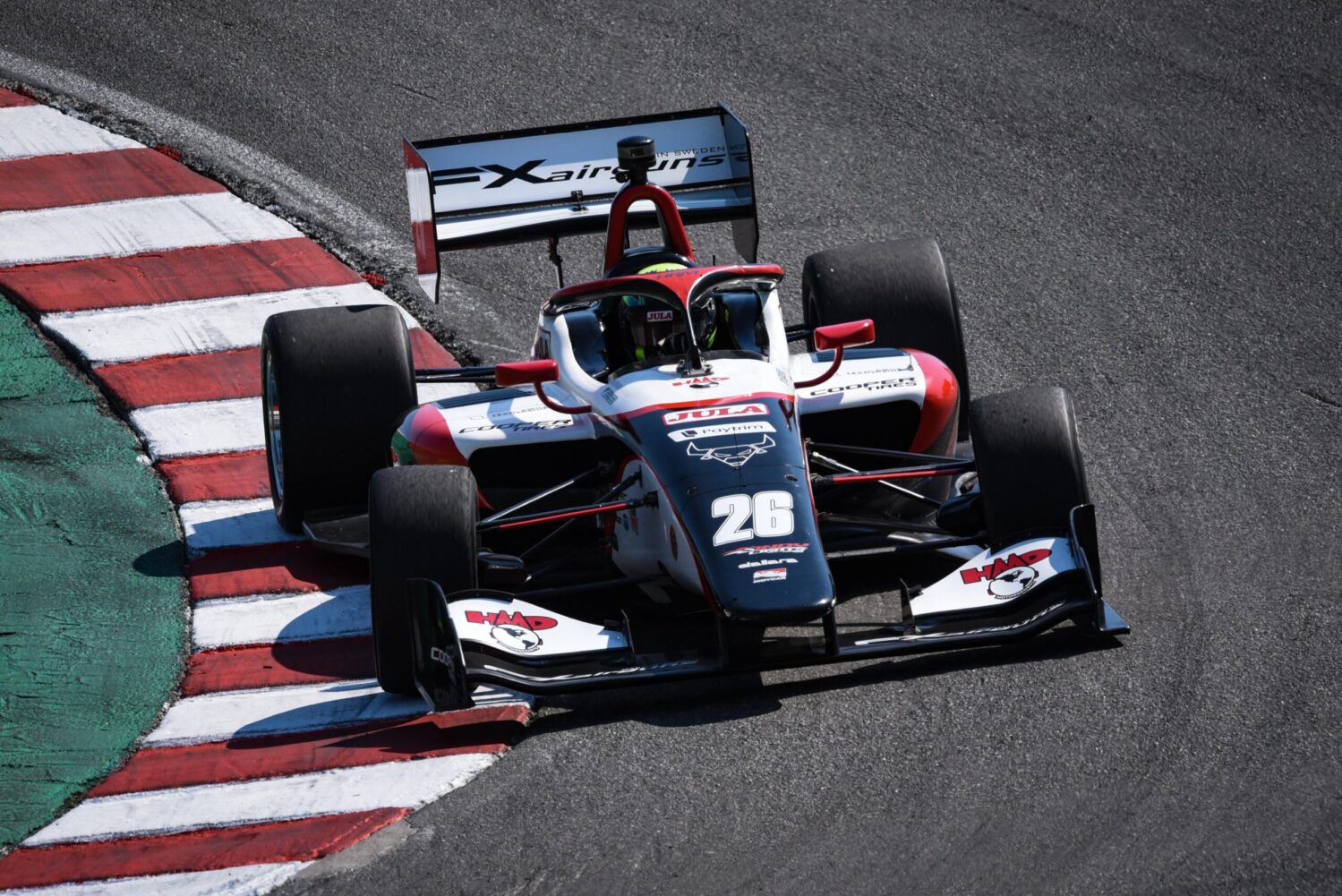 Linus Lundqvist has wrapped up the Indy Lights presented by Cooper Tires Championship today at the Firestone Grand Prix of Monterey in race 1.  The 23-year-old from Stockholm, Sweden, had five wins, nine podiums and six poles this season.  He also led poles, wins, podiums, top 5s, most laps led,  and most races led.  Dominant is the best word for his season.

Lindqvist talked about his feelings after winning.  ‘You know,  we knew that we had a good chance of winning it this weekend, and I thought I had my emotions under control, but I was clearly wrong. As soon as we crossed that checkered flag and I realized kind of what we’ve done, it all sort of just came to me, because this is more than just a win and the championship here. It’s the years that we’ve had before that with my family.”

“Yeah, it’s been a long journey. Couldn’t be more proud of the way that we’ve done it, with the people that we’ve done it, as well. Got to say a massive thank you to these guys. It would not be possible without them, and I’m happy to get a championship for them.”

The family that Linqvist was talking about is Henry and Daiva Malukas and Mike Maurini.  Henry Malukas is David Malukas’ father and he was beaming after running five cars in the Lights series this year.

Mr Malukas commented on the championship and his winning driver. “Well, this is the excitement. This is official HMD two years we started before that. Obviously I don’t want to take any credit. ”

“The key people, that’s the guy, Mike Maurini (the general manager of HMD Motorsports) here. So just amazing job across the board.”

“Obviously Linus is a true champion. He showed last year, and I’m glad he came here just to show what he can do as a team. It was a long journey, but obviously we’re still very young, so I think there’s more to come.”

The media asked how many Indy Lights car will the HMD Motorsports with Dale Coyne Racing going to run in 2023.   Mike Maurini replied, “We will be eight cars. We have eight drivers signed. So we’re moving forward with that, and hopefully we can repeat. A lot of the drivers that we have for next year are new rookies in the series, so I think we have set ourselves up pretty good for 2023, but next year there’s a few surprises that you’ll see.”

Congratulations to Linus Lindqvist on the 2022 Indy Lights Championship.