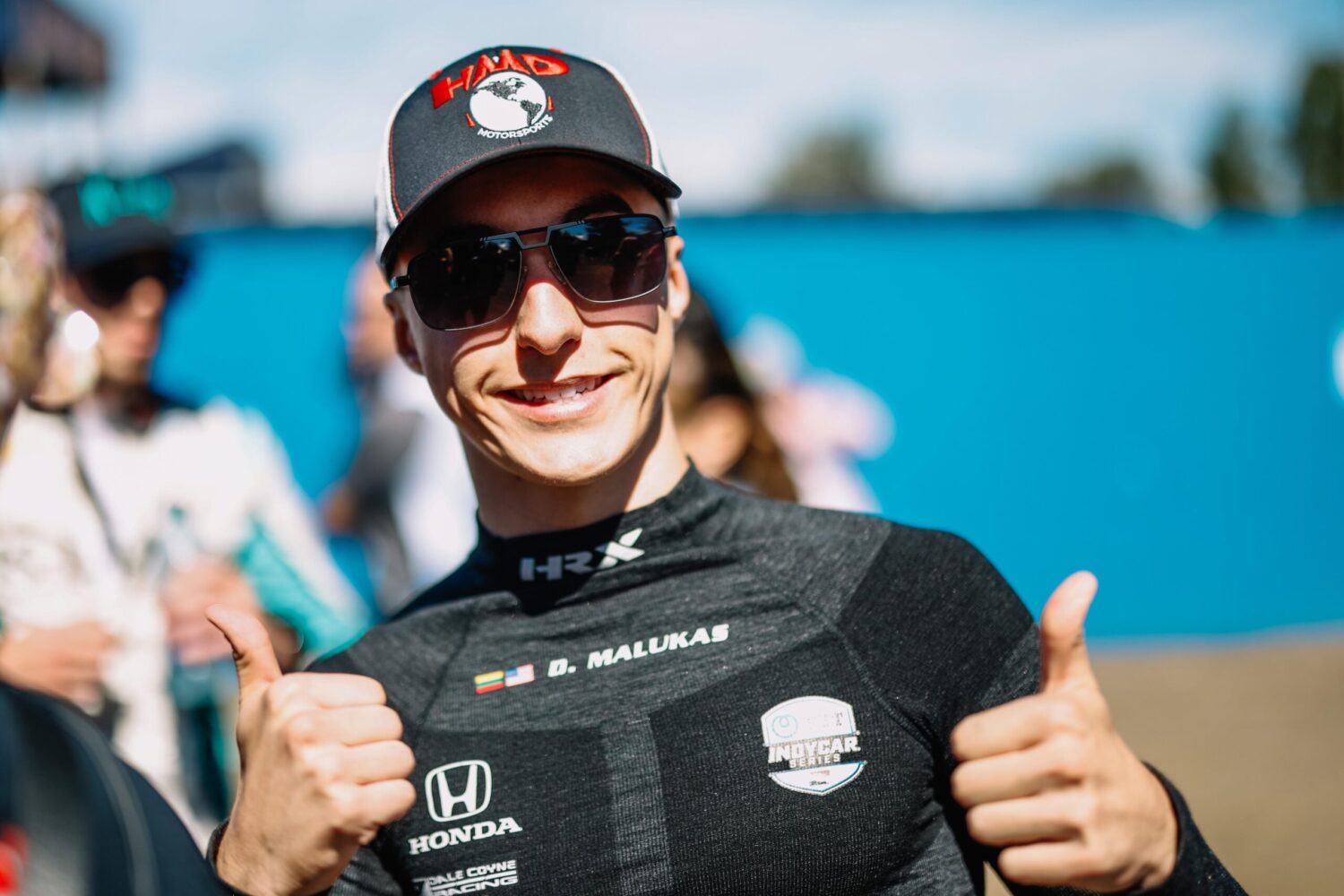 David’s father, Henry, spoke to AR1 after the press conference for the Indy Lights Championship and confirmed that his son David would be racing next season with HMD with Daly Coyne Racing.

After celebrating Linus Lundqvist’s Indy Lights Championship, he also commented on the possibility of Lundqvist moving up to IndyCar.   “It is definitely potential. I mean, we’ve already talked many times about that, and I hope myself to do that.”

“It would be very cool to see him with David. I think that would be a great team and that would help each other push each other just like we did last year in Indy Lights. So it’s very possible.”

“Well, it’s not confirmed, but that’s what we’re trying to do. I don’t know about Sato, or what his plan for the future is.  But Dale could run three cars. Obviously depending on Honda. I know Honda are looking for a good driver. I am sitting with one here. If he (Dale Coyne) can put everything together, I hope so. Obviously, this is a lot in many aspects to get that going. But I definitely support that, and hopefully we can pull off.”

“But if Sato would not renew, it would be easier even to do that. We need I would say a couple more months or so before we know.”

We look forward to learning the future plans for HMD with Dale Coyne Racing.