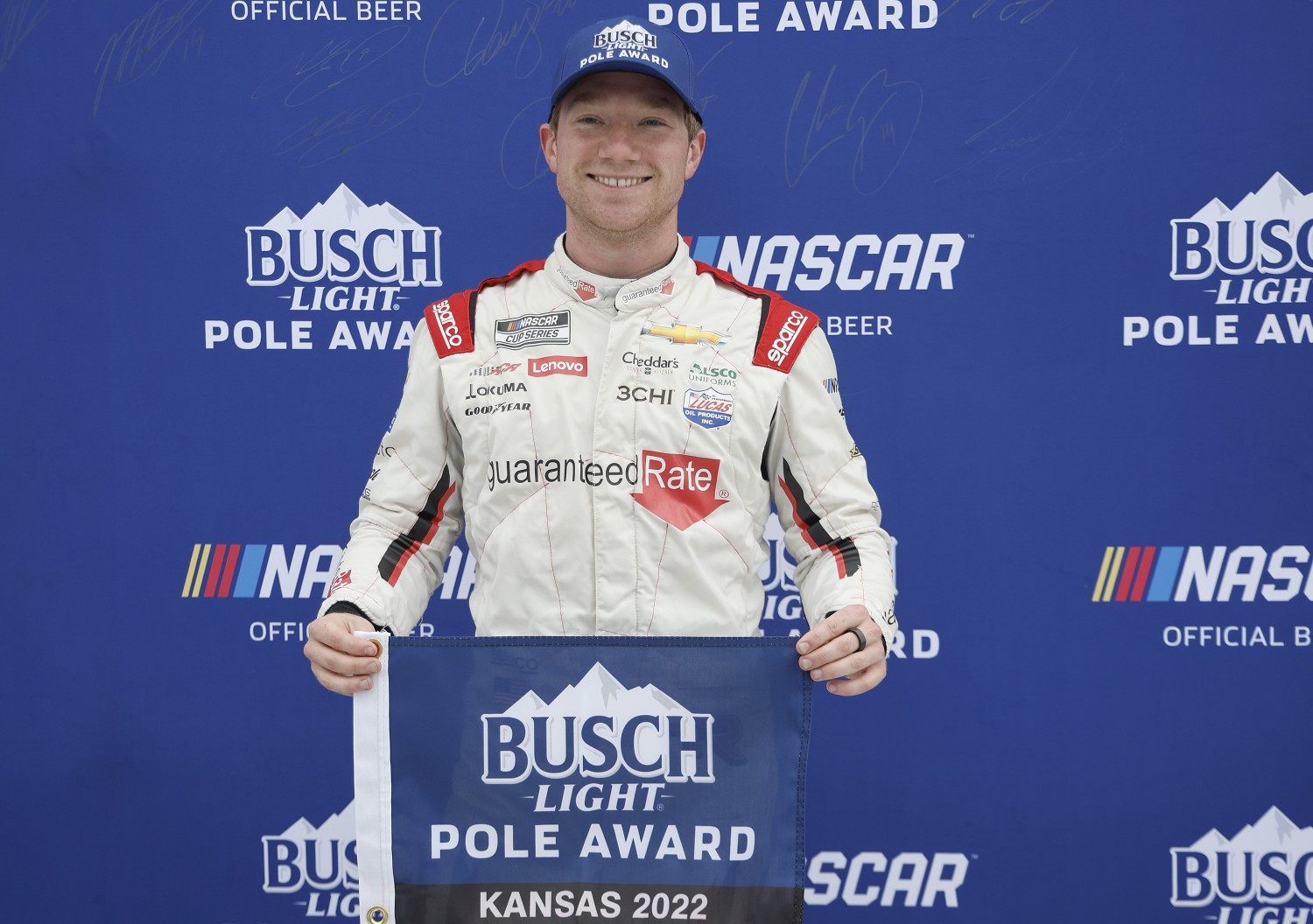 Tyler Reddick will start on the pole for Sunday’s Cup playoff race at Kansas Speedway.

Daniel Suarez, who enters the race in the final transfer spot to the second round, qualified 15th. Denny Hamlin qualified 25th, lowest among the 16 playoff drivers.