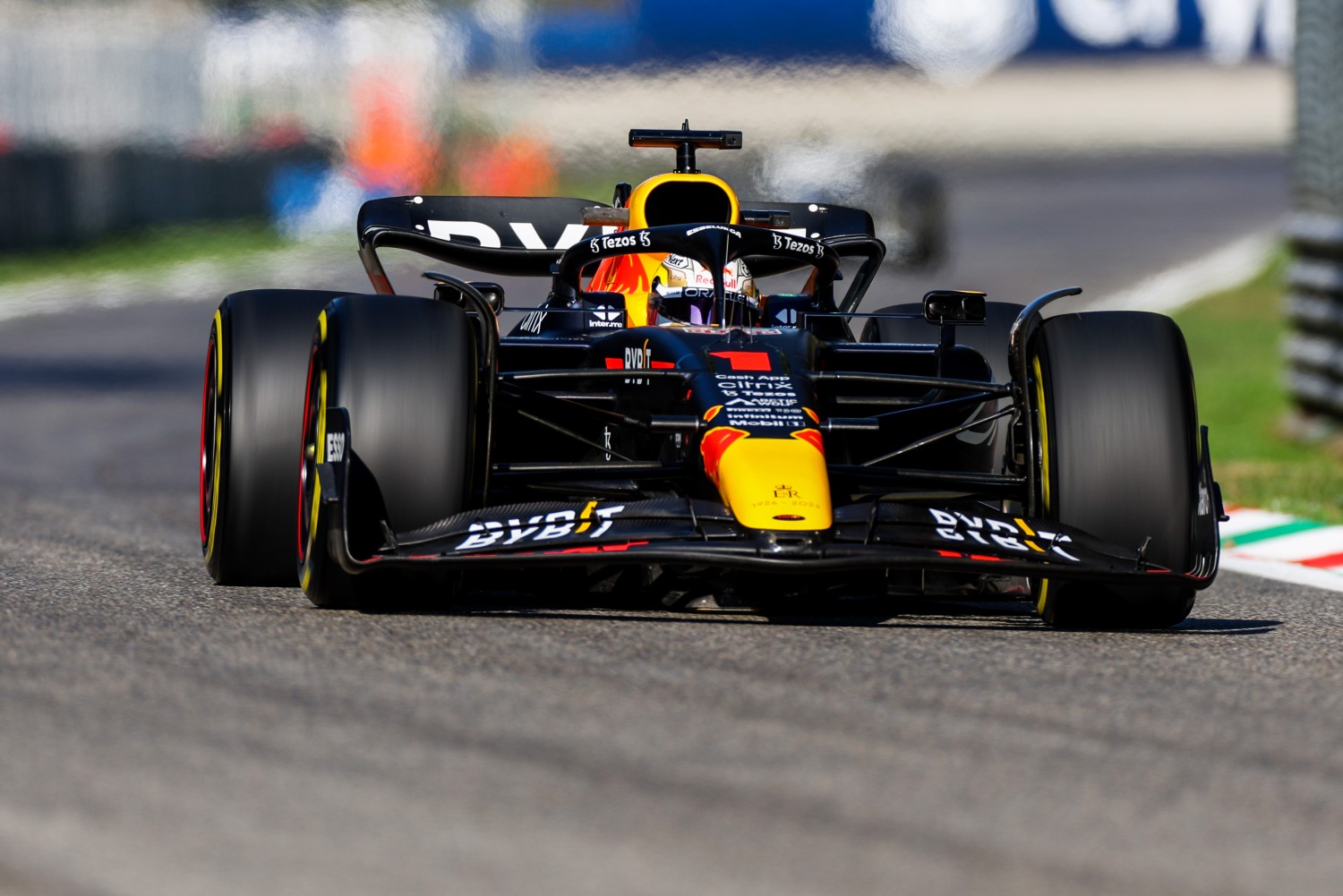 After Daniel Ricciardo’s’ stricken McLaren stopped on track that resulted in a safety car being deployed, and after a flurry of pit stops, Red Bull Honda ace Max Verstappen led from the #16 Ferrari of Charles Leclerc and #63 Mercedes of George Russell, all on fresh soft red Pirelli tires.

Everyone was hoping for a 1-lap sprint to the finish, but they were unable to get the stricken car moved to a safe area in time, and the race finished behind the safety car. Why race control did not throw a red flag, so there would have been a race to the finish, is dumbfounding.

With that said, Verstappen appeared to have the pace to win regardless as he carved his way through the field from 7th on the grid like a knife through butter. It was Verstappen’s 5th straight F1 win, 11th of 2022, and 31st of his career.

“We had a great race, we were quickest on every compound,” said Verstappen.

Verstappen has now matched Nigel Mansell on 31 career wins, next up on his hit list is Fernando Alonso with 32.

“Overall, we had a really good day. It was enjoyable to drive today, even though it was hot out there. Finally, get to go on a great podium like this!”

“The end was frustrating, unfortunately we were second, but overall, I gave it my all,” said a disappointed Leclerc who hoping to bring a win for the tifosi.

“I wish I could have won in front of the amazing Tifosi today. I’m not extremely happy with the race because we finished P2. It just wasn’t enough.”

“It doesn’t matter if we are fast or slow, we keep getting these podiums,” said 3rd place Russell.

“We had to do something different to Charles and Max, but they were just too quick for us today.”

Carlos Sainz Jr. was 4th in the 2nd Ferrari and Lewis Hamilton rounded out the top-5 in the 2nd Mercedes, after starting 19th.

“On a track that doesn’t suit us, we are clearly third on the road for third and fifth is about the best we can do,” said Mercedes boss Toto Wolff.

“It’s all to play for, we are 35 points behind [Ferrari] or so, but we are ending up 30 seconds behind the leader and that is the gap we need to catch up.”

Sergio Perez (up from 13th at the start) and Lando Norris were 6th and 7th.  Perez also got the one point for fastest race lap.

“It was a mess, my race. It started with the front right disk, it compromised my race as I had to stop early. Then I had to lift and cost to cool, as we could have had to retire. I had a better tire than Lewis, so it would have been good to get a restart, but it wasn’t the case.”

Pierre Gasly was eighth at one of his team’s home races, albeit that they are based closer to Imola than Monza. De Vries was an incredible ninth on debut for Williams, and Zhou rounded out the points for Alfa Romeo.

McLaren have eaten into Alpine’s advantage in the fight for fourth in the constructors’, with the French team not scoring today. There were some reliability woes for a few teams, which could well be a factor in the next few races with so many weekends completed by these cars this season.

The Tifosi went running down the main straight, huge Ferrari flags have magically appeared and they got themselves in position under the podium. It’s one of the best podiums of the season, and one that Verstappen will experience for the first time.

So Verstappen wins and extends his lead to 116 points over Leclerc, as F1 takes a brief break after this triple-header. The next race is Singapore, as the circus returns to that fantastic track after a couple of years away thanks to the pandemic.