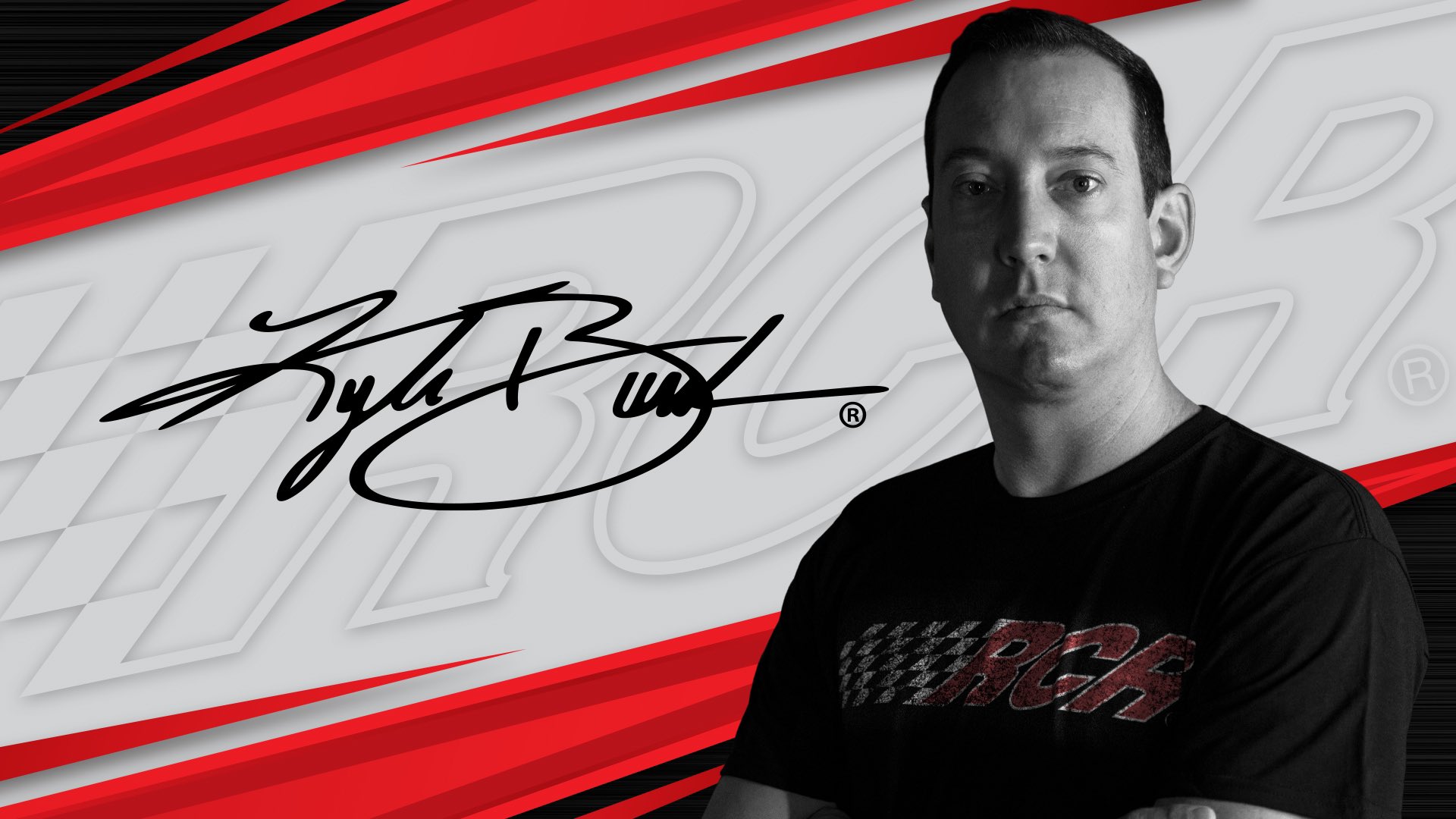 Zak Brown, upon hearing that Kyle Busch is free to race in the Indy 500 with a Chevy team said, “We haven’t decided if we’d run a 4th car in the Indy 500,” but we suspect he is salivating at the prospect because sponsors will be knocking down the door wanting to be on the side of Busch’s car.

Kyle Busch said he has it in his contract with RCR that he can run the Indy 500 for a Chevrolet-supported team.

“I can do it. Any Chevrolet IndyCar teams, call me up.” …..Kyle Busch on being able to run the Indianapolis 500.

He says Samantha is okay with it.

“The only guy that said no was my former boss.”

Also, Randall Burnett will be crew chief of the No. 8 Cup car for Kyle Busch.

What Kyle Busch said — now that he will be a Chevrolet driver — on potentially racing in the Indianapolis 500: pic.twitter.com/1WYnQopWfB

Richard Childress Racing announced today that Kyle Busch will join the organization’s NASCAR Cup Series stable in 2023, merging one of the NASCAR industry’s most storied teams with one of the sports’ most successful modern era drivers.

Since making his NASCAR debut 18 years ago, Busch has grown into a successful driver, team owner and businessman, easily becoming one of the most accomplished drivers in NASCAR’s modern history. He owns 60 wins in the elite NASCAR Cup Series and is the only active multi-time champion. He is currently competing for his third Cup Series championship in the NASCAR Playoffs. In addition to his two Cup Series championships, the Las Vegas native won the 2009 NASCAR Xfinity Series championship and is the all-time wins leader in that series (102) as well as the NASCAR Camping World Truck Series (62). As an owner, he has led Kyle Busch Motorsports to 98 career victories and seven owner’s championships, both are Truck Series records.

“RCR has an impressive history in NASCAR and I’m honored that Richard is putting his trust in me to come in and continue to build on that legacy,” said Busch. “Growing up in a family of passionate racers myself, I feel like the culture that the Childress family has built within their organization will be an ideal fit for me. As I begin the next chapter of my career, I’m looking forward to driving for RCR and working with everyone there to add more wins and championships to both of our resumes.”

From a one-man team in 1969, Childress has grown RCR into one of the most storied organizations in NASCAR, with more than 200 victories and 16 championships, including six in the NASCAR Cup Series with the legendary Dale Earnhardt. RCR was the first organization to win championships in the NASCAR Cup Series, NASCAR Xfinity Series and NASCAR Truck Series, and is a three-time winner of the Daytona 500 (1998, 2007, 2018). 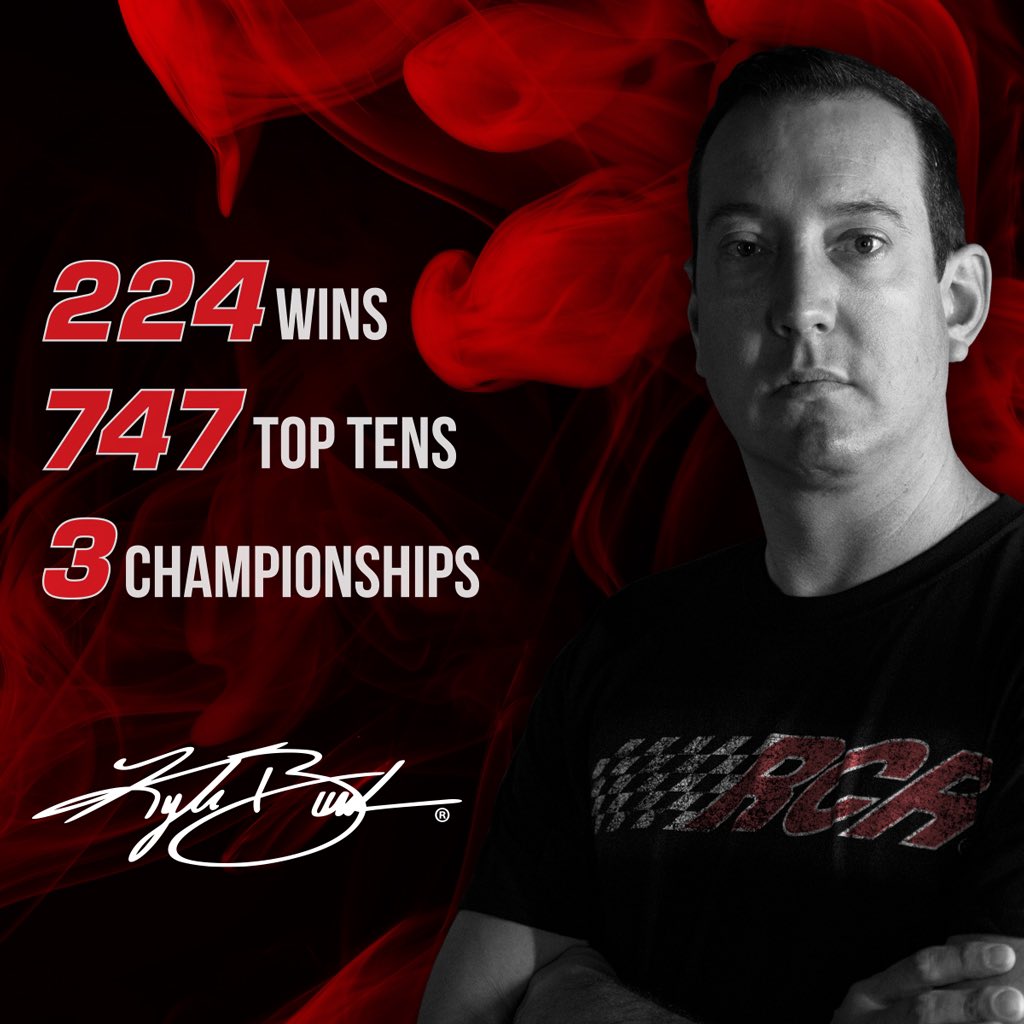 “The addition of Kyle Busch to the Richard Childress Racing lineup is significant, not only for our organization, but for the sport as a whole,” said Richard Childress, Chairman and CEO of Richard Childress Racing. “Kyle is a proven contender at the highest levels of the sport, and I believe that his experience and dedication to motorsports will elevate our race program across the board. I’ve always admired Kyle’s driving style and his ability to win and race for championships ever since he entered the sport. Who wouldn’t want a proven NASCAR Cup Series Champion driving their car?”

Busch, who has more than 220 career wins spread out among NASCAR’s top-three national series, will drive the No. 8 Chevrolet Camaro ZL1 under the Richard Childress Racing banner, adding a multi-time NASCAR Cup Series Champion to the Chevrolet Racing camp. Randall Burnett will serve as crew chief.

“We’d like to welcome Kyle back to Team Chevy, where he started his NASCAR career,” said Jim Campbell, Chevrolet U.S. Vice President, Performance and Motorsports. “As a 60 Cup race winner and two-time champion, he will be a valuable addition to Richard Childress Racing and the Chevrolet line-up. We look forward to working with Kyle starting in 2023.”

Tyler Reddick, who is currently competing for a championship in the No. 8 Chevrolet, remains under contract at RCR and will drive for RCR in 2023.

Additional details on the program, including sponsor lineup, will be announced at a later date.

Toyota and TRD are privileged to have raced with Kyle Busch, one of the greatest drivers in NASCAR history.  While we certainly wish Kyle the best of luck in the future and congratulate him on his announcement to join Richard Childress Racing, we’re disappointed and saddened that his future won’t continue to be with Team Toyota. Kyle has been an ambassador for Toyota since joining the program in 2008. He’s gone on to accumulate some of the most prestigious milestones possible for the Toyota brand, including our first Cup Series win for the Camry and first Cup Series championship. He will undoubtedly hold the record for the most wins in a Toyota across all three Championship Series for decades to come.  But more than that, Kyle has been a friend, part of our family and has played a key role in the development of many of our drivers through his ownership of Kyle Busch Motorsports. We wish nothing but the best for Kyle and his entire family as he moves into the next chapter of his Hall of Fame career. We’re thankful to have been along for the ride.

“Kyle has been a major part of our history and success here at Joe Gibbs Racing. We are thankful for all his contributions to our organization over the years. When you look at all that he has accomplished already, it is truly remarkable, and we know someday we will be celebrating his Hall of Fame induction. We also know he still has many more achievements in our sport ahead of him including competing for the championship this season. We wish Kyle, Samantha, Brexton, and Lennix the very best.”