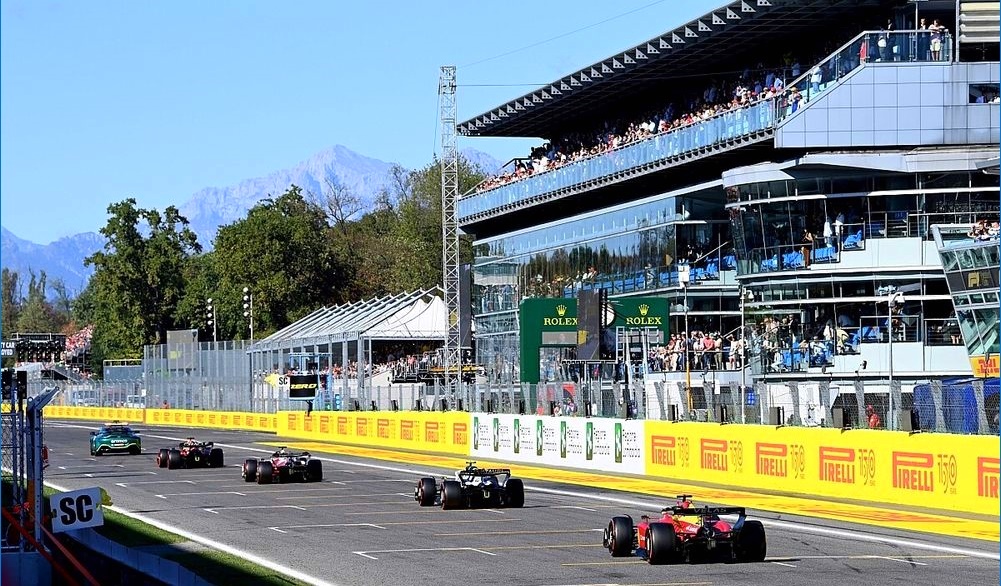 Formula 1 teams failed to agree on plans to stop races ending under the safety car amid discussions after last year’s Abu Dhabi controversy, according to Andreas Seidl.

“After what happened last year in Abu Dhabi, there were a lot of discussions between FIA, Formula 1 and all the teams involved in order to see how the rules could be modified in order to make sure that races never end under a safety car,” explained Seidl after the Italian GP race.

“But despite FIA and Formula 1 really pushing us all to find solutions, it was down to us as the teams, and pretty much to all teams not agreeing to any change because we couldn’t agree on any better solution, which is then also still a fair solution in terms of the sporting outcome.

“That’s why, I guess, we simply have to accept that, unfortunately, situations like today can happen.”

Seidl told Autosport the FIA and Formula 1 “tried really hard” to find a way to change the rules to ensure races always ended under a green flag, but there were too many concerns from teams the spectacle was being prioritized over the sporting side.

“We only want a solution that’s also fair on the sporting side and not suddenly ending up in jeopardy,” said Seidl.

“And that’s why we couldn’t agree on anything better than what we have in place.

“In the end, we voted that the regulations should stay as they have been. As far as I remember, every single team voted like that. And therefore, I think let’s close the subject.”

Autosport put the suggestion to Alpine sporting chief Alan Permane, who thought it “sounds great” but there would inevitably be some “unintended consequences.”

“But it’s happened before, we did it in Baku last year, and it was good,” said Permane.

“I guess you can write that into the regs. It doesn’t sound crazy. I’m sure there’ll be something that we don’t like about it, but after all, we’re here to put a show on. And [the Monza finish] clearly wasn’t acceptable.

“It’s not an ideal finish at all, no-one wants to finish under the safety car. It’s miserable, really miserable for the fans. We didn’t show our best, that’s for sure.

“But maybe we don’t need to knee-jerk to say every time it’s a safety car within 50km of the end or something, you throw a red flag. Maybe we just need to make sure we get those safety car procedures right, and we have been working to try and make them quicker.

“The problem is with safety cars later in the race, you’ve got these lapped cars. We’ve had endless discussions about how to improve that situation, and there are definitely many unintended consequences of changing that procedure.”