The Porsche Penske Motorsport team has made big progress on the way to the first race outings of the Porsche 963. During the two-day test drives at the Daytona International Speedway in the US state of Florida, the brand-new LMDh prototype lapped the combination of the oval and twisty infield a total of 397 times.

The team will face this exact track layout at the race debut of the 963 in late January 2023 on the occasion of the 24 Hours of Daytona. The 2,274-kilometre distance covered on this track during these first test runs is roughly same as driving from Stuttgart to Istanbul. The test drives on the legendary American circuit threw tough challenges at the 500 kW (680 PS) hybrid vehicle. The external conditions, with temperatures hovering around 35 degrees Celsius combined with high humidity of over 90 per cent and regular showers, pushed man and machine to the limit – such enormous stresses offer the ideal environment to prepare the Porsche 963 for the fierce competition in the 2023 season.

On the first of two days, the team was hampered by climatic conditions: following US law, lightning strikes near the racetrack at Daytona Beach meant that all marshals had to retreat indoors to safety. Consequently, the start of the tests was delayed by 90 minutes. The new prototype, which will fight for overall victory at Le Mans, Daytona and Sebring from next year, then began its endurance run.

The works drivers Dane Cameron (USA), Matt Campbell (Australia) and Mathieu Jaminet (France) shared driving duties at the wheel of the car with chassis number 03. Under the watchful eye of the experienced American team founder Roger Penske (The Captain), the squad improved the setup of the Porsche 963 and refined the interaction between the engineers, drivers and mechanics. 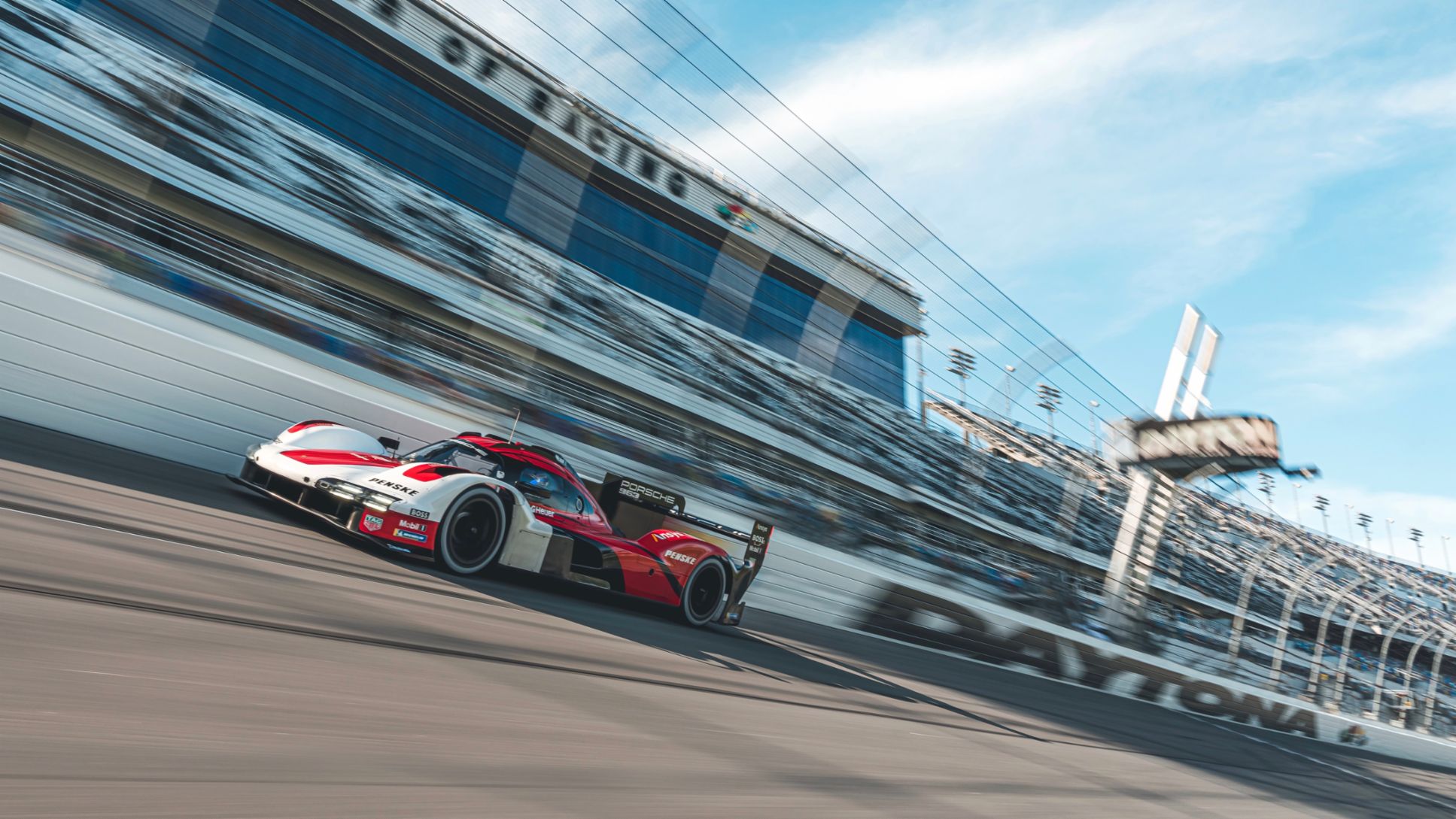