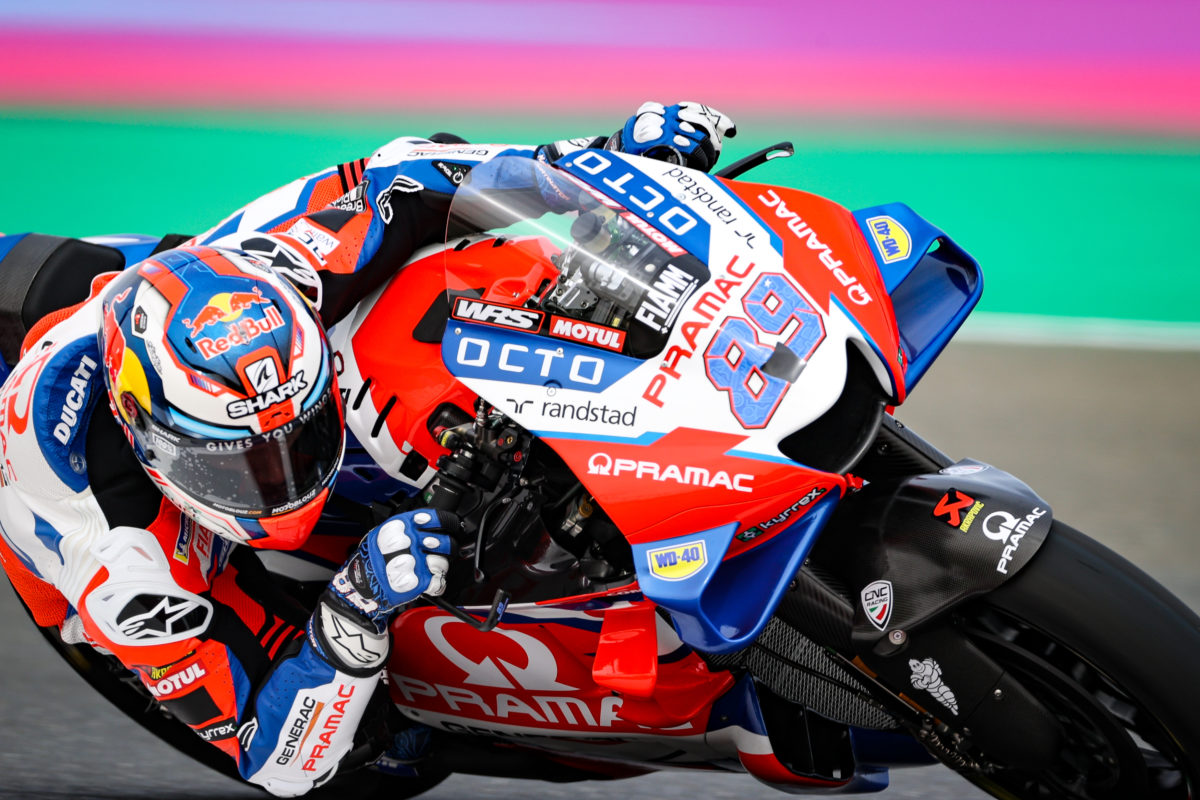 Prima Pramac Racing’s Jorge Martin heads into Saturday’s action at the Gran Premio Animoca Brands de Aragón with the time to beat after his 1:47.402 was enough to pip World Championship leader Fabio Quartararo to top spot in Friday practice.

Johann Zarco made it to Prima Pramac Racing Ducatis in the top three as Marc Marquez (Repsol Honda Team) enjoys a successful Friday back in the office – the Spaniard ends Day 1 in P8, 0.359s off P1.

Marc Marquez made a welcome return to the Grand Prix grid as the Aragon GP began, ending the day in eighth.

All eyes and cameras, were on the Repsol Honda Team garage as Friday dawned in MotorLand Aragon with Marc Marquez making his much-anticipated return to competition.

Although still recovering from the fourth surgery on his right arm, Marquez wasted little time in getting to work and headed out as soon as Free Practice 1 began. The session was spent getting back up to speed and understanding the 2022 Honda RC213V around the Aragon circuit, one of Marquez’s favorite tracks.

From Free Practice 2, the #93 and his team began to explore further as they tried a new swing arm on the Honda machine. Setting his fastest lap of the weekend so far, a 1’47.761, with the new swing arm provided a positive boost to the day. Ending Friday as the eighth-fastest rider overall and within 0.4s of the quickest time was further demonstration of Marquez’s fitness level and the recent developments made to the RC213V.

“I am very happy to be back on the bike and riding in MotoGP again. The feeling from the morning to the afternoon improved a lot. In the morning I wasn’t riding well, and I was quite stiff on the bike. Then in the afternoon I was more relaxed, and I didn’t get as tired, and we were able to work in a better way. Overall, it was good to understand the bike and how to ride well at this track again. On my last run with the soft tire, I was putting in a good lap, but had a little bit of a moment in the final corner. If you’re making mistakes, it means you’re pushing which is good. There are some things to work on, but we on our way.”