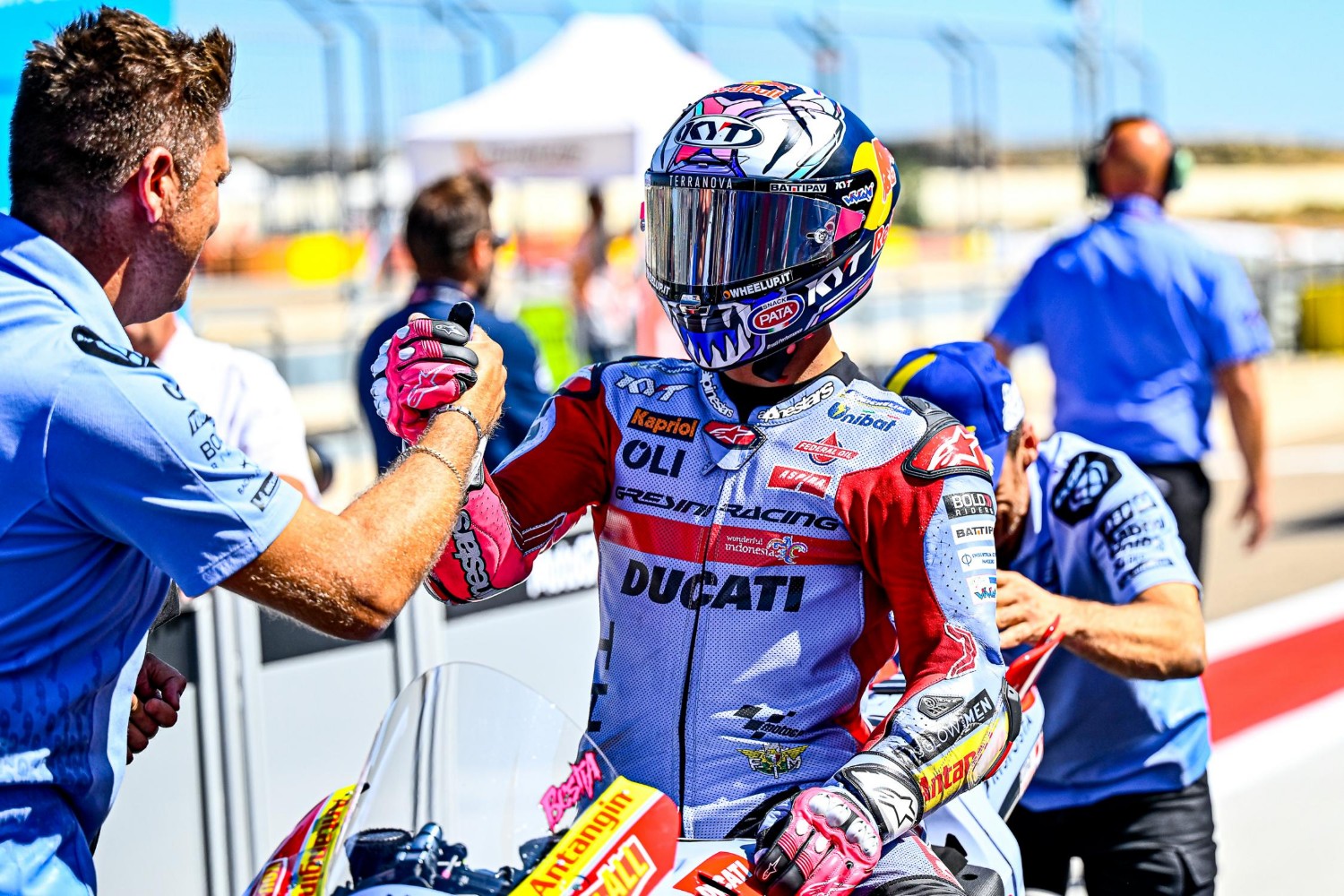 Enea Bastianini got the better of fellow Ducati rider Francesco Bagnaia to win the Aragon MotoGP, while Fabio Quartararo’s comfortable championship lead took a big hit after a crash on lap one following contact with Marc Marquez.

Marquez moved up from 13th to sixth coming out of turn one.

Marquez had a big moment on the exit of turn four which resulted in Quartararo riding straight into the Repsol Honda rider.

The contact between both riders resulted in the reigning world champion crashing out before Marquez had further drama three corners later.

Slow coming out of turn seven as the rear of his Repsol Honda was heavily damaged, Marquez unintentionally ran into Takaaki Nakagami who was on his outside, which led to a very scary fall for the Japanese rider and the retirement of Marquez.