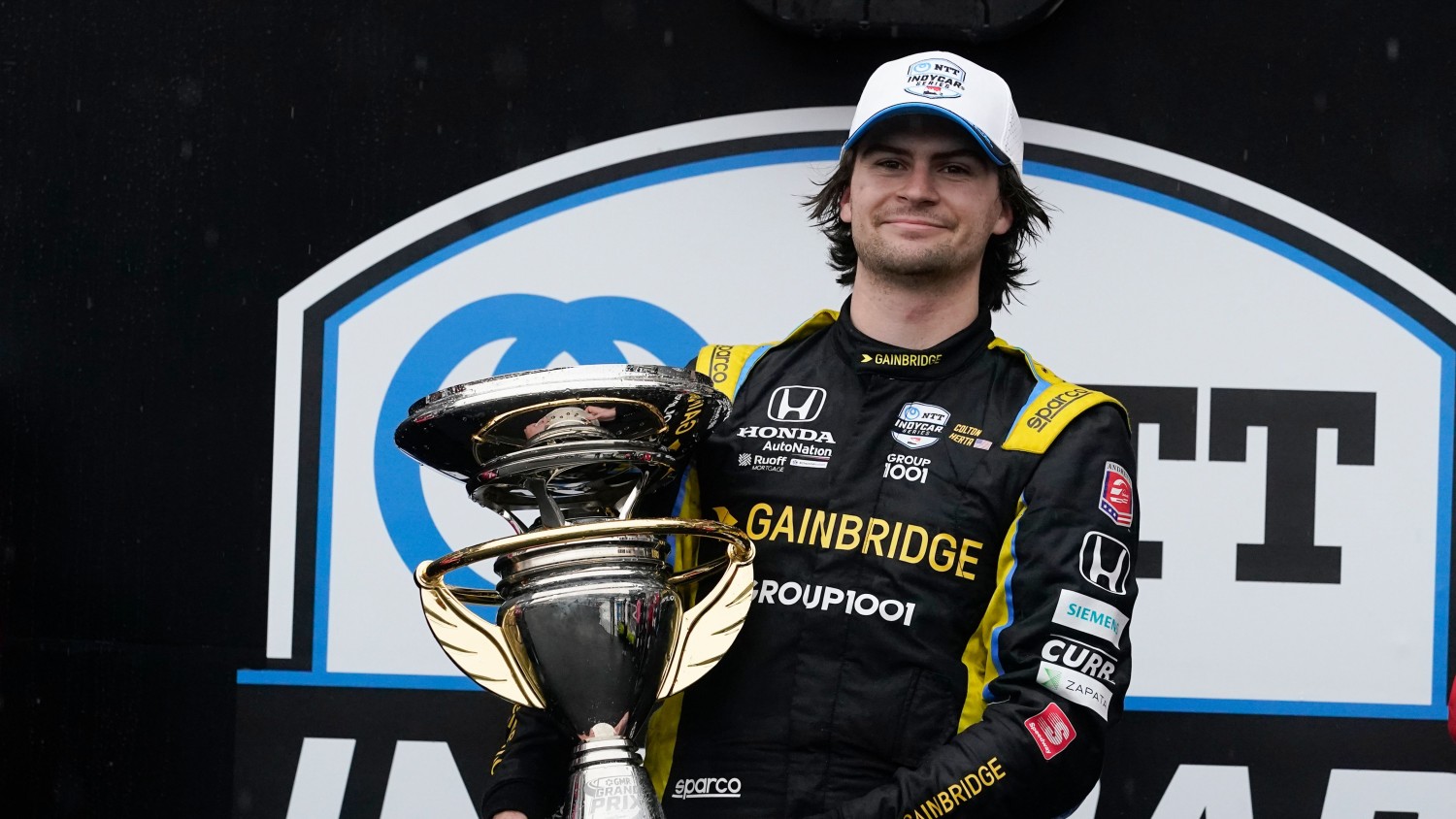 Colton Herta told Autosport’s David Malsher-Lopez that he will not drop down to a support series just to accumulate Superlicense points for and F1 license.

“I can understand the FIA’s position,” Herta told Autosport at the weekend. “I just feel that IndyCar is underrepresented in the Superlicense points structure.

“But from their point of view, with the current points structure, I get it. And I don’t want to come in as ‘an exception’.”

“I think it was possible to do something like [Asian Regional Formula], but I feel like I shouldn’t have to go race in a feeder series after I’ve been a professional driver for four years. So I didn’t fully consider it.

“Zak Brown said he’d be interested to run me in FP1s but he wouldn’t want to put me in a McLaren if I had a contract with AlphaTauri: it’s kind of going against your team!

“I think Michael [Andretti] is prepared to put me into F1, there is some longevity to that offer,” said Herta. “I would understand if by the time I’m 26 he doesn’t want to put me in an F1 car.

“But I guess there’s a promise from this whole [Nyck] de Vries deal, right? He’s 27, he’ll be 28 by the start of next season, and it looks like what he did in Monza might have spiked some conversations about him getting a seat somewhere.

“Goes to show, if you get the opportunity, you need to maximize it, and he did, so fair play to him.

“In the next few years, there might be opportunities [for Andretti] to buy a team,” said Herta, who saw his boss’s attempts to start up an F1 team foiled by owners who didn’t wish to see monies split 11 ways instead of 10.

“Somebody might be looking to sell. If another engine manufacturer comes in and a team owner has an opportunity to sell, they might look at it very differently.

“But regarding my future, at the end of the day, it is the FIA’s decision. They listen to the teams a lot but it’s the FIA’s call over Superlicenses. They don’t want to piss off all their team owners and current manufacturers just to accept one more person. It’s a big puzzle with a lot of moving parts.”