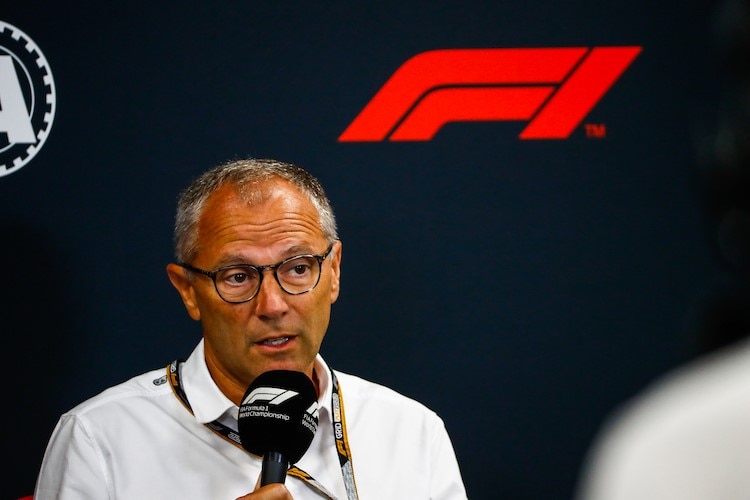 Stefano Domenicali is convinced the new rules F1 has implemented will result in the grid to get much more competitive over time.

“It is clear that a championship with these gaps between first and the second will not deliver the finale we saw last year,” explained Domenicali, speaking to Italian media.

“But despite this, we have already sold out in the remaining grand prix on the calendar. I believe that from a technical point of view, it is important to understand how quickly certain performance gaps can be closed, and this is one of the points on which the regulations were based.

“We also need to see how much the performance of the cars was influenced by the regulations, and how much was down to reliability or management [problems]. It needs a good analysis to understand what caused a big gap between the leaders and the rest.

“Because if we look at the ranking as a whole, we see that behind the leader there are tighter fights than in the past. I want to give a positive interpretation.

“I believe that in the next few years, the regulations will lead to an even tighter reduction of the gap that currently exists between the leader and the rest.”

“I think it’s a crucial aspect,” he added. “We need to be sure that whoever supervises compliance with the financial rules ensures that everything runs smoothly.

“I know that the FIA is working hard, and it is an important step because we need to be sure that all the teams have spent the same amount in the development of their cars. Everything must be checked and verified.

“This will be the central theme of the coming months and from here the credibility of these regulations will also come.”

However, McLaren technical director James Key has expressed his surprise at the way in which Red Bull and Ferrari have stayed clear of the opposition this year.

Speaking to the McLaren website, Key said: “I suppose I am a little surprised at how two teams have been able to find that extra bit of performance compared to everyone else.

“It was a tighter field at the beginning of the season, but it’s beginning to stretch out now, and I have to say, Ferrari and Red Bull have done an excellent job of exploiting more.

“It shows that even within a cost cap, if you’re a big team with an extensive infrastructure and a lot of knowledge and methodology built over many years, it still very much counts.

“It’s a level playing field in terms of the budget we’ve got, but it’s not in terms of where we’re all coming from – that gives us an excellent reference point to aspire to.”