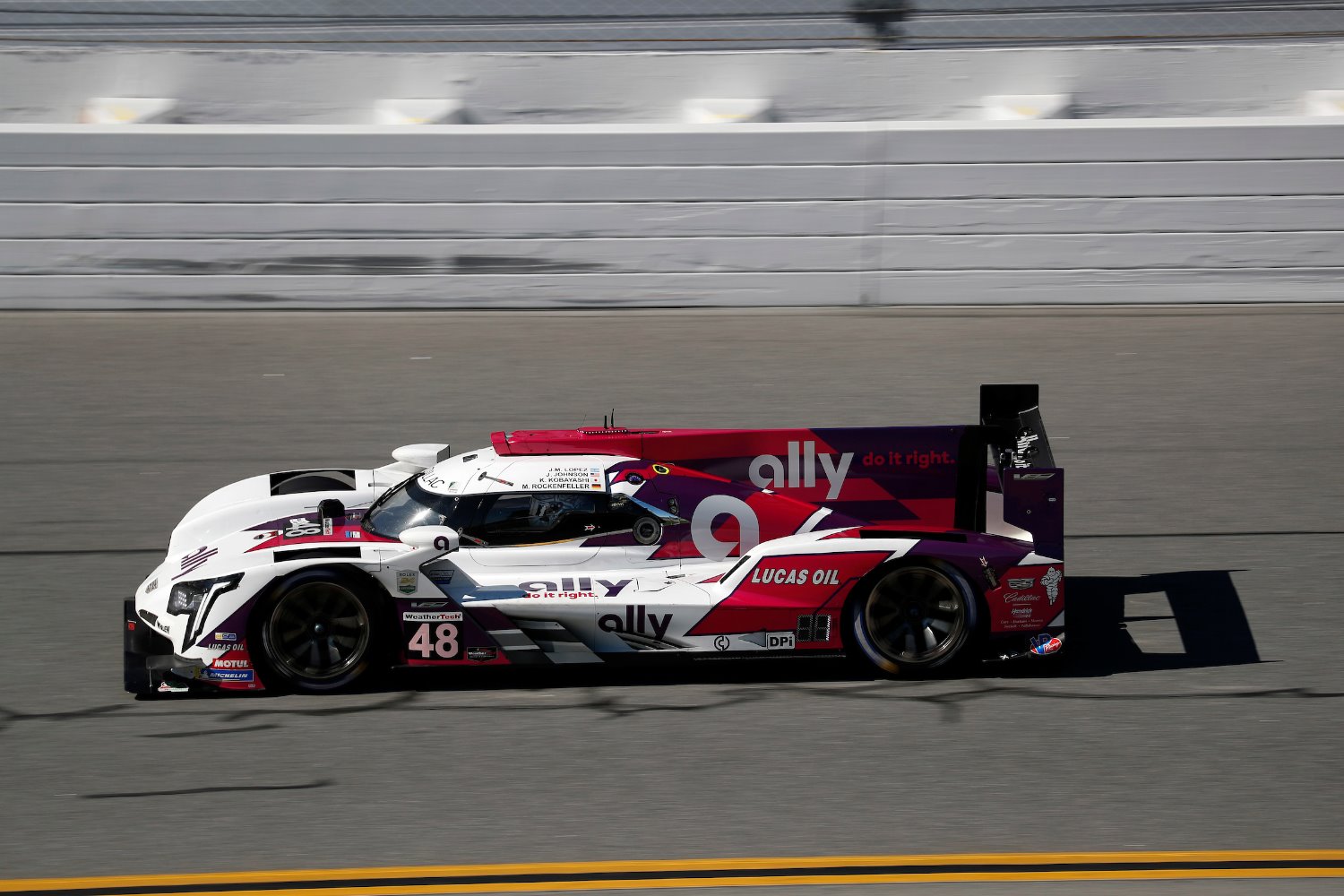 While five Cadillac DPi-V.R entries will contest the 10-hour Petit Le Mans at Michelin Raceway Road Atlanta to close one era of the IMSA WeatherTech SportsCar Championship, Cadillac Racing is simultaneously preparing for the next level of competition in 2023.

Starting with the 61st Rolex 24 At Daytona in late January, Cadillac Racing will enter two full-season Cadillac V-LMDh cars in the GTP class. Additionally, the Cadillac V-LMDh will compete in the WEC.

The 2023 hybrid race car and global competition are new. The passion, resolve and dedication of every Cadillac engineer, team member and driver to defining new performance standards are inherent.

For Cadillac Racing, which has been immersed in the DPi program since IMSA announced base regulations in 2015, it’s been an exciting and productive ride.

The Cadillac DPi-V.R has recorded 27 victories – tops among all manufacturers – and 80 podium finishes in 58 races heading into the final event of the season Oct. 1.

From chassis design in early 2015 through final testing in January 2017, hundreds of General Motors associates, GM partners and suppliers have contributed to the program that has realized on-track success and developed technology transferred to award-winning Cadillac V-Series street cars.

“The Cadillac DPi-V.R has proven itself as the most successful race car of its generation,” said Rory Harvey, Vice President Global Cadillac. “With the expansion of Cadillac Racing into the World Endurance Championship, we are excited to continue that success in North America as well as some of the most iconic tracks in the world.”

Quick out of the gate

Cadillac Racing took the inaugural season of the modern IMSA prototype era by storm in 2017, winning seven races with seven pole positions and claiming every championship trophy. NASCAR Hall of Famer Jeff Gordon teamed with Jordan Taylor, Ricky Taylor and Max Angelelli in a Cadillac DPi-V.R to win the season-opening Rolex 24 At Daytona. 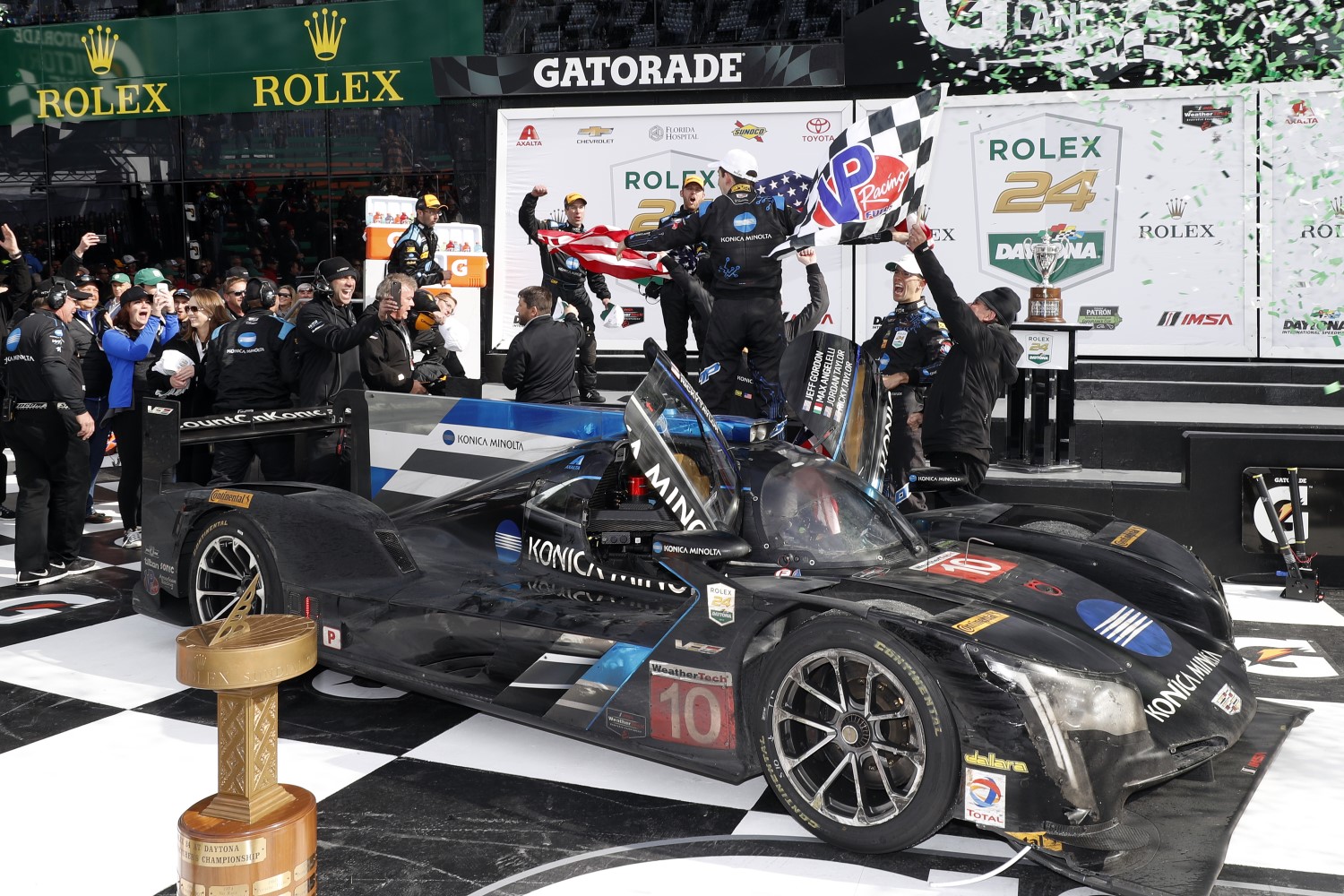 Said seven-time NASCAR champion Jimmie Johnson, who will co-drive the No. 48 Ally Cadillac DPi-V.R in the season finale: “In one of these DPi Cadillacs, the pace and effort you have to drive around that racetrack is quite impressive, especially comparing it to my days in NASCAR. Some of the braking zones, the Bus Stop and the Carousel, it’s just mind-blowing how fast these cars can travel through those tight little areas.”

Fastest prototype in the world

This season, Cadillac Racing has recorded four victories – including podium sweeps at Sebring and Long Beach — and four record-setting pole starts ahead of the Petit Le Mans.

“I think it’s been an amazing time with the Cadillac DPi. It’s one of those cars that everybody in Europe says how beautiful it is, how fast it looks and it makes me proud to show pictures of it to people who don’t know motorsports,” said Renger van der Zande, who has three victories this season as co-driver of the No. 01 V-Performance Academy Cadillac DPi-V.R and eight overall since 2018 in a Cadillac DPi-V.R.

“To be going into that last race is something special. Every in-lap after the race I felt I had to enjoy the last dance around the track with this car because I’ve been driving it since 2018. It’s the fastest prototype in the world at the moment and it does feel like it, especially at Road Atlanta.”

Added reigning IMSA champion Pipo Derani, co-driver of the No. 31 Whelen Engineering Cadillac DPi-V.R who has six total wins in a Cadillac DPi-V.R since 2019: “The DPi era has been a fantastic regulation to be a part of as a driver because you get the luxury often to drive the perfect car. The cars most likely will be the ones that we’ll look back on in a few years as one of the quickest cars we’ve ever driven. For me, a fantastic time in my career when I achieved so much. Great time and looking forward to the future with Cadillac.”

Passion pushed Cadillac into motorsports in 2004 and it has continued through the DPi years. With the dawn of a new era of sports car racing, passion will continue to drive Cadillac Racing to new heights

Cadillac Racing DPi-V.R by the numbers

Circuit of the Americas: