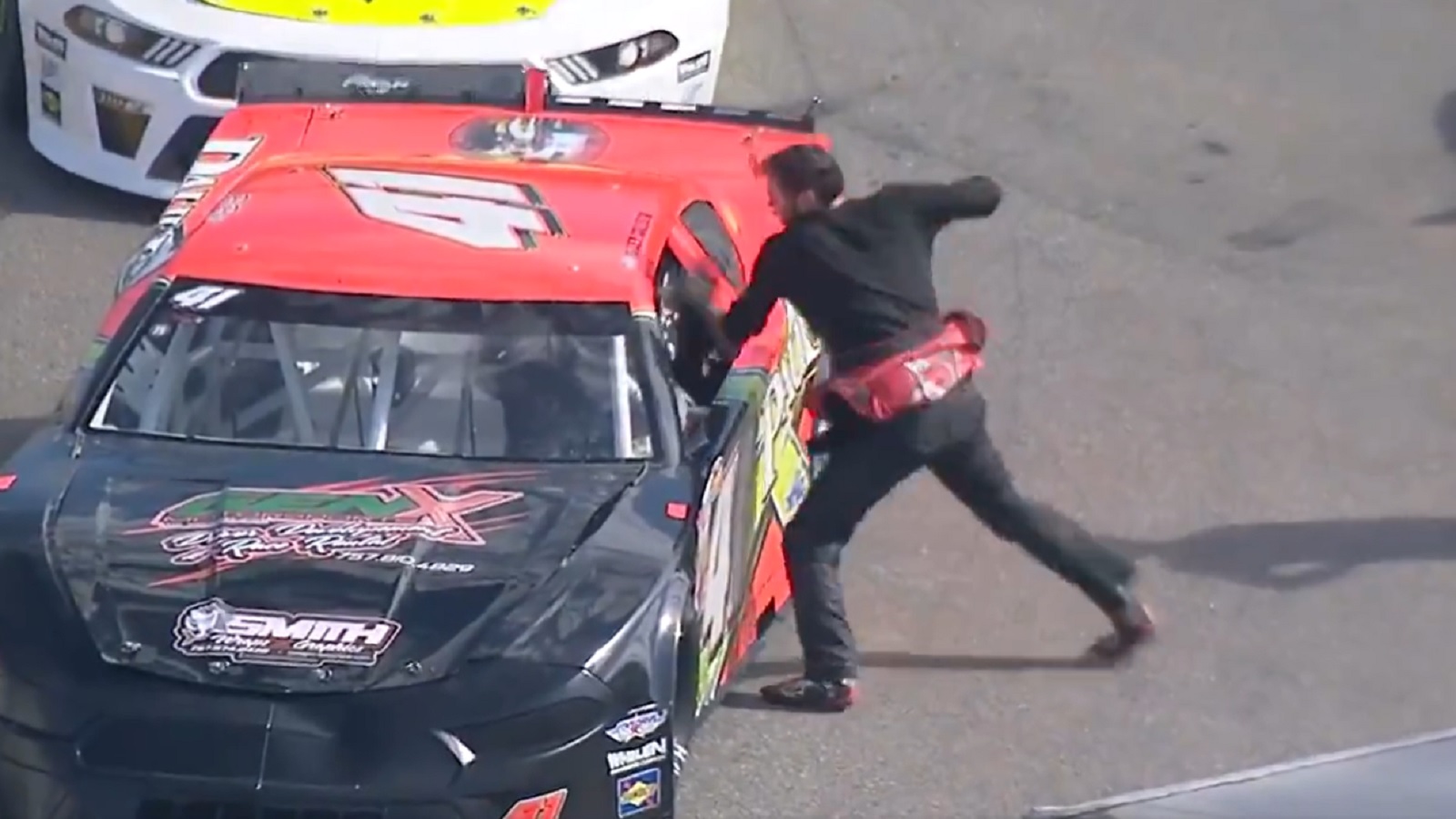 NASCAR Bubba Racing is a contact sport, and on Saturday it was contact between Andrew Grady’s fist and Davey Callihan’s head.

Cameras caught Andrew Grady taking out his frustration on Davey Callihan following an accident in their heat for qualifying races for the Martinsville 300, one of the world’s biggest late model races.

Grady later told Racing America’s Matt Weaver that he felt he and another competitor had been wrecked intentionally by Callihan, who was in position to transfer into the race itself after the crash.

Grady fumed: “He flipped me off, so I started Mike Tyson-ing his head.

“You get these dumbasses who get in here and run with us, and they have no business running a late model, much less a lawnmower.

“When you wreck a man, you can take a grown man ass-whoopin’.”

We’ve got tempers boiling over at @MartinsvilleSwy

Andrew Grady takes out his frustration on Davey Callihan after an accident in Heat 1@FloRacing pic.twitter.com/DeBkUQ27Xy

Funny you should use that gif when this was the interview after the fight. pic.twitter.com/hmy6C40s4k