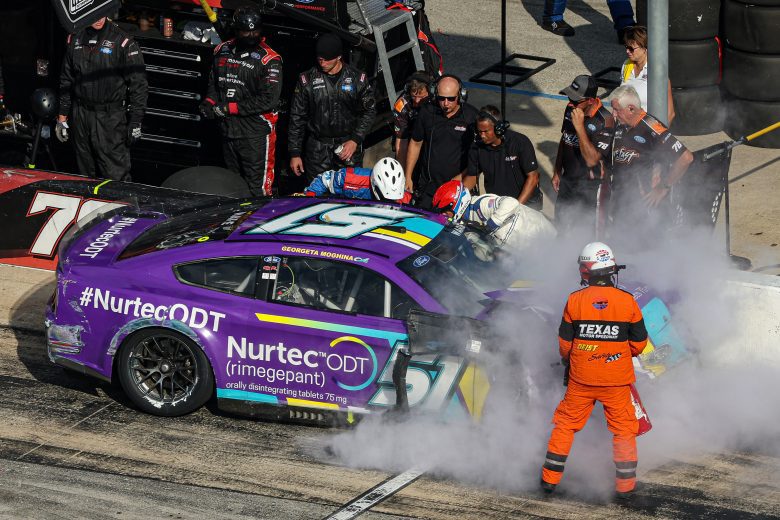 A Goodyear tire exploded (one of many during the race) and Ware crashed into the Turn 4 retaining wall, prompting the race’s eighth caution period, on the 167th of a scheduled 334 laps. His car careened off the barrier and then caromed off the pit wall before coming to rest.

“We are thankful to the track crew here,” said Robby Benton, team manager of Rick Ware Racing. “We had a bit of a delay going through the normal protocol of x-rays and reviews and making sure there were no fractures. All of that came back clear. He will be on the team plane with us to return to Charlotte tonight and we are happy he is OK.

“No broken bones,” Benton added. “I feel like we will probably follow up just as a precaution. He will see a specialist with Ortho Carolina once we get home. For as hard of a hit as that was, we are thankful it is as clean as it is and he will be okay to go home tonight.”