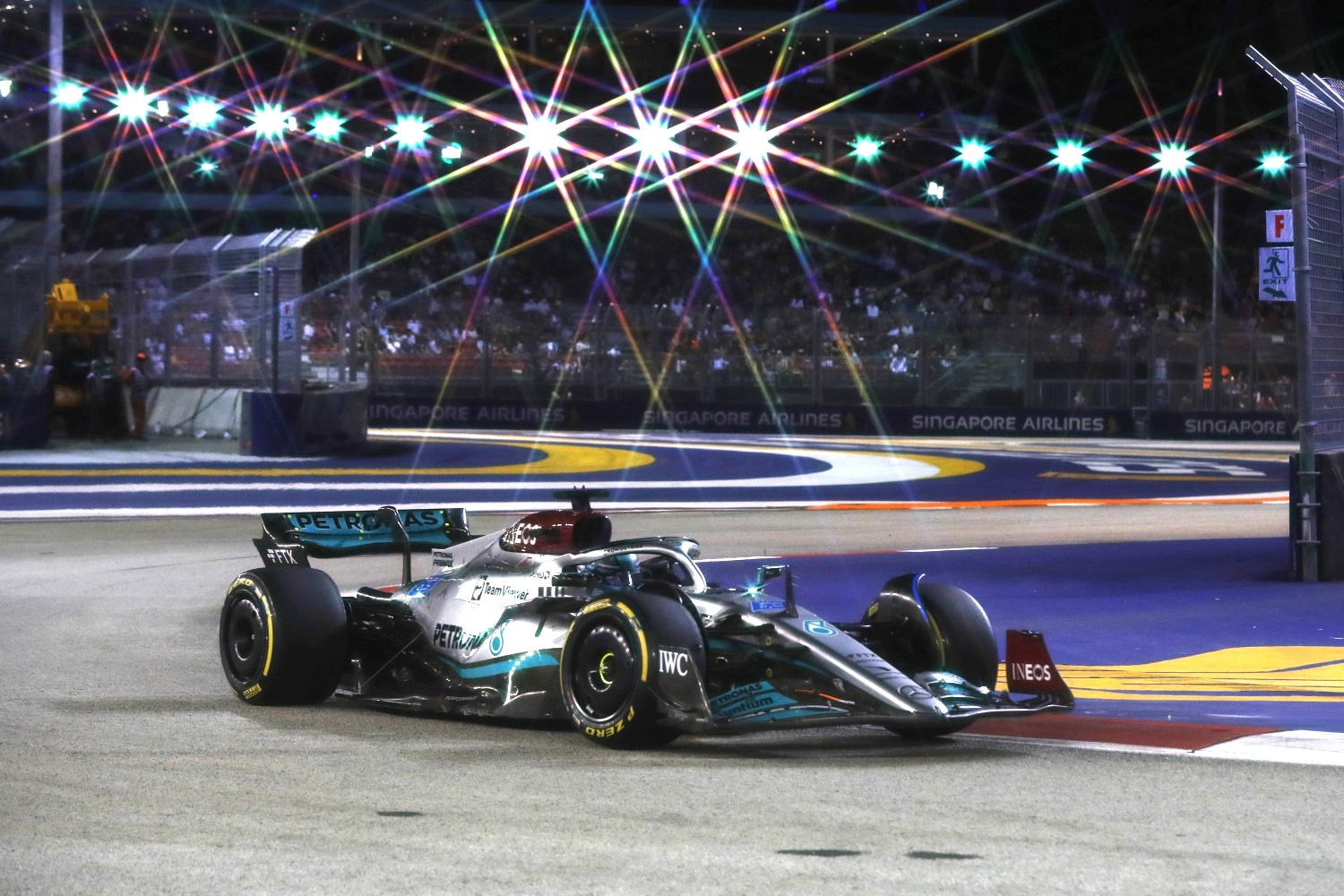 George Russell will start the Singapore Grand Prix from the pitlane after taking an engine change ahead of today’s race.

After qualifying only 11th the team has decided to make a strategic move and make a power unit change, giving him fresh elements for the remainder of the season.

Russell has taken a V6, turbo, MGU-H, MGU-K, control electronics and energy store, all of which generate penalties. He has also taken a new exhaust that is within his allocation.

“I had a recurring issue that we faced in FP1 where I kind of felt every time I got to the corner, I was kind of like picking up the throttle,” he said.

“And the car was just totally pushing on. I think we see this issue on the data. But it got progressively worse as qualifying continued.

“So I couldn’t get around any of the slow speed corners. It was literally like someone was trying to push me from behind. So that was a that was a real shame.

“It was there from the very first lap in qualifying, but it just got progressively worse. So yeah, really frustrating considering how quick the car has been around here, and how quick our race pace was.”

“But it’s something that I’ve never, ever noticed before, and never felt before. And it was clearly there in FP1 in my opinion. And as soon as I went out in qualifying something wasn’t right.

“The grip was feeling really strong, every time I got to a corner, I just completely let go of the brake. And I was just going straight on everywhere. I just couldn’t make it round any corners.”