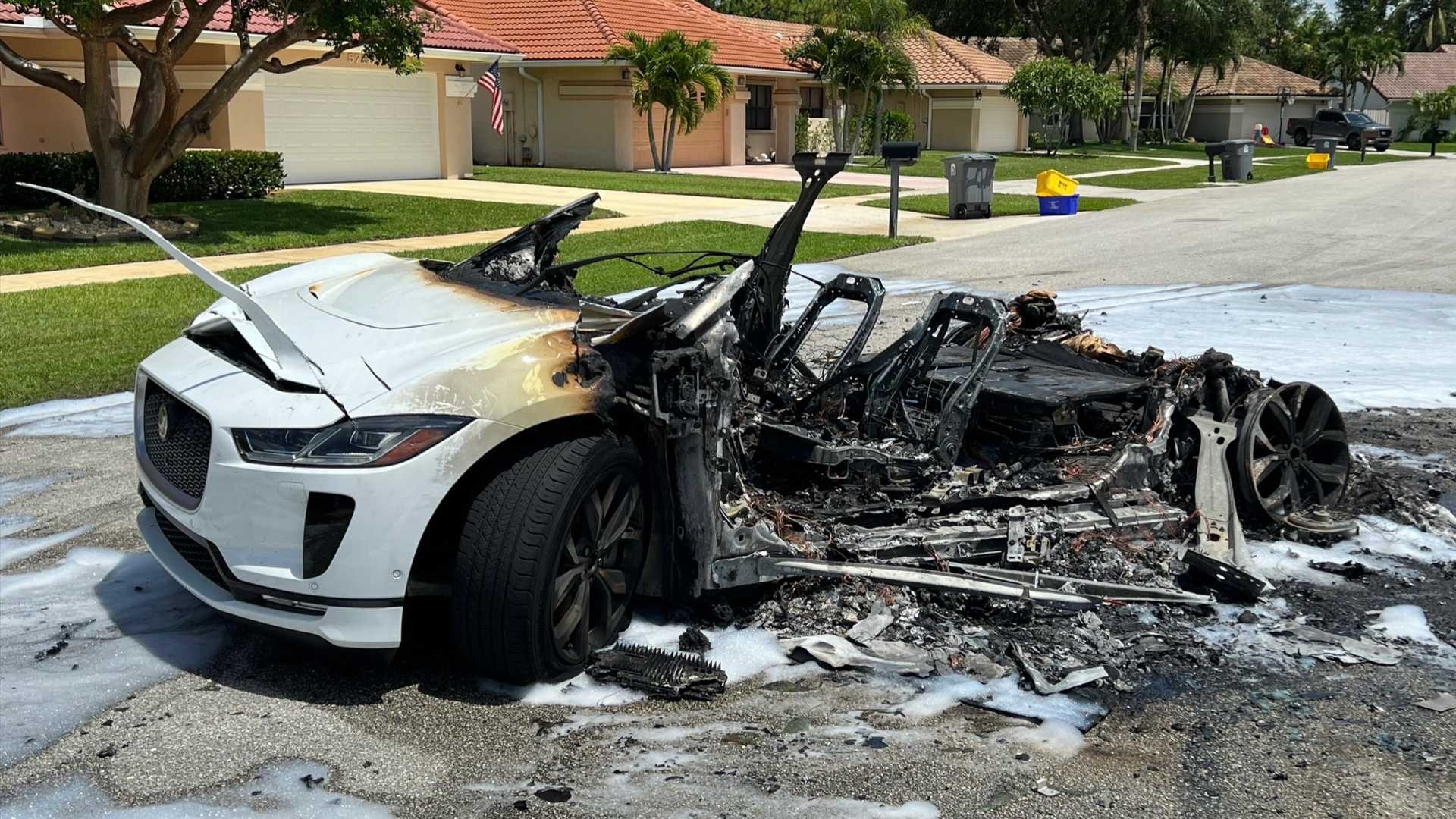 A Tesla driver (not the one showed above) was killed early on Saturday morning in Manatee County, Florida, when his car hit a tree along I-75 and burst into flames.

Investigators stated that a man was driving a Tesla southbound when he lost control of his car.

The car veered onto the highway shoulder and into a ditch where it hit a tree and caught fire. The driver tried but was unable to exit the vehicle and was pronounced dead at the scene after burning to a crisp. The man has yet to be identified.

This is not the first time a driver burnt to a crisp in an electric car fire, and it certainly won’t be the last.