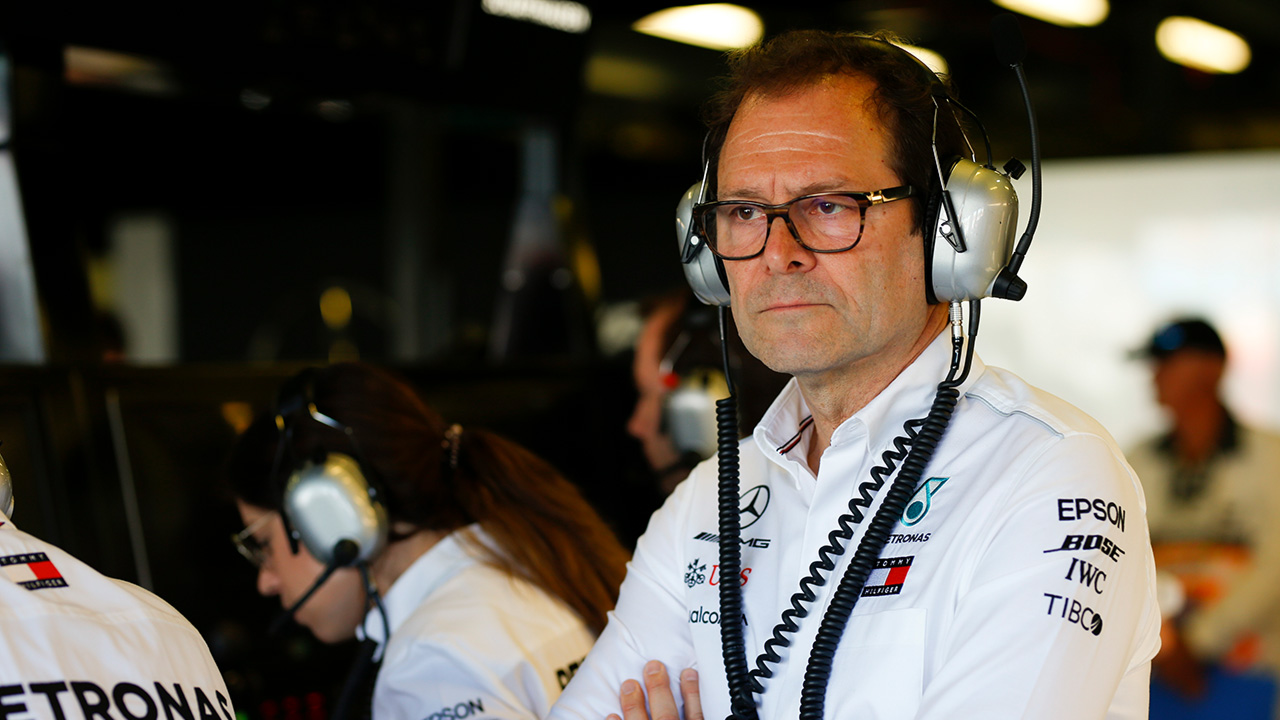 On this week’s Formula 1 On The Grid podcast, Mercedes Technical Chief Mike Elliott admits Mercedes made a design mistake early on in the design stage that has resulted in zero F1 wins so far this year, and there is a good possibility they will finish the year with zero.

Aldo Costa was their chief designer all the years Mercedes had the dominant car.  He was a behind-the-scenes guy who never wanted the limelight, but his car designs were unbeatable.

Costa has retired now, and Mike Elliott has taken the lead on the car design.

It’s kind of ashamed that Costa never got the recognition that he deserved because he never wanted the spotlight.  A true engineer, that relished in the fact, in his heart he knew he was the best, but preferred to let his designs do the talking.

Costa retired in 2019, but stayed on as a design consultant for Mercedes another year and designed the Dual Axis Steering (DAS) system that brought Hamilton yet another title in 2020.

Costa does not get credited with the car design for 2020 because he designed only the DAS portion of the car, but in fact it was his DAS concept and design on the 2020 car that gave Hamilton his 7th world title.

Aldo Costa F1 World Championships (No one else comes close)