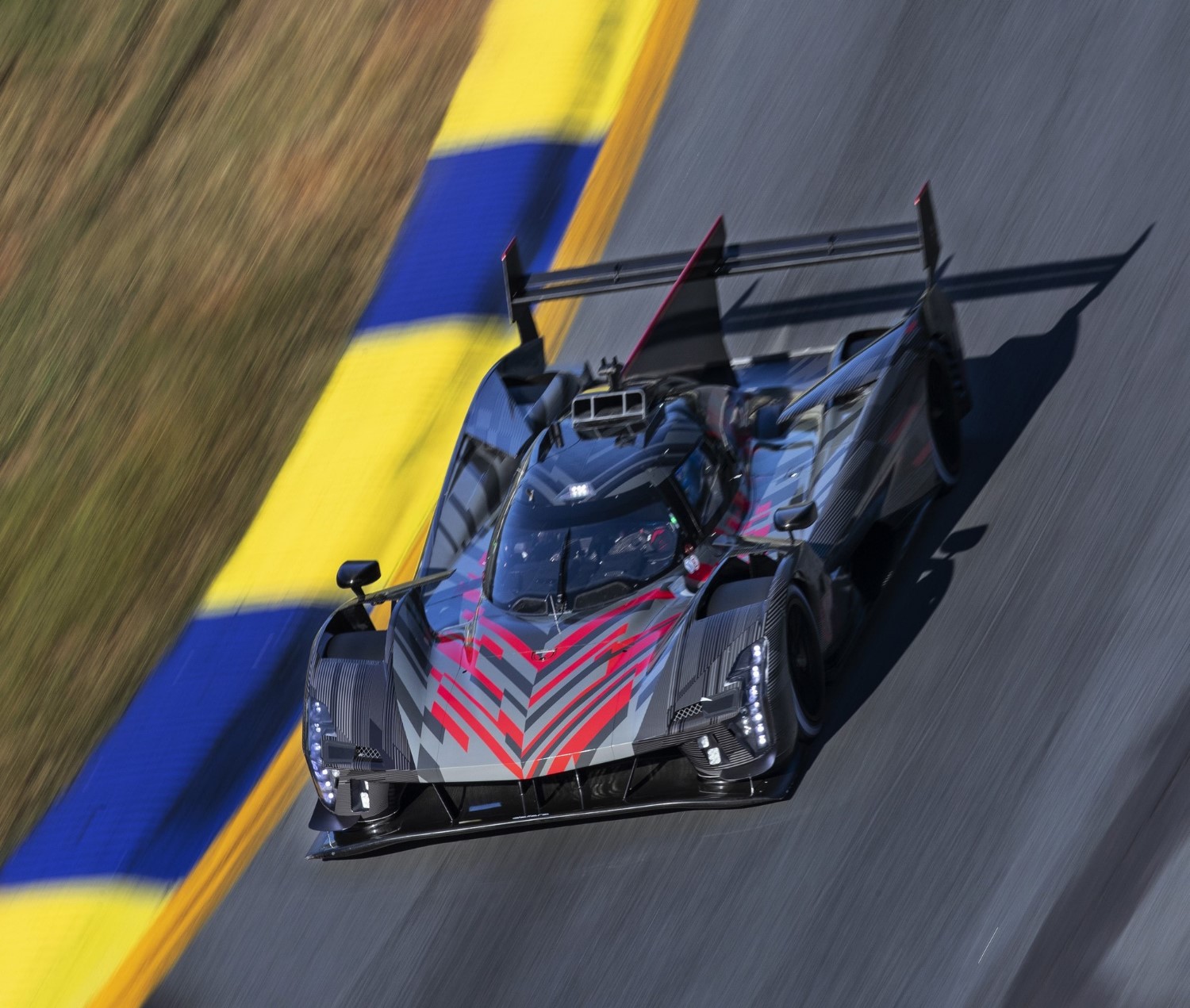 Two Cadillac V-LMDh race cars will contest the nine races of the IMSA season in the new Grand Touring Prototype (GTP) class, while one Cadillac V-LMDh will compete in all seven rounds of the WEC schedule in the Le Mans Hypercar (LMH) class.

Testing on the same racetrack under similar ambient and track temperatures within 36 hours of the checkered flag on the 2022 IMSA season was exceptionally beneficial, according to Cadillac Racing assistant program manager Kalvin Parker.

Cadillac surpassed a development milestone with 11,000 total on-track kilometers since the shakedown of the Cadillac V-LMDh in July. The test schedule is full leading into the Jan. 20-22 Roar Before the 24 at Daytona International Speedway, followed by the competition debut of the Cadillac V-LMDh on Jan. 28-29 at the Rolex 24 At Daytona.

“Getting comfortable with the further development we’ve had in the systems, accumulating data, getting acclimated to the tires and just durability is important,” Parker said. “We’ve been developing and adding new components as we move toward homologation, and it’s how robust are they.

“For the drivers, to go directly from the DPi into the V-LMDh on the same track has been really helpful to get an understanding of where the limits are going to be. They’ve been at a few tracks now where they can compare the differences in weight, differences in power. It’s noticeable the growth the teams have made from those first couple of tests to now in terms of comfort level with the cars, feeling they can push the systems and their understanding of the car.”

Veteran sports car racer Richard Westbrook, who this week was confirmed to co-drive the Cadillac V-LMDh with Earl Bamber and Alex Lynn in the seven WEC races in 2023, got behind the wheel of the all-new race car for the first time.

“It’s nice having a comparison while the DPi is still fresh in your mind, because it was a very well-sorted car by the end of the development,” Westbrook said of the Cadillac DPi-V.R that collected 27 victories and 82 podium finishes in 59 races covering six seasons. “Right now, we’re just making the car run, putting miles on it and that’s where the focus is. Stage two of the learning process would be unlocking some performance.”

Codeveloped by Cadillac Design, Cadillac Racing and chassis manufacturer Dallara, the Cadillac V-LMDh features an all-new Cadillac 5.5-liter DOHC V-8 engine developed by GM’s Performance and Racing propulsion team based in Pontiac, Michigan, that will generate more than 670 horsepower from the combined output of its engine and hybrid powertrain.

Regulations were created jointly by IMSA, the Automobile Club de l’Ouest (ACO) and the Federation Internationale de l’Automobile (FIA) to allow LMDh and Le Mans Hypercar cars to compete in the same classes in both the WeatherTech SportsCar Championship and FIA World Endurance Championship.

Pipo Derani, IMSA GTP driver for Action Express-prepared Cadillac V-LMDh: “It’s a strong base, as you would expect from Cadillac and so many great minds behind the project. When you start with a new car, you never know until you’re actually competing against everyone else, but the feeling of it is actually a good feeling – one that we can start working on and developing. So far everything has been very positive.”

Alexander Sims, IMSA GTP driver for Action Express Racing-prepared Cadillac V-LMDh: “It was really, really nice to get a solid haul of laps. Good times, did some fast laps as well, which was nice. Some long runs, got a good understanding of the car through a full stint and then did a few bits of slightly more performance testing towards the end of the day. Nice to feel a bit more comfortable with the speed of the car. Obviously still work to do, but it’s been a solid test day.”

Sebastien Bourdais, IMSA GTP driver for Chip Ganassi Racing-prepared Cadillac V-LMDh: “The car is powerful. It’s making close to 700 horsepower, obviously, but when you couple that with quite a bit less downforce – like significantly less downforce – it’s definitely a car that gives you a run for your money. You have to work at it. You’ve got some good mechanical grip, but then the weight negates that some. Aero-wise, you get there pretty quick but then you can’t lean on the aero quite as much. You get there fast, but it’s a bit harder to stop. When you get to the corner, you’ve got to stop it more. It’s definitely a car that keeps you awake.”

Renger van der Zande, IMSA GTP driver for Chip Ganassi Racing-prepared Cadillac V-LMDh: “As a driver you can give your feedback to the great engineers that we have and they start working on the comments you give what you need to win races in the future, so it’s a very interesting period. The sound of the engine is so raw and so Cadillac as well. I’ve been impressed on the sound and to drive away on the electric side of it is impressive. It’s way more powerful and it puts a big smile on my face. One of the development points you can use out of the DPi era is you go to a track like this where you can have those back-to-back feelings and give your feedback. It’s going from big tuning to fine tuning. You don’t get those opportunities often.”

Richard Westbrook, WEC driver for Chip Ganassi Racing-prepared Cadillac V-LMDh: “Some things are better, some things need improving on of course. It’s a brand new car, but a really good first impression. I’m really happy to get my first run out of the way. It was really enjoyable. It’s nice having a comparison while the DPi is still fresh in your mind because it was a very well-sorted car by the end of the development. Right now, we’re just making the car run, putting miles on it and that’s where the focus is. Stage two of the learning process would be unlocking some performance. That’s the bit I’m looking forward to.”