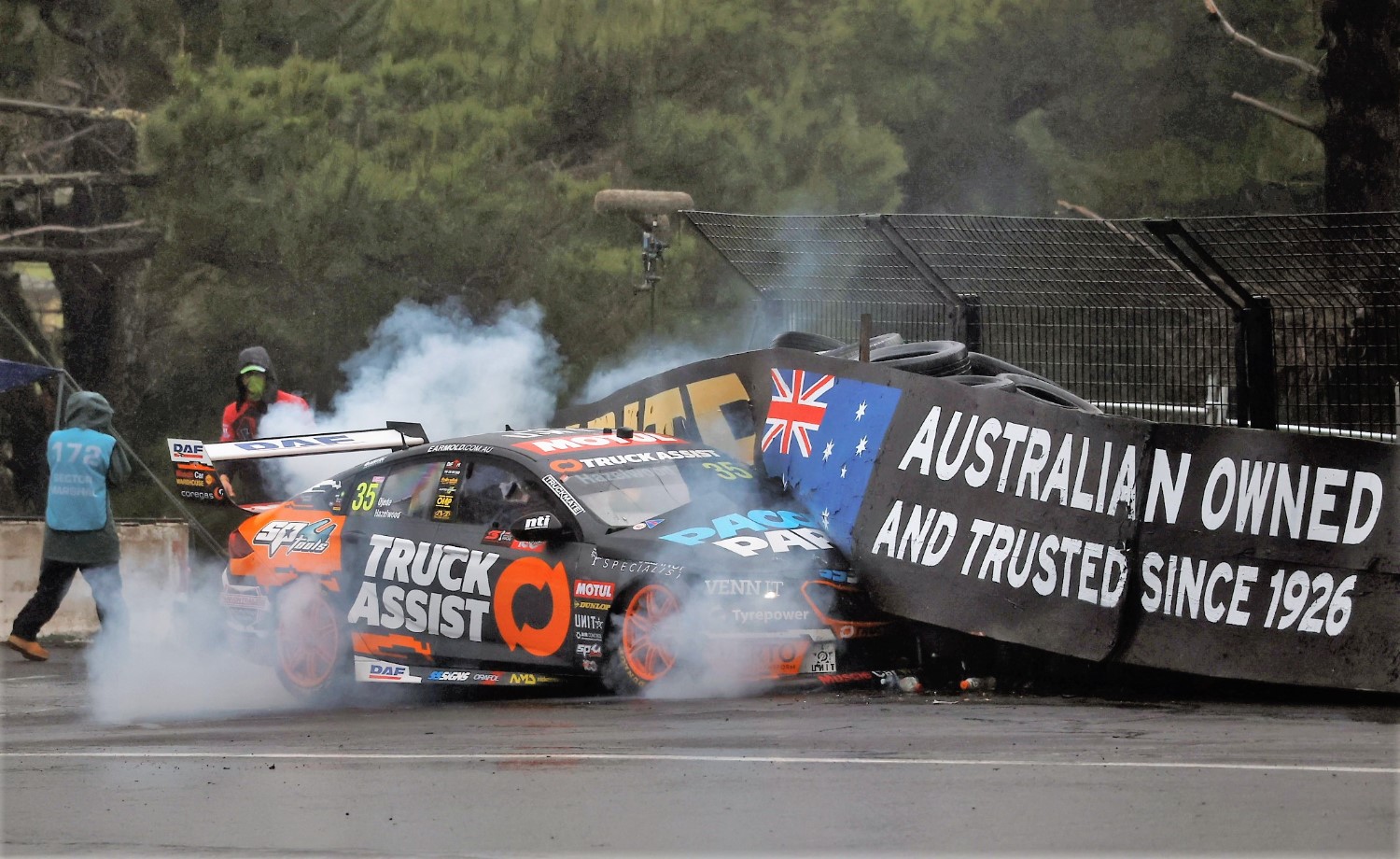 In the final practice session for the Repco Bathurst 1000 before this afternoon’s crucial ARMOR ALL Qualifying, drivers have slipped and slid their way across Mount Panorama.

Eleven drivers either slid off or crashed in a practice run that was ended early by a red flag, the third of the session.

Even seven-time Bathurst winner Craig Lowndes went off track coming down towards the final corner, an area of the track that saw every driver struggle to master the wet conditions.

In the end, defending Supercars’ Champion Shane van Gisbergen cast aside previous dramas to set the pace as quickest driver in rain-hit Practice 4.

Todd Hazelwood crashed at Griffin’s Bend, and Macauley Jones at The Chase. Will Brown’s accident at Reid Park, with 13 minutes remaining, saw officials call the session as the car was retrieved.

Through it all emerged van Gisbergen, whose 2:30.292s was a full second ahead of the rest.

Noted wet-weather maestro Richie Stanaway was an impressive fourth ahead of Brown.

Craig Lowndes suffered the most dramatic fate as he surfed through water, which he described as a “water tunnel”.

ARMOR ALL Qualifying is scheduled to commence at 4:15pm local time.

The top ten drivers from this session will fight it out in tomorrow afternoon’s famous Top Ten Shootout, that will decide the starting grid for Sunday’s Repco Bathurst 1000.