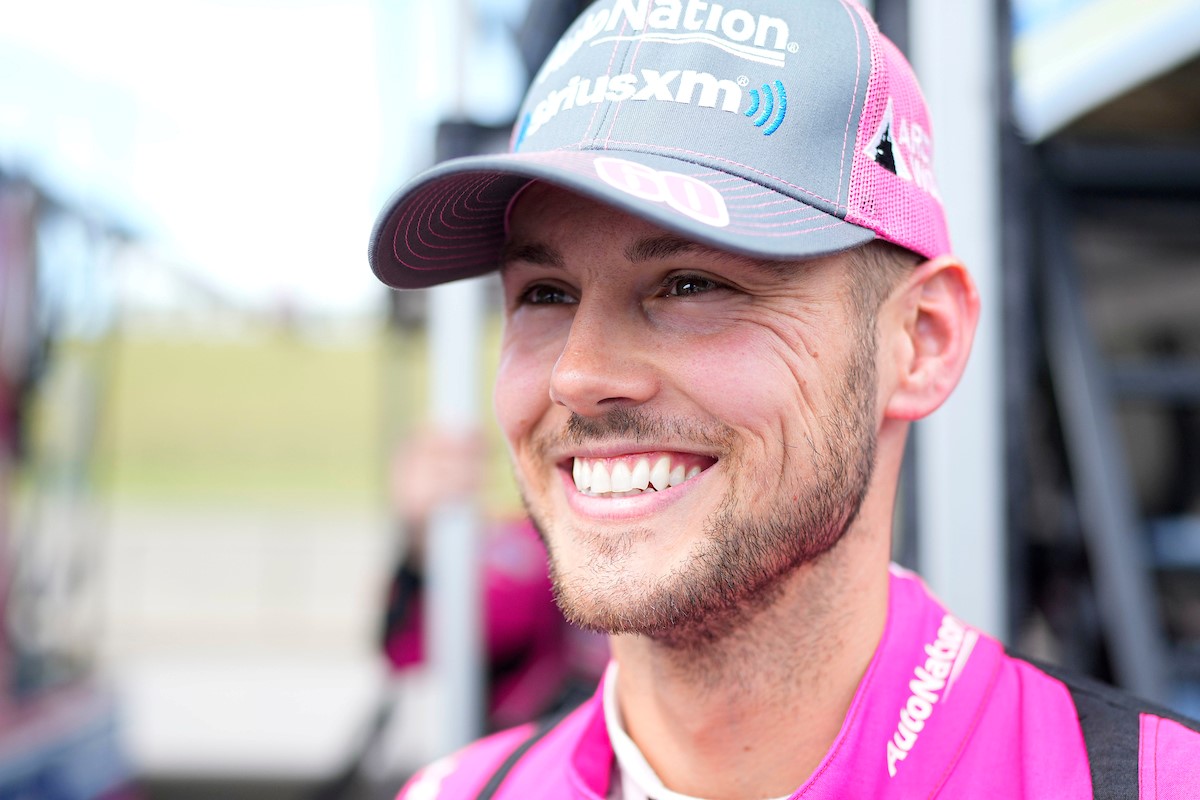 Tom Blomqvist has joined multi-series winning United Autosports for an assault on the 2023 FIA World Endurance LMP2 Championship title while Oliver Jarvis has re-signed to race once again with previously announced Josh Pierson in the #23 Oreca-07.

Blomqvist has won titles in both single-seaters and sportscars, claiming the 2022 IMSA DPi Championship alongside United’s current #23 WEC driver Jarvis, with pole-position and subsequently victory in the season-ending Petit Le Mans at Road Atlanta (1 Oct).

Born in Cambridge (UK) and raised in New Zealand, Blomqvist hails from a motor racing background with his father, Stig, claiming the World Rally Championship Driver’s title in 1984. A motorsport all-rounder with wide-ranging experience in sportscars, Formula E, GT and DTM, Tom has established a reputation as one of the world’s leading racing talents.

The Meyer Shank Racing Acura IMSA team-mates will drive alongside American Josh Pierson, who is remaining as the mandatory silver-rated driver in #23 for a second season.

Blomqvist, 28, is replacing Alex Lynn, who will be racing for the Chip Ganassi Racing Cadillac team in the Hypercar division of the WEC next year.

The deal brings Blomqvist back to the WEC for the first time since 2021 when he finished runner-up in P2 with the JOTA team, sharing with Stoffel Vandoorne and Sean Gelael.

Jarvis, who made his WEC debut in 2012 with the first of two consecutive Le Mans 24 Hour race podiums, raced with United for the first time at Fuji (WEC) in 2019 – claiming third-place. He signed with United again for this season’s WEC campaign, winning the opening Sebring race with Pierson, with Alex Lynn joining forces from Spa and is now heading to the Bahrain finale (12 Nov) placed second in the standings.

Tom Blomqvist:
“I’m delighted to be joining United Autosports for the 2023 WEC campaign. They have proven themselves as one of the top teams in the world of endurance racing and I’m thrilled to be working with all of the team. I had a successful year with Olly, winning the IMSA championship together, so teaming up with him and Josh makes for a really exciting lineup! It’s great to be back in the WEC paddock, returning to Le Mans and in the ultra-competitive LMP2 category – so big thanks to Zak and Richard for showing their trust in me.”

Olly Jarvis:
“I am delighted to continue with United in 2023, and remain teamed up with Josh. We tasted victory together in Sebring earlier in the year, and I’m confident we’ll finish this season strong in Bahrain and come back even stronger next year.
Tom will be a great addition to our #23 team. He and I have been teammates all year having just won the IMSA Championship together, so it’s great to continue with him in WEC. The three of us together will be a force to be reckoned with, and I know all of us have the same goal – winning Le Mans and the overall championship!”

Richard Dean
“We are delighted to welcome Tom to our team for WEC 2023 and to have Olly stay with us for a second season cements a super strong line up alongside Josh for next year. Tom and Olly have both had a tremendous season in IMSA this year, winning both Daytona 24 Hours and Petit Le Mans and finishing the season as IMSA Champions. They both have very successful Le Mans 24 and WEC experience in LMP2 so we will pushing hard to win back our WEC and Le Mans title next year.”

Zak Brown
“In Tom, Olly and Josh, we have an awesome line-up in the #23 for next year’s WEC. Tom has shown amazing talent in many different categories and I’m thrilled to have him onboard at United. With Olly now re-signing and linking up again with Josh, we have a mega squad!”