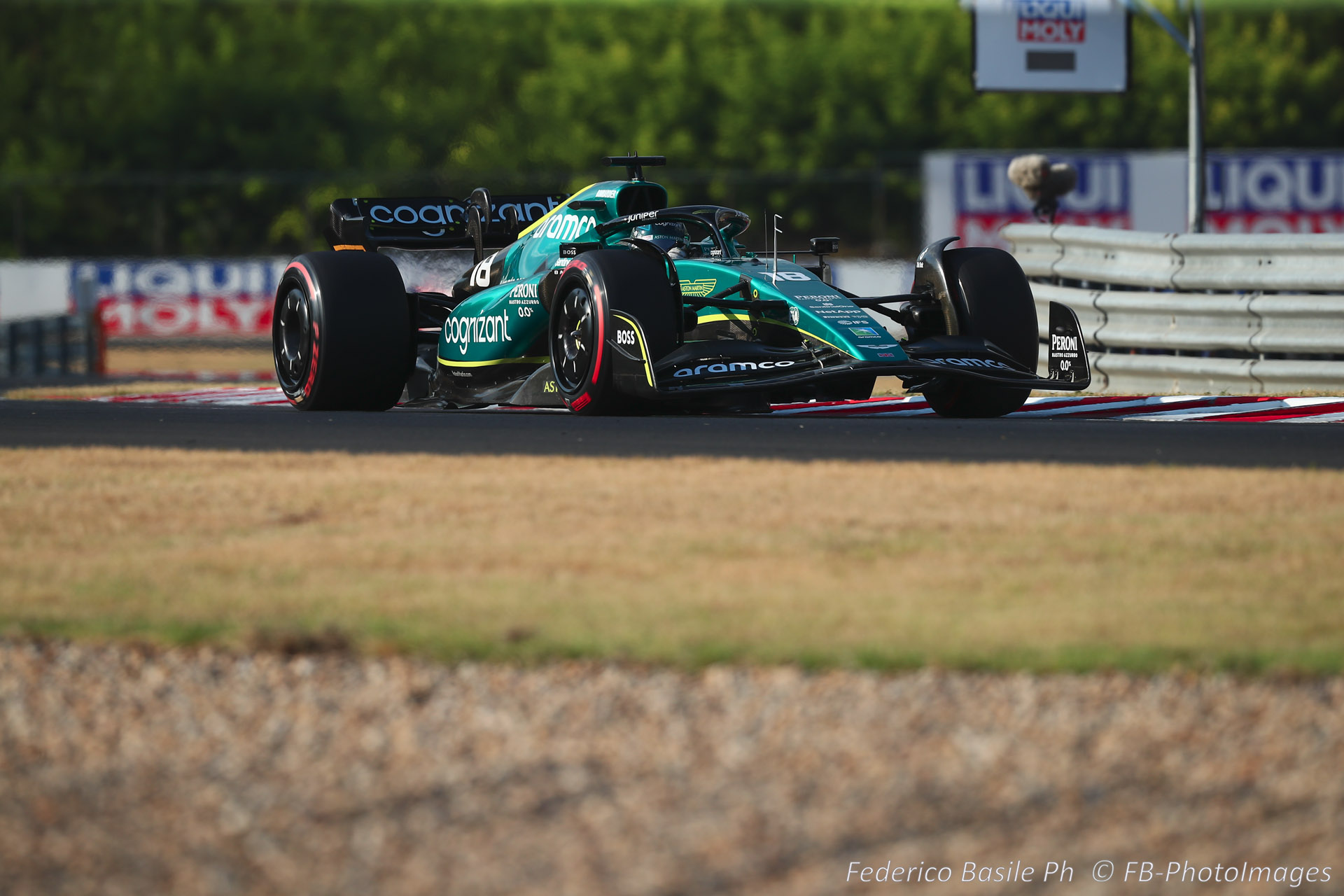 Aston Martin’s ‘armchair’ rear wing will be banned as of next season.

F1 chief technical officer Pat Symonds says it had the potential for it to push the cars “in the wrong direction”.

The Silverstone-based team raised eyebrows with the unique design in Hungary that was used at high-downforce circuits in the second half of the season.

This year Formula 1 welcomed a new era of technical regulations, the cars designed around ground effect aerodynamics and with simpler wings aimed at creating clean air flow off the cars.

The FIA mandates in the new regulations that curvature must be integrated into the end plate, producing the low-sided shapes we have seen up and down the grid.

These designs create clean outwash, in theory disturbing the air around the component a lot less and creating a cleaner airflow for following cars.

And then came the Aston Martin rear wing, completely legal under the FIA’s own regulations but not quite in the spirit of them.

Introduced at the Hungarian Grand Prix, the wing resembled last season’s rear wing more closely than the the 2022 iterations.

Billed as a “game-changer” by Sky Sports’ pit lane reporter Ted Kravitz, he explained: “It catches more air. It stops the spill over of air from that rear wing main plate out to be lost or not worked by the rear wing to do any kind of downforce generation that we’ve seen on every other cars.

“[It’s] stopped the outwash, stopped the spill over and to regain a lot of the downforce they’ve lost since last year’s rear wing.”

Although rival teams raised their eyebrows, Aston Martin confirmed to PlanetF1 that “the FIA has confirmed in writing that our update was generated as a result of legitimate independent work in accordance with the Technical Regulations.”

But it won’t be next season, Symonds revealing the FIA had changed the regulations in order to ban it.

But asked if there was anything he wanted to tweak in the regulations heading into the second season of the rule set, Symonds replied: “No I don’t think so, I think we need to let them develop.

“There are a few little tweaks, we saw that unusual rear wing on the Aston Martin earlier in the year and the regulations have been tweaked to not allow that next year because it had the potential to go in the wrong direction.

“But overall, I am pretty pleased with it.”

Aston Martin’s performance director Tom McCullough felt there was a clear “advantage” created by the wing.

Conceding he understand why the FIA had made their decision, the Briton was nonetheless proud of his team for coming up with something novel when the FIA had done everything they could to eradicate gray areas in the rules.

“I think what was nice this year is the fact that we came up with something novel or new, which was a very difficult interpretation of the rules that added performance to our car,” he told the media.