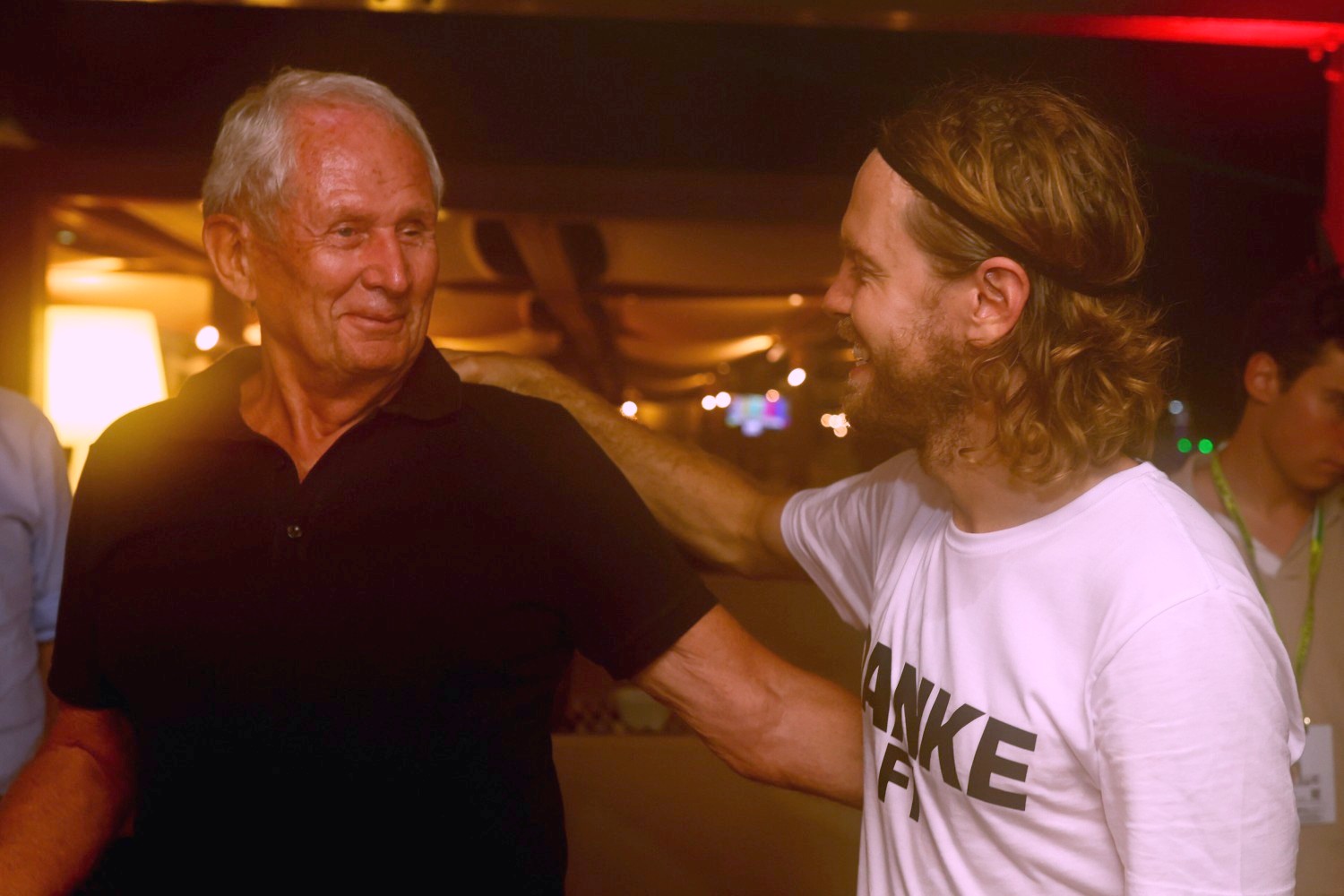 79-year-old Red Bull motorsport adviser Helmut Marko has says that Sebastian Vettel could take up his role within the Red Bull team when he eventually decides to retire.

Marko acknowledged there was “just chit-chat” with his former driver in Abu Dhabi about such a role materializing in the future, with the four-time former World Champion who won all of his titles with Red Bull from 2010 to 2013

Marko, who oversees Red Bull’s junior driver program and more, hinted Vettel would be the kind of person who could fill his position one day.

“It’s not out of the question he will come back in a top management position,” Marko said on Sky while on camera with Vettel, quoted by Motorsport-Total. “I’ll be 80 soon. That would be something!

“We had a discussion and I think if he could get a top management position, that might appeal to him. That’s what emerged in the talk.

“But now we’ll let him plant some trees for once and then we’ll see what happens. He would certainly have the potential and he would have that personality for it.

“We have heard the message. We have two teams. We are open. But Sebastian, it’s a serious difference – as top management you have to be there earlier, leave later and you only get a fraction of the money you are used to as a driver!”

“He’s one of those guys who is annoyingly good at everything they tackle. I’m sure if he decided to go down that career path, I’m sure he’d be very good at it,” Red Bull Team boss Christian Horner admitted.

“He’s a judge of character. He understands the value of people and he understands the contribution they make to success. It’s entirely up to him which topics he wants to devote himself to now.”