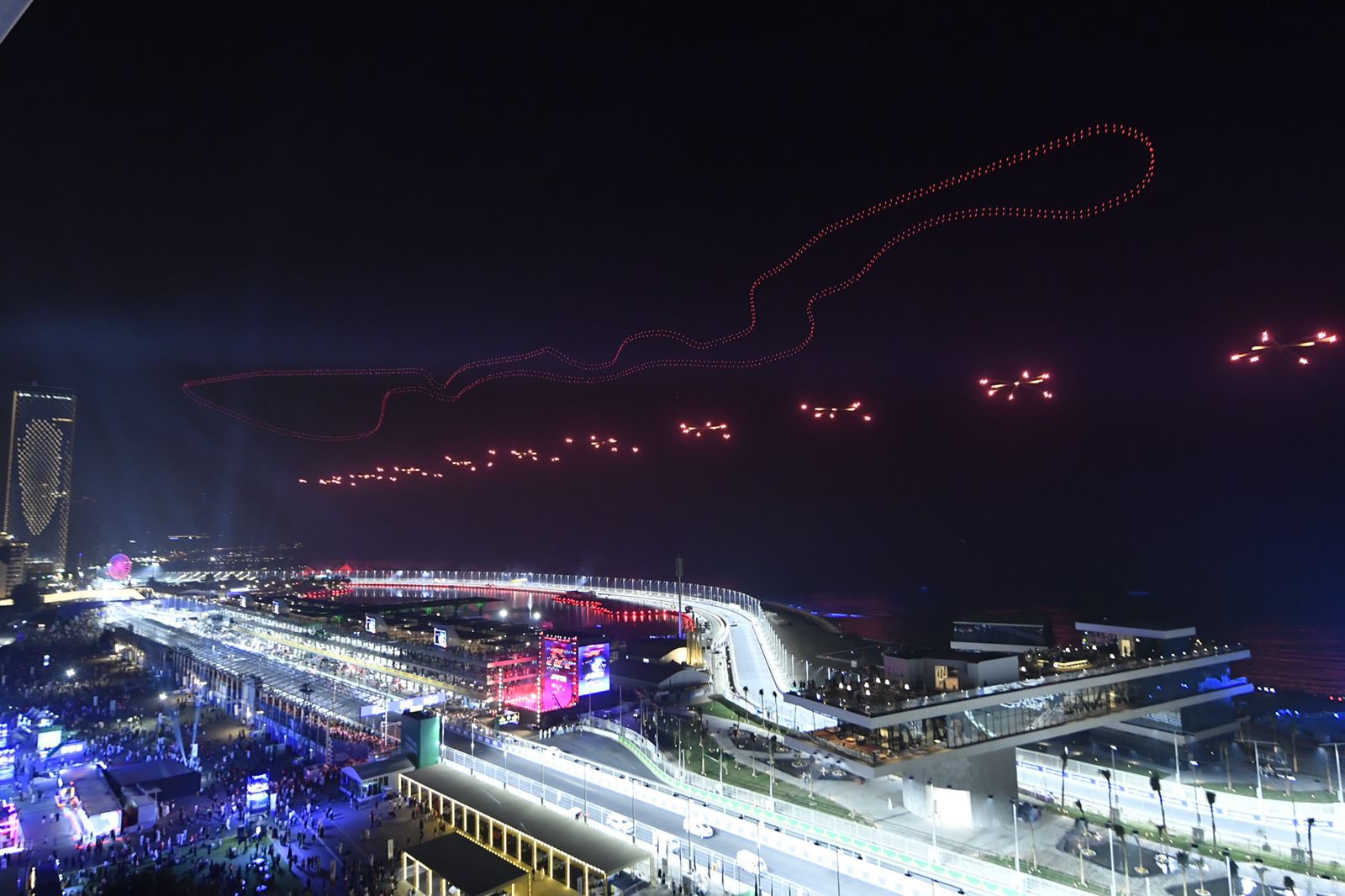 The Saudi Motorsport Company (SMC), Promoter of the FORMULA 1 STC SAUDI ARABIAN GRAND PRIX 2023, has confirmed further changes have been made to the Jeddah Corniche Circuit – the world’s fastest street circuit – ahead of the return of the pinnacle of motorsport to the Red Sea coast next March 17th – 19th.

The circuit modifications have been made in cooperation with track designers Tilke GmbH after consultation with the FIA, F1® and drivers with a view to further improving driver sight lines at specific sections of the circuit and refashioning various curbs, in line with new recommendations brought about after the introduction of the new F1 cars at the beginning of this year, to deliver smoother, safer, and even more exciting racing.

One of the most significant changes to be confirmed is the addition of ‘Rumble Lines’ at Turns 3, 14, 19, 20 & 21. A Rumble Line can be defined as an adhesive on the ground similar to ones used on highways giving the driver notice that they are out of lane – in F1® terms this effectively ‘shakes’ the car which causes traction to be lost, subsequently slowing it down. Moreover, beveled curbs have also been added in place of steel ones at Turns 4, 8, 10, 11, 17 & 23.

To further improve driver sight lines and visibility, Turns 14 & 20 have seen the shifting of the fence wall on the right and left hand sides respectively by 7.5m (T14) & 5m (T20) with an additional Rumble Line implemented in the verge between the white line and fence wall of these widenings. Additionally, the fence wall has been adjusted at Turns 8 & 10 to give drivers more visibility of the turn ahead.

Finally, Turns 22 & 23 – one of the main ‘action’ sequences on the circuit – has seen its ‘S’ shape squeezed via the adjustment of the fence at T23 and addition of a beveled curb with the aim of slowing down the drivers by approximately 50km/h.

In addition to the on-track changes, the wider JCC complex is also continuing to grow into a state-of-the- art home of sport, leisure, and entertainment. As the venue nears its first birthday, the long-awaited completion of the circuit Marina and Yacht Club – located at the famous 12-degree banked Turn 13 – and in-field restaurants from where fans can enjoy high-end culinary offerings while watching the on-track action next March, draw ever closer with both expected to be ready in time for the third edition of the Formula 1 stc Saudi Arabian Grand Prix.

Martin Whitaker, Chief Executive of the Saudi Motorsport Company, commented on the new changes: “The evolution of the Jeddah Corniche Circuit continues apace and we are excited to add these further tweaks to our magnificent track as a result of positive consultation with the FIA, F1 and the drivers. The previous two races here in Jeddah have already confirmed the JCC as the world’s fastest and most exciting street circuit and these new developments will only add to the spectacle that fans can expect to see next March when F1 returns to our city. It is vital for any circuit to listen and learn from those racing on it and use their feedback to grow and improve at all times. We are confident these changes will lead to even faster, more exciting and – crucially –  safe racing and we can’t wait to see the world’s greatest drivers battle it out here under the lights again in 2023.”

The FORMULA 1 STC SAUDI ARABIAN GRAND PRIX will be returning to Jeddah, home of the world’s fastest street circuit, on the 17th-19th March 2023. The pinnacle of motorsport’s third visit to Saudi Arabia will be the second race on the 2023 FIA Formula 1 World Championship calendar, meaning F1® will again be returning to the Kingdom early in the new season when the championship will be wide open.

Fans will once more be able to sit in the Grandstands along the Red Sea Coast and watch their favorite drivers take on the thrilling Jeddah Corniche Circuit – the fastest and longest street circuit in the world – as they go wheel to wheel at average speeds of up to 252km/h.

Saudi Arabia is one of the newest venues on the Formula 1® calendar, having hosted its debut race in December 2021 and its second race just 4 months later in March 2022. Both editions proved to be two of the most exciting races in recent memory, providing some of the most iconic and breath-taking moments of on-track action of their respective seasons, making Formula 1®’s return on the weekend of March 17th -19th, 2023 unmissable!