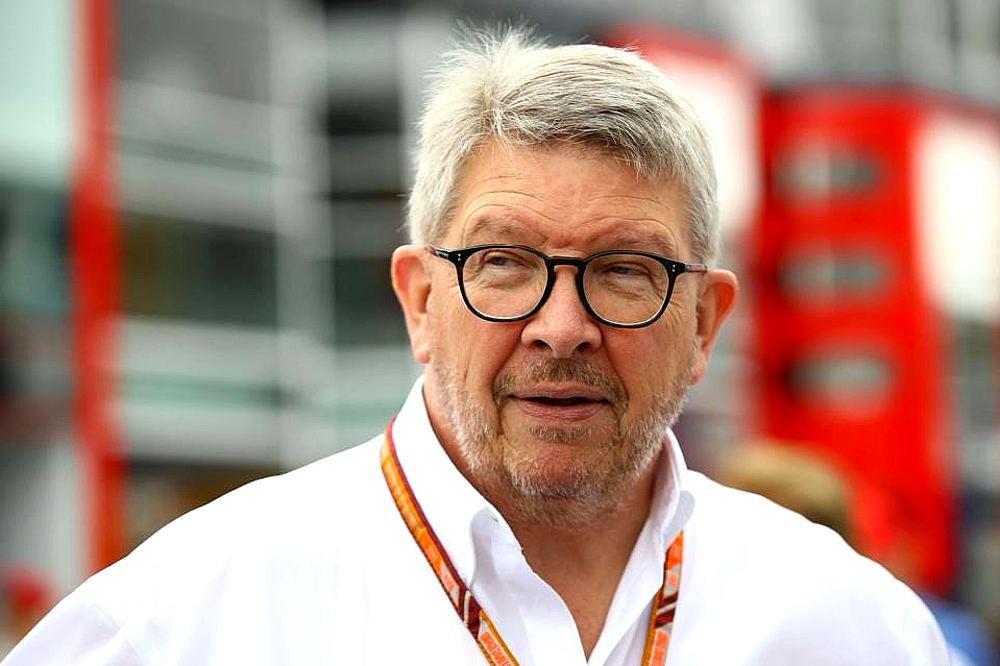 In his farewell address on Formula1.com, as he steps away from the sport entirely, Ross Brawn feels like it was mission accomplished.

“We have done the bulk of the work, and we are in a consolidation period now. There’s a new car coming in 2026, but that’s four years away, quite distant for me, so it’s better the next group of people take on that mantle.

“I believe I’m leaving F1 in a great place,” he insists, though many long-standing fans might disagree.

“I’ve loved almost every minute of my 46-year career and I’ve been fortunate to have worked with many great teams, great drivers and great people. I wouldn’t have changed a thing. One certainty is that without my wife and family support I couldn’t have done it and I wouldn’t have wanted to do it.

“I will now watch F1 from my sofa, cheering and cursing as an F1 fan, pleased that the sport is in a fantastic place and has such a fantastic future.”

“I’m pleased with where we’ve got to,” he writes.” I think there’s been real change in the last six years since I joined the management team, and I feel happy about that. F1 today is as strong as it’s ever been.

“Liberty knew about the economics of F1, but they didn’t know so much about F1 as a sport and that side of the business when they first became involved. They were smart enough to put Chase Carey in charge. Despite not being an experienced F1 veteran, he grasped the business and the sport quickly.

“I was approached by Liberty as someone with F1 experience, something they needed in the beginning. I was interested, but only if we could tackle the development of the sport from a different perspective – how do we improve the racing? I think we have succeeded. We’ve built a great team, and I’m really pleased with what we have achieved. We’ve set F1 on a new path.

“The cost cap has created an environment where you have a limited spend and the smartest people win. The margins from the front to the back are going to be much tighter. I think the cost cap is a very significant step for F1. It’s got bugs to iron out but considering the complexity of introducing such a system, it’s fantastic what the team at F1 and the FIA have achieved since it was introduced last year.

“The governance system has been improved,” he adds. “We now have much more flexibility and don’t need all the teams to agree for the sport to make changes and go forward. As long as we get eight teams to agree, we can get things done in the short term.

“With five teams and the FIA and F1, we can get things done in the long term. We don’t have the constraint of the old governance system and there are now lots of things we’ve moved in the right direction which has made this sport function so much better than it did before.

“On the sporting regulations, we’ve had an open mind about how we should develop the race weekend format.

“There are already a lot of good things in F1. I happen to think the current qualifying spec is pretty good. Three-stage qualifying keeps people engaged for the whole time. It’s exciting and it occasionally throws up a few variables.

“The Sprint was an initiative which seems to have worked. We’re expanding to six Sprints next year. I don’t know what will be the optimum number we will settle at long term. Some argue we should have it at every race. We’ll see if that is how it evolves. The Sprint has certainly livened up the whole weekend and gives us a full three days of action.

“The technical regulations were a big change,” he admits. “We came at the regulations with a fresh view. The priority was building a better racing car because that has never been a priority in the past, which was one of my frustrations.

“In the past, the teams were allowed to develop the car regulations. The FIA’s priority was safety, making sure the speed of the cars was always within a reasonable range. They never had the resource to look at how you design a racing car – it was left to the teams to do that work. With the best will in the world, the teams won’t have raceability as a priority.

We created a group whose priority was to build a better racing car, that can race another car in close proximity, is consistent to drive, and doesn’t have bits fall off if there are touches.

“The mind-set came from a different direction: raceability, and that will be the priority in the future – it’s one of the changes to the mind-set of F1 that I’m really pleased about.

“It was a huge thrill for me when I saw the 2022 cars first race and we experienced two or three cars racing alongside each other – we hadn’t often seen that before. Now you can run hard behind another car for several laps without issues.”