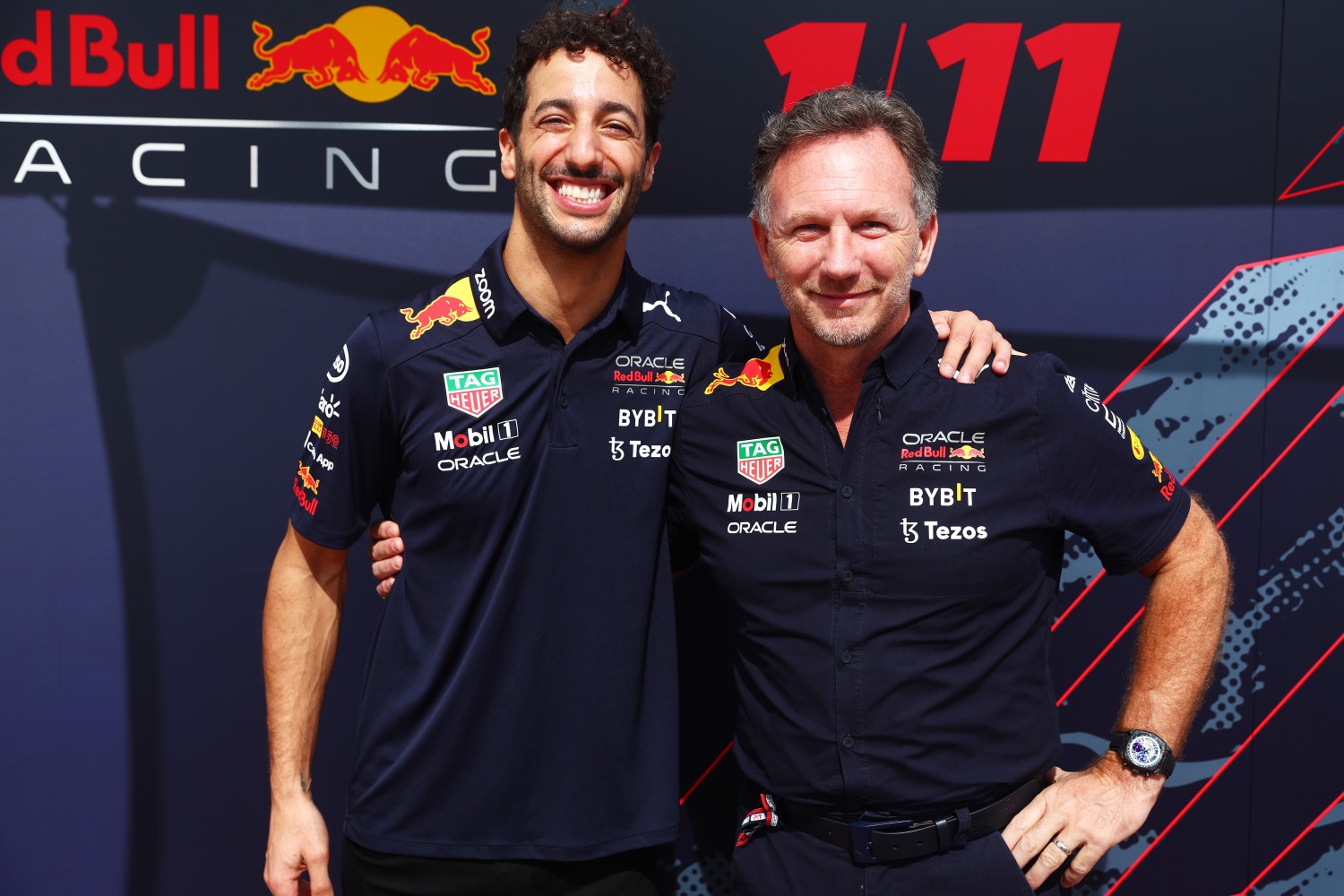 (GMM) Daniel Ricciardo will attend “a maximum of a dozen races” in 2023 as he faces his first season off the Formula 1 grid in over a decade.

Although he could have lobbied for the Haas seat, the struggling 33-year-old opted instead to recharge his batteries with a purely test and marketing role at Red Bull next year.

He will not be full-time reserve driver, having previously already ruled out attending the full and unprecedentedly-long 24 race season in 2023.

“I still want to race,” the Australian told formel1.de, “but personally, it will be nice for me to spend some time away from travelling and, let’s say, everything else.

“Will I attend some races? Vegas, for sure. I will invite myself there. Then, Australia, of course. That goes without saying.

“It will be a maximum of a dozen races,” Ricciardo, who has been replaced at McLaren by his younger countryman and rookie Oscar Piastri, added.

Ricciardo’s career entered its downward spiral after 2018, when he voluntarily stepped down as Max Verstappen’s teammate to join first Renault and subsequently McLaren.

“It would have been better for Daniel if he had stayed longer at Red Bull,” Verstappen, the back-to-back and reigning world champion, told the Dutch magazine Formule 1.

“I spoke to him about it. It was also about feeling comfortable somewhere because at some point that was no longer the case for him.

“But I know that everyone at Red Bull only wanted the best. Instead of leaving, he could have spoken to the team about it. But it happened the way it did.”

Although Ricciardo is now returning to Red Bull in a non-racing role, Verstappen says the fact he will not be on the grid next year is “a loss for the sport”.

“At the end of the day, it’s all about performance,” said the Dutchman.

“Daniel has certainly delivered that in the past, but in Formula 1 you are only as good as your last race.”