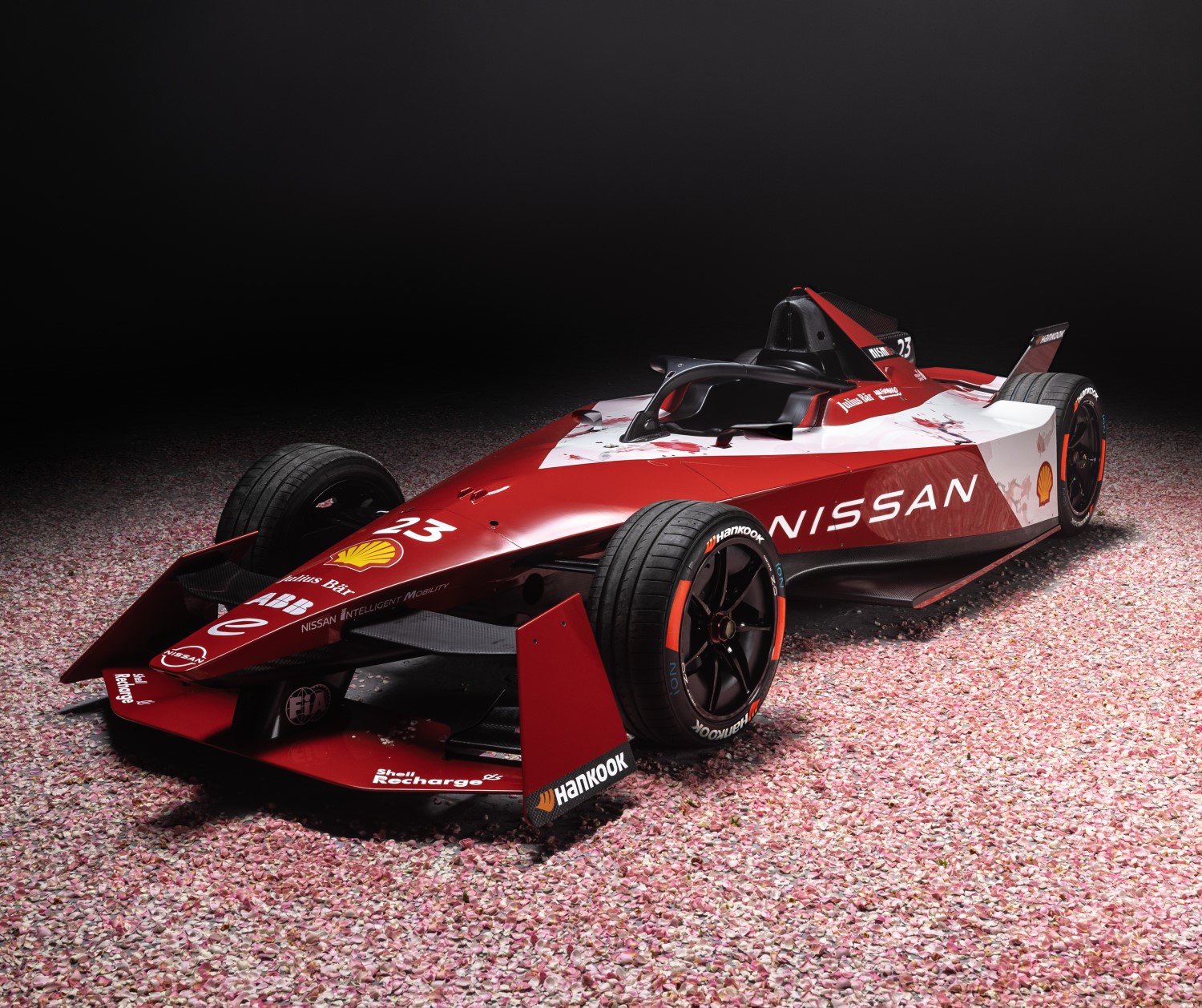 Also known as Sakura, the team’s choice to incorporate this iconic flower in its Season 9 livery is not only a nod to the squad’s Japanese DNA, but it also symbolizes and celebrates a new beginning.

The upcoming campaign will mark the start of the highly anticipated Gen3 era, and it will also be the first time for Nissan in Formula E competing as one team and under its new name. The striking new livery on the NISSAN e-4ORCE 04 highlights and commemorates a new age not only for the championship, but for the team itself.

“Electrification is at the center of Nissan’s long-term vision, with Formula E playing an expanding role in it,” said Ashwani Gupta, Nissan’s chief operating officer. “Season 9 marks a new era for Nissan’s participation in the championship. It will be our fifth competing in Formula E but our first as one team. We have a long history in racing, and we also love to dare to do what others don’t. Our new livery celebrates our Japanese heritage and I’m certain that the design will stand out on track like never before. I’m really excited for the season to get underway, and I am confident that we have all we need to make the start of the Gen3 era a very successful one for us at Nissan.”

Tommaso Volpe, general manager, Nissan Formula E, and managing director, Nissan Formula E Team, also commented: “We wanted to create something totally different and unique for this season to mark such an important moment for us in Formula E, and also to celebrate our Japanese DNA. The upcoming campaign is a big moment for the series, with the introduction of the Gen3 cars. But it’s also key for us at Nissan, with the team running under its new name as we take full ownership of all our operations in Formula E. All of us at Nissan are very excited for this new beginning, very motivated to tackle this new challenge, and very much looking forward to getting started.” Nissan Formula E Team also has a brand-new driver line-up for the upcoming season, blending experience and youth with Formula E race winner Norman Nato and 2022 Super Formula runner-up Sacha Fenestraz both joining the team. Frenchman Nato will compete in the #17 car, while Franco-Argentine Fenestraz will take to the wheel of the #23 machine.

“I really like the new livery, it’s different and will definitely stand out on track,” said Nato. “The cherry blossom design is a great touch, especially since it also signifies a new chapter in the championship and, even more so, for the team. This season is also a new beginning for me, a new chapter in my career, and one I’m extremely excited about. I know we will have to work hard, but I am looking forward to it. We will keep focusing on getting ready for the season ahead, continuing to develop the car, and building a solid set up within the team so we are in a good place for the first race in Mexico. I feel prepared and I can’t wait to begin the new season with my new team.”

Fenestraz also commented: “The car looks beautiful, I love the idea of the cherry blossom. It’s the first time we’ve seen anything like this in Formula E and it’s great to celebrate the Japanese heritage of the team. I can’t wait to be on track and I’m really excited to get to Valencia and start testing soon. It’s a big step for me to race in Formula E, and to see the professionalism and dedication of the team is only pushing me to achieve the best possible results. We’re building up nicely to the season, in the simulator, tweaking and developing the car to start the campaign in a positive way.”

Nato and Fenestraz will have their first outings in the newly-liveried Gen3 car during the official pre-season test at Circuit Ricardo Tormo in Valencia on 13-16 December. Season 9 is set to be the biggest Formula E campaign to date, with a record 17 races planned, including maiden visits to India, South Africa and Brazil, before ending the year at the fan-favourite London E-Prix. For the upcoming season, Nissan Formula E Team will count on the valuable support of two strong technical partners. The team will keep working closely with its well-established partner Shell, while is also proud to announce an exciting new collaboration with The Woolmark Company.

Shell will continue its long-standing partnership with the team into Season 9, demonstrating its commitment to Formula E. The partnership supports Shell in its continued development of its specialised Shell E-fluids, designed to optimise the efficiency of EVs, and its expanding Shell Recharge charging network, as it aims to become the global leader in EV charging services. István Kapitány, Global Executive Vice President of Shell Mobility said: “Through our partnership with Nissan in Formula E, we are taking experience gained on the track and using it to create better products and services for our EV customers on the road. Formula E is an important testing ground for the development and production of cleaner energy products, including Shell Recharge, Shell E-fluids and other new energy products.”

The Woolmark Company joins Nissan Formula E for Season 9 as its technical partner to develop a high-performance team kit using Merino wool. Soft on skin, Merino wool offers unbeatable moisture management, thermoregulation and breathability properties, making it perfectly engineered to a performance-lead environment. For the first time, Merino wool has been put to the test through the Nissan Formula E Team uniform. “Our technical team worked hand-in-hand to craft a performance-oriented team kit, driving unexpected product offerings thanks to the inherent technical and eco-credentials of the fiber”, said The Woolmark Company Managing Director John Roberts. “The innovative nature of Merino wool is paralleled to the technology behind Formula E thanks to manufacturing techniques and engineering between our teams.”

Commenting on the Nissan Formula E Team partners for Season 9, Volpe added: “For us at Nissan it is very important to partner with companies that share our same values, priorities and long-term goals, especially when it comes to sustainability and electrification.

“We are proud to have the support of both Shell and The Woolmark Company and to collaborate with two like-minded partners who, like us, are committed to build a more sustainable future through technology and innovation”, concluded Volpe.

About Nissan in Formula E
Nissan made its all-electric racing debut in Season 5 (2018/19) of the ABB FIA Formula E Championship, becoming the first and only Japanese manufacturer to enter the series.

In April 2022, Nissan acquired the e.dams race team, with the Japanese automaker taking full ownership of its involvement in the ABB FIA Formula E World Championship.

In June 2022, Nissan announced it would supply its Nissan EV powertrain technology to McLaren Racing for the entirety of the Formula E Gen3 era.

For Season 9 of the ABB FIA Formula E World Championship, the Nissan Formula E drivers will be Norman Nato and Sacha Fenestraz.

Nissan races in this all-electric world championship to bring the excitement and fun of zero-emission electric vehicles to a global audience. As part of its goal to achieve carbon neutrality across its operations and the life cycle of its products by 2050, Nissan intends to electrify all-new Nissan vehicle offerings by the early 2030s in key markets. Nissan aims to bring its expertise in transferring knowledge and technology between the race track and road for better electric vehicles for customers.