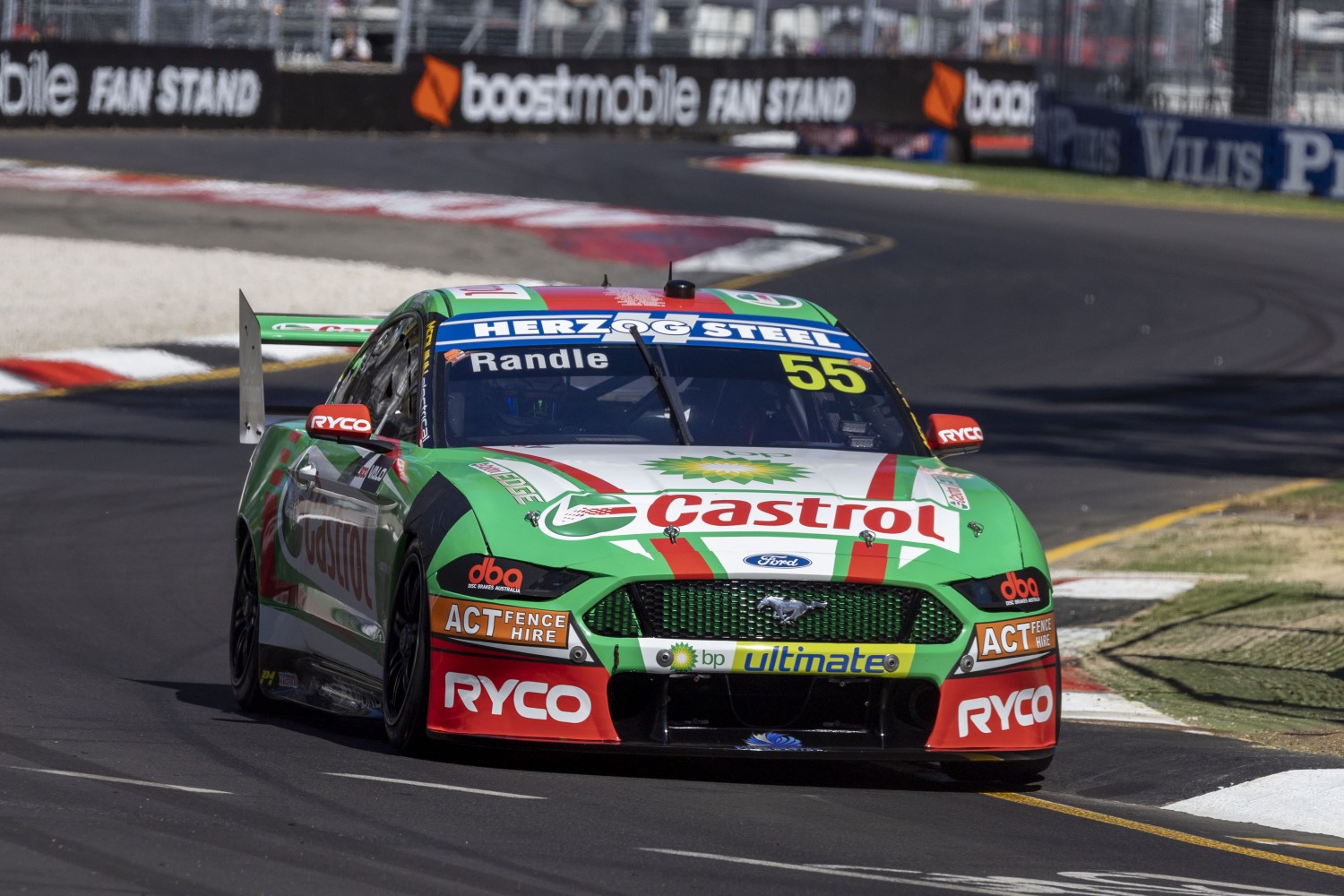 Supercars rookie Thomas Randle has topped opening practice at the VALO Adelaide 500, in a session ended by a crash for Macauley Jones.

Red flags flew with one minute from the scheduled end of Practice 1 after Jones crashed at Turn 8.

Replays showed Jones hitting the wall at the fast sweeper, before pulling up at Turn 9.

Randle was one of a number of drivers to set his quickest lap in the final runs before Jones crashed.

Brodie Kostecki was second for Erebus Motorsport, with Cam Waters sneaking into third.

It was the first Supercars session in Adelaide in 1015 days — since February 2020 — and the first since major resurfacing works.

Kostecki and Waters were within 0.07s of Randle’s session-topping time.

“The red flag came out at a good time, when I did my lap,” Randle said.

“I don’t know how many other people did a lap, I think Cam got a lap in.

“Just a credit to the whole team at Tickford Racing.

“The hardest thing for me was braking at the [Turn 9] hairpin.

“You start braking on the old surface, then halfway through it changes to the new surface.

“There’s a bump there, there’s quite a lot of grip.

“It’s not qualifying yet, it’s only practice, won’t put all my eggs in one basket yet.”