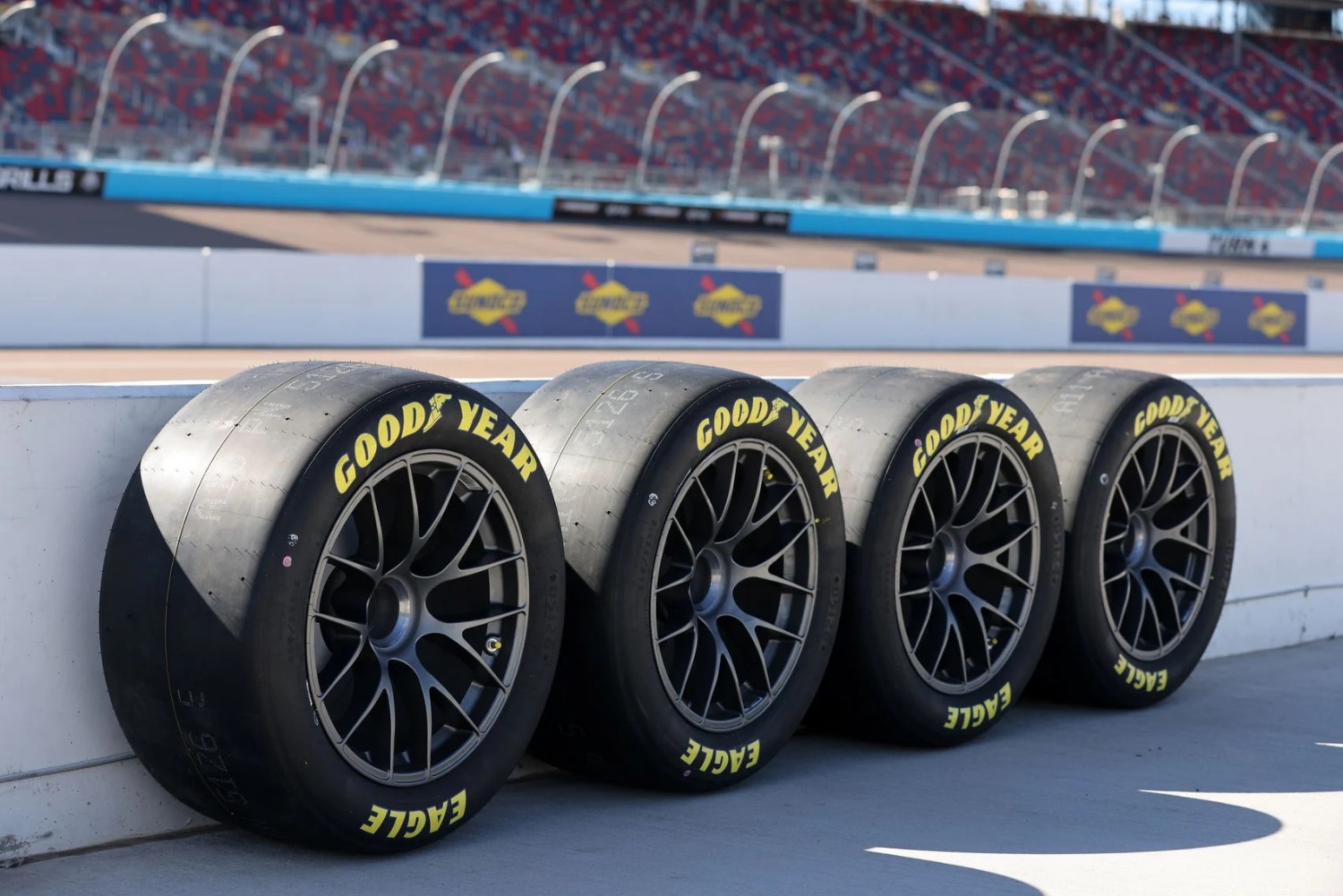 With one of the longest-running relationships in racing history, The Goodyear Tire & Rubber Company and NASCAR today announced a new multi-year agreement renewing Goodyear’s position as the exclusive tire for NASCAR’s top three national series.

The agreement continues Goodyear’s designation as the “Official Tire of NASCAR,” as well as the title sponsor of the annual Goodyear 400, NASCAR’s Official Throwback Weekend Cup Series race at Darlington Raceway.

“From our manufacturing plants to offices around the world, racing is ingrained in our culture, and the importance of our relationship with NASCAR is reflected in the quality, performance and engineering we put into every Goodyear Eagle race tire,” said Richard J. Kramer, chairman, chief executive officer and president at Goodyear. “Our performance on the race track plays an active role in the success of the sport and inspires the development of our consumer tires, fueling our commitment to take performance and innovation to the next level.”

For nearly 70 years, NASCAR has served as a proving ground for generations of Goodyear Racing tire engineers, innovating, preparing and supplying tires that meet the most grueling and demanding conditions at the track. The unique technology that withstands and performs in race conditions also informs development and differentiates Goodyear’s consumer tires.

“Goodyear has been a trusted partner to the NASCAR industry since 1954, playing a critical role in our shared pursuit to deliver the best racing in the world,” said Steve Phelps, president of NASCAR. “For more than 25 years, Goodyear Eagle tires have been the only component that connects the stock car to the racetrack. Our continued partnership will allow us to push boundaries and innovate our racing product for generations to come.”

Goodyear and NASCAR’s nearly 70-year relationship is built on shared values of competition and innovation. As the sport evolved, so have Goodyear Eagle race tires, leading to the introduction of new tire technology like the racing slick in 1972, the radial tire in 1989, the multi-zone tread design in 2013 and the development of the 18-inch Goodyear Racing Eagle tire used on NASCAR’s Next Gen stock car. Fittingly, Darlington Raceway – one of the Cup Series’ oldest active tracks – is also home to the Goodyear 400 and many of Goodyear’s milestones in innovation, including the brand’s first official NASCAR tire test in 1954.

Goodyear produces more than 100,000 tires for NASCAR’s top three series every year, and each one is hand-built by Goodyear associates in Akron, Ohio – Goodyear’s global headquarters. To learn more about Goodyear Racing, visit www.Goodyear.com/Racing.