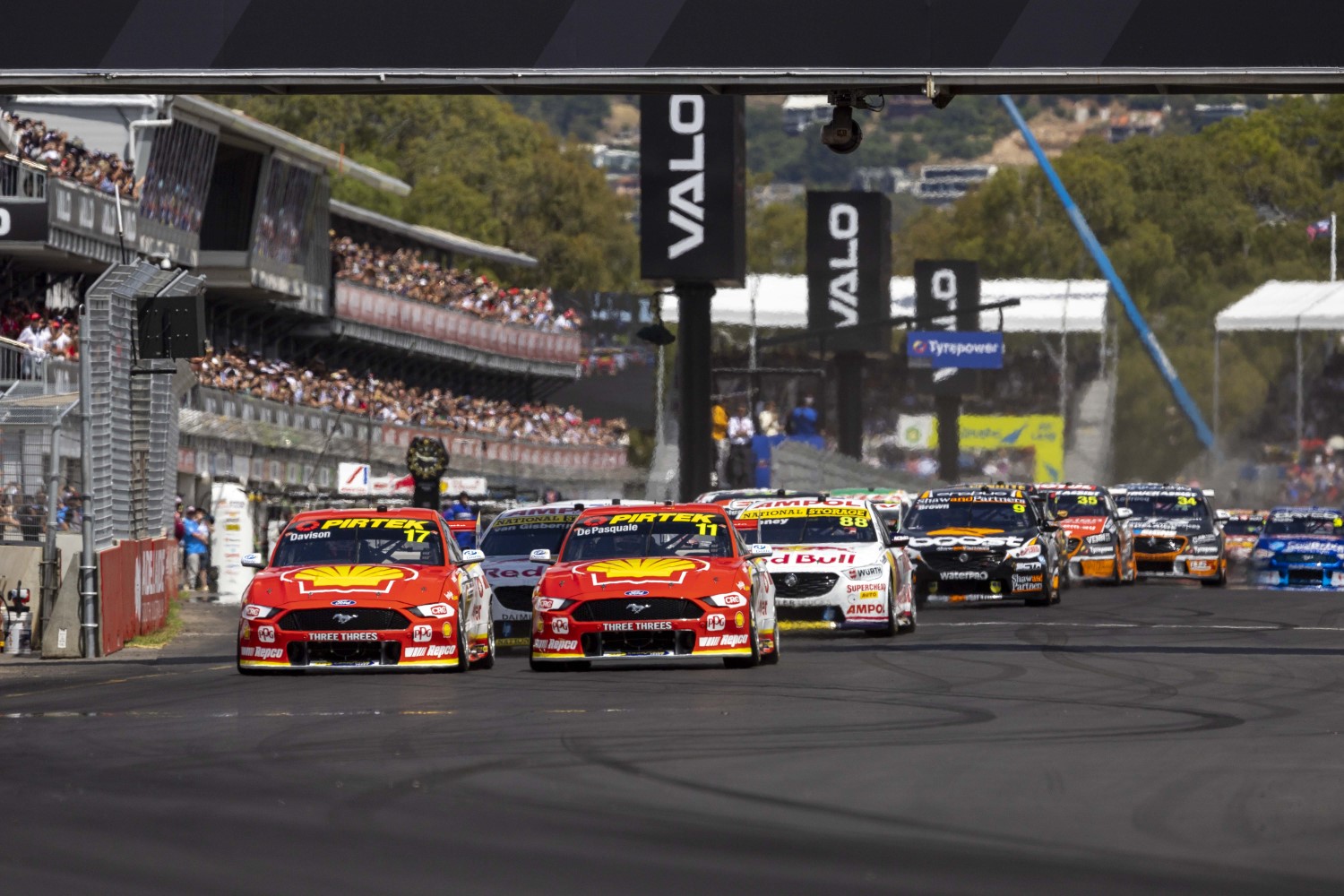 After the most dominant year of racing ever, van Gisbergen claimed the 2022 Repco Supercars Championship crown with one of the most spectacular burnouts the series has ever seen.

In front of a packed crowd, that welcomed back the VALO Adelaide 500 with open arms over the weekend, van Gisbergen celebrated the final ever Holden race with a huge burnout on the main straight.

The other headline of the day was van Gisbergen’s rookie teammate Broc Feeney winning his first ever career race.

Feeney has outlasted Chaz Mostert to take Holden’s last ever win at the VALO Adelaide 500. The end margin between Feeney and Saturday winner Mostert was just 0.9s.

Feeney became the second full-time rookie in as many years to win a race after Will Brown in Sydney in 2021.

The 20-year-old, who replaced the great Jamie Whincup held off this year’s VALO Adelaide 500 Champion and yesterday’s race winner Chaz Mostert who was second, and Ford’s Anton De Pasquale who was third.

Scott McLaughlin still holds the record for youngest ever race winner in Supercars, beating the Gold Coast whiz kid by just four months, but none of that mattered to Feeney who lapped up his amazing maiden victory.

Van Gisbergen finished the race in 7th place, before his epic burnout rounded out an incredible year of racing.

The 33-year-old kiwi became the 11th driver in history to claim three career Championships, the last driver to do so was fellow kiwi Scott McLaughlin.

The Red Bull ace finished the year with a new record haul of 21 victories from 34 races and eight pole positions.

Chaz Mostert, was was runner up to van Gisbergen at the Repco Bathurst 1000 finished third in the standings, equalling his result from 2021.

Fittingly, all of their cars were Commodores in the final year of Holden racing in Supercars.

In Sunday’s race Van Gisbergen overhauled Feeney off the line, and took off after Davison. Behind them, Waters picked off Mostert for fifth at Turn 9.

Feeney was first of the leading group to stop on lap 11.

Davison pitted two laps later in response, and emerged ahead — but picked up a warning for exceeding track limits.

Van Gisbergen pushed his performance deep into the stint, and set the fastest lap of the race on lap 16.

Two laps later, Jake Kostecki crashed at Turn 8, and the balance of the field fired into pit lane.

Feeney attacked a sliding Davison at Turn 4 — behind them, van Gisbergen dropped to eighth after being hung out wide at Turn 6.

Brodie Kostecki slapped the wall at Turn 8, but somehow avoided a race-ending fate.

Feeney took the lead for the first time at Turn 9 on lap 24 when Davison made a mistake.

All the while, Feeney had opened a 3.2s gap on Davison, with De Pasquale 0.7s behind his teammate.

On lap 40, Davison made another mistake at Turn 11, tumbled down the order and pitted immediately.

One lap later, De Pasquale bowled a wide at the last corner, and handed second to van Gisbergen on a platter.

The race turned on its head once again when Bryce Fullwood crashed at Turn 8 on lap 43.

Van Gisbergen stacked behind Feeney, while De Pasquale lost position to Mostert in the lane.

Once the field cleansed, van Gisbergen was effective 12th, with Feeney ahead of Mostert, De Pasquale and Waters.

Van Gisbergen’s charge began immediately at the restart when he nosed down the inside of the retiring Lee Holdsworth at the last corner.

Feeney led Mostert to green on lap 49, with Thomas Randle sent into a spin at the last corner by Jack Smith.

Davison was quickly handed a 15-second penalty over the incident.

Waters attacked De Pasquale on lap 58, but bowled a wide at Turn 5 and gifted fourth to the rampant van Gisbergen.

On the next lap, van Gisbergen’s worst fears were confirmed over the radio — a drive-through over the Safety Car infringement.

Van Gisbergen took the penalty immediately, and resumed in 13th.

Feeney marched on and kept Mostert at bay, with the two Commodores driving away from De Pasquale.

The 2021 Super2 champion completed the job with a delighted Triple Eight crew hanging over the pit wall.

With the Holden era now over, all eyes turn to 2023 when the Gen3 Ford Mustang will take on the Chevrolet Camaro.

The first race of the 2023 Repco Supercars Championship will be the Thrifty Newcastle 500 from 10-12 March.