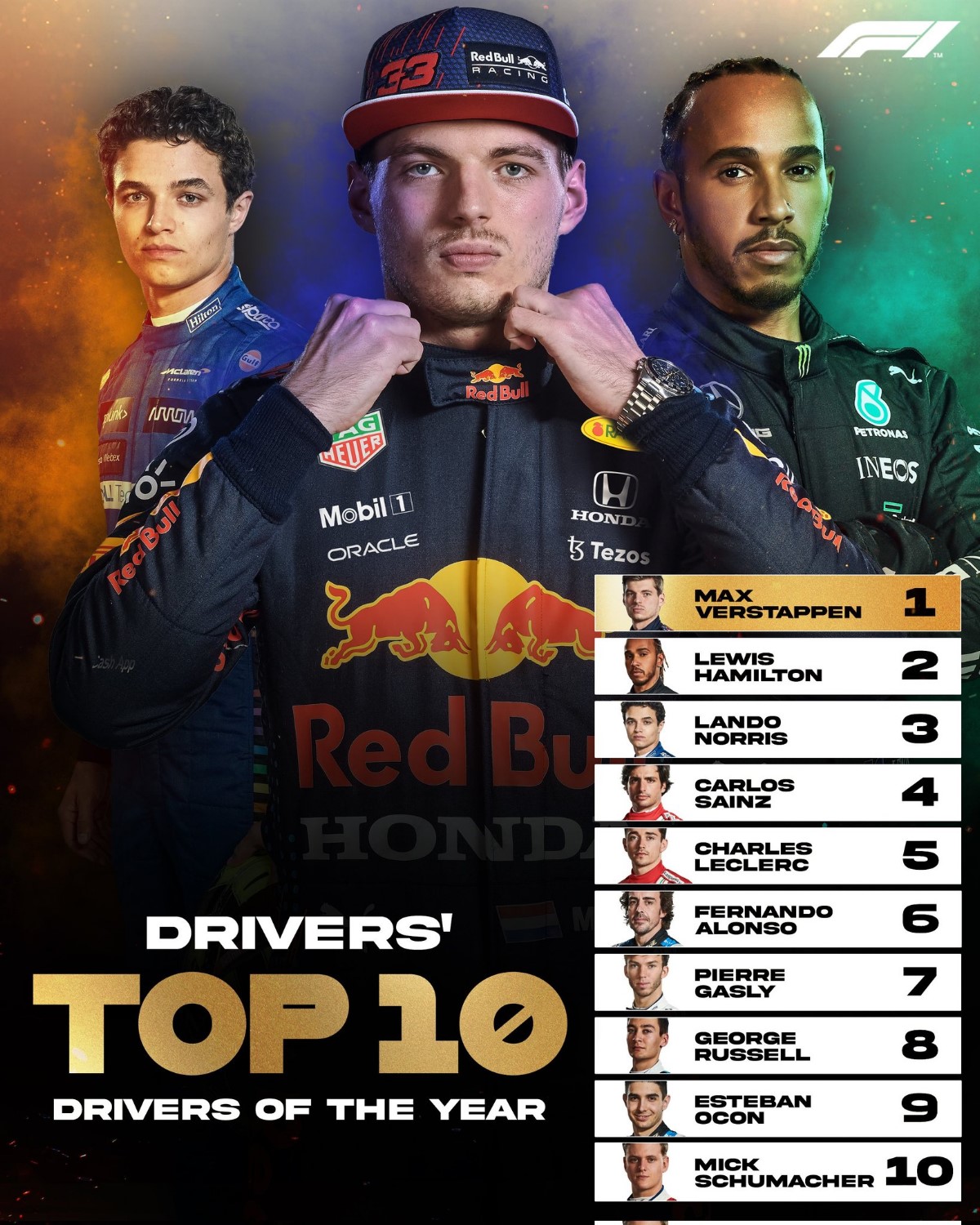 His fellow F1 drivers know Max Verstappen is the best driver, but did they really pick Mick Schumacher as the 10th best driver in F1?

Do they know something we don’t?

Autosport also named Max Verstappen as their International Driver of the Year while naming their hero. Lewis Hamilton, who did not win a pole or a race all year, as their British driver of the year.

Delusional….after George Russell beat him in the No. of Pole, Race wins and points scored.  In everyone else’s mind, George Russell is the British Driver of the Year.