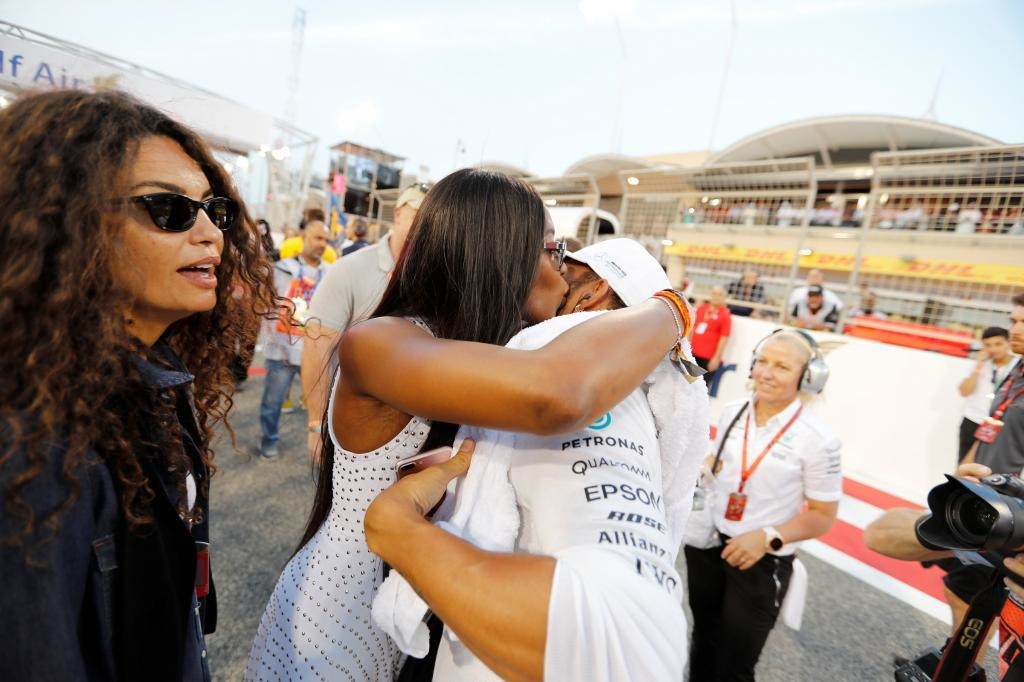 Recent spotting of model Naomi Campbell with ‘friend’ Lewis Hamilton on a night out has sparked off rumors of their romance. The duo claims to be ‘just good friends’ tried to sneak out and avoided to be photographed on Tuesday night while returning from the Prince’s Trust Future Investment gala in Camden Town, North London.

The 37-year old British F1 racing driver accompanied 52-year-old Campbell for the gala and hurriedly left by a rear exit in a limousine.

That was not the end of their rendezvous as they both then arrived in China Tang bar and restaurant of Dorchester Hotel, a low-profile destination.

The speculation of Campbell romancing Hamilton is surfacing since GQ awards last year when they enjoyed a late-night restaurant meal. Last month Campbell was spotted cheering on Hamilton at the Brazilian Grand Prix and she was seen with him last year at the Monaco GP.

And now Hamilton shared photos of his trip to Egypt following the end of the Formula 1 season exploring the Pyramids and partying with model Naomi Campbell.

Campbell surprised the world in May 2021 by announcing that she had become a mother for the first time. The London model has given few details about her baby girl; she has not revealed her name or birthday.