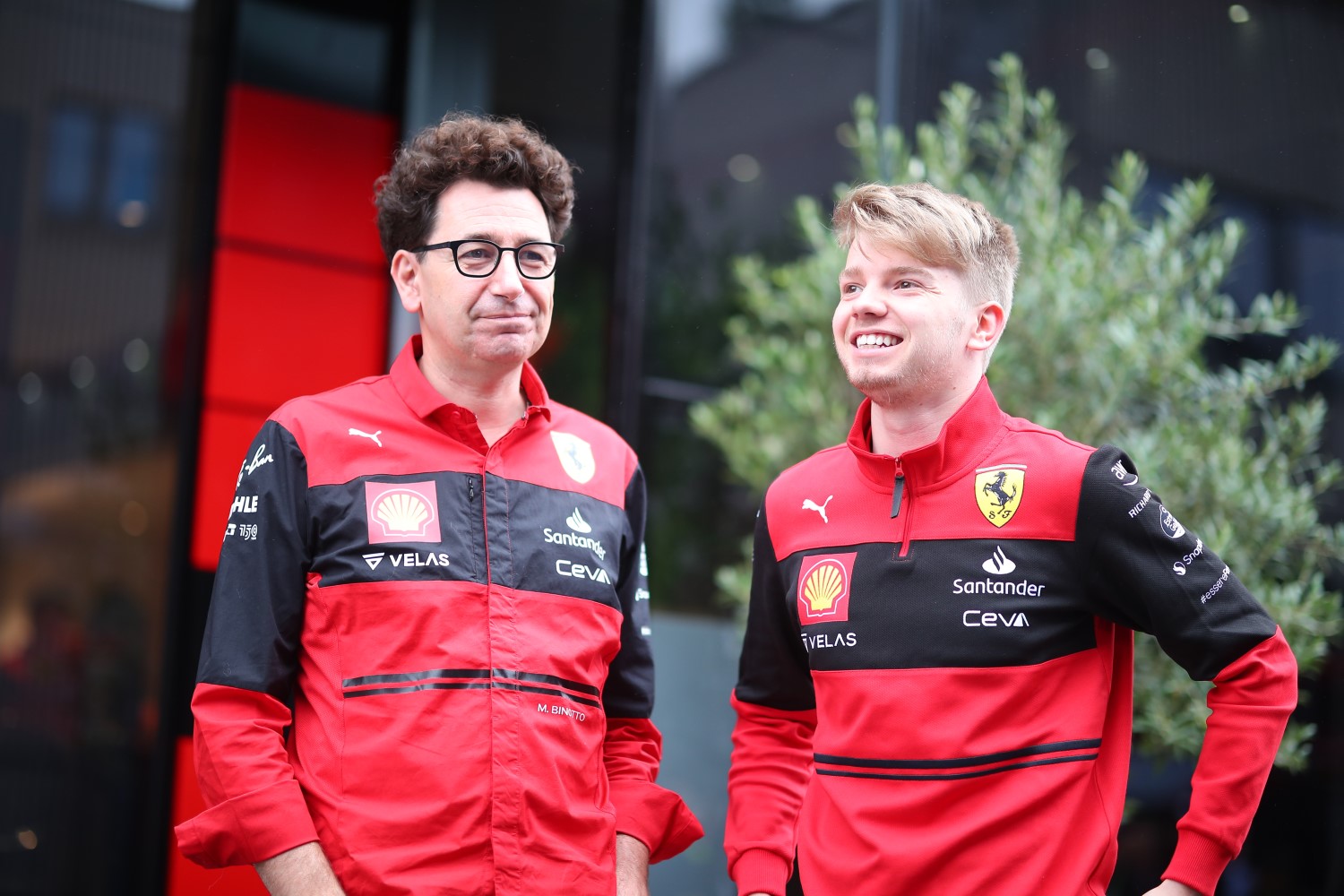 Many F1 Wanna-Be drivers who are either not good enough for F1 and never made it, or who are washed up, or who are not adequately funded, then turn to IndyCar as an option.

Add F3 and F2 driver Robert Shwartzman to that list.  Recently released by the Ferrari Junior Academy, he will test for Chip Ganassi Racing in January and, depending on how he performs and how much money he can bring, could be a candidate to replace Alex Palou who leaves the team at the conclusion of 2023.

(GMM) Robert Shwartzman says he will stay in touch with the Formula 1 paddock next year – but also wants to get back to racing.

The Russian, who switched his racing license to Israel to avoid sanction for the Ukraine conflict, served as Ferrari’s full-time reserve in 2022 in the hope of landing on the 2023 grid.

Weeks ago, he admitted that will no longer happen.

“I have several options. I have received several offers,” he now tells Italy’s Autosprint. “So let’s see how things go.

“My goal not is to be able to race as much as possible. At the same time, I don’t want to lose touch with the Formula 1 paddock.

“Formula 1 is my dream so I want to stay as a reserve, maybe continue to help with the development of the car behind the scenes, which is very interesting.

“But, I repeat, now the goal is to race in another championship,” the 23-year-old added.

“Of course the title would have helped me a lot, but for some reason we were not able to put everything together while Piastri had a perfect season,” he said.

“Yes, second place, and behind a rookie, did not help. But you can’t say that I was uncompetitive – just too many things went wrong at decisive moments. You need to learn this lesson.

“However, now I prefer to focus on my present and future.”