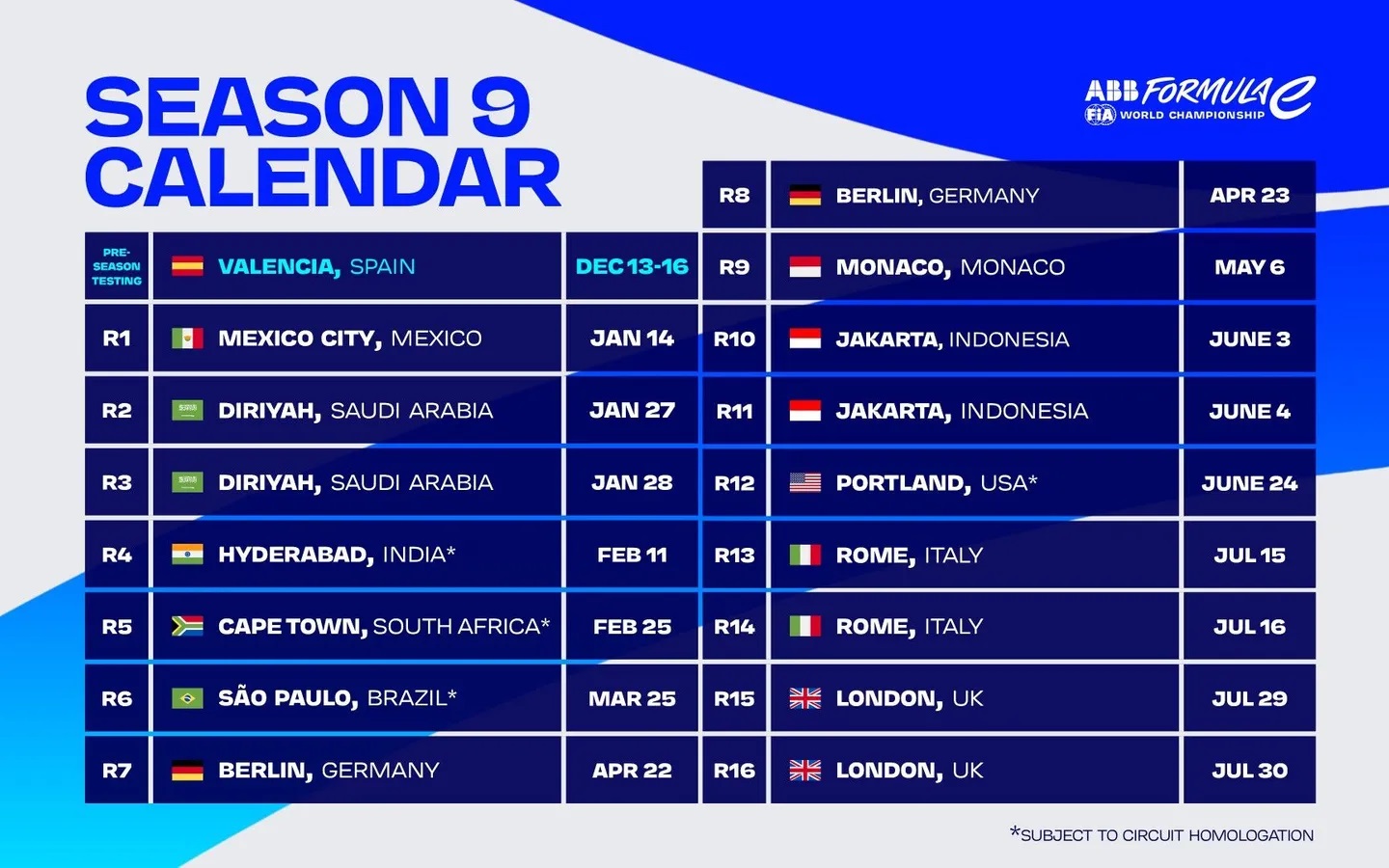 The ABB FIA Formula E World Championship is set to race for the first time in Portland, Oregon on 24 June next year following approval at the FIA World Motor Sport Council meeting today.

Portland will host Round 12 of the updated Season 9 calendar of 16 races in 11 world cities, which also includes championship debuts in Hyderabad, India; Cape Town, South Africa and Sao Paulo, Brazil.

Formula E has raced in the USA every year since Season 1 in 2015, with the exception of COVID-hit Season 6 in 2020. Long Beach, Miami and New York City have previously hosted races.

Alberto Longo, Co-Founder & Chief Championship Officer, Formula E, said: “We are excited to bring the premier electric motorsport world championship to Portland for the first time in June next year. There is a big, passionate fan base for professional sports in the city, together with strong ecological credentials which makes Portland a perfect host for the ABB FIA Formula E World Championship.

“The USA remains an important market for Formula E. We are delighted to maintain that critical presence and engage a new audience in the Pacific Northwest region in all-electric motorsport.”

Fans attending the race in Portland will see the USA debut of the Gen3 race car. New for Season 9, the Gen3 is the third generation of race car in Formula E and the fastest, lightest, most powerful and efficient electric race car ever built.

Next season will also feature new names in the most competitive grid in world motorsport. Maserati and McLaren have joined Formula E and will be competing with other iconic motor racing brands including Jaguar, Porsche and Nissan among the 11 teams and 22 drivers in the series.

The updated Season 9 calendar reflects the removal of an event previously shown as TBD in May 2023 and means the race program is complete, subject to FIA circuit homologation of new venues. Discussions continue to secure a location in Seoul for Season 10. Major reconstruction work at the venue of the Season 8 event prevents a return next season and a suitable alternative location has not yet been identified.