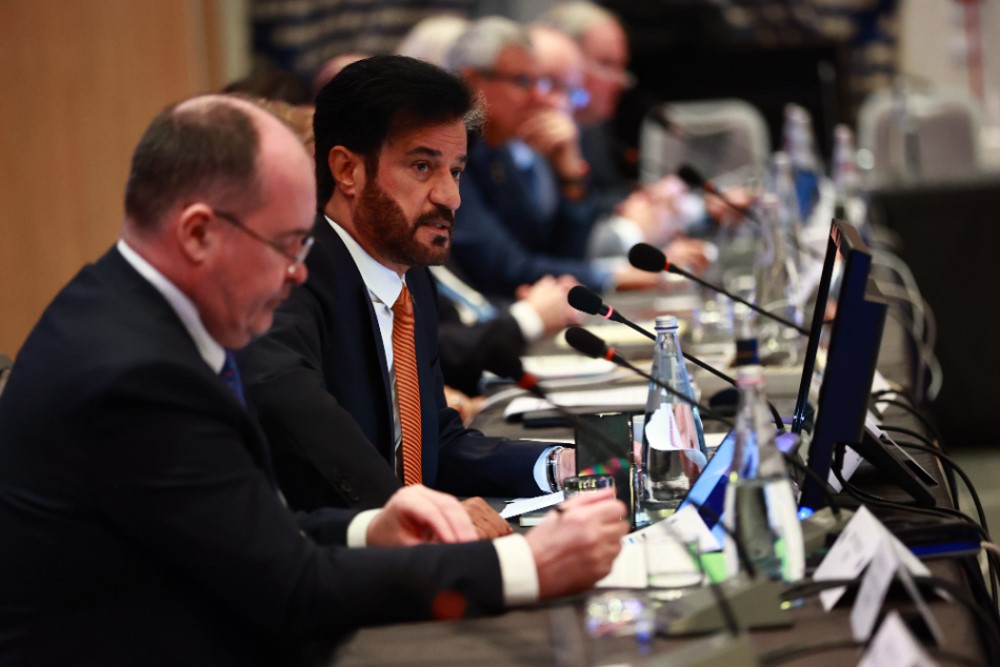 The fourth and final meeting of the Formula 1 Commission in 2022 convened ahead of the last round of the FIA Formula One World Championship – the Abu Dhabi Grand Prix. Here are statements made and things still under consideration that were finally released today following the World Council meeting in Bologna.

FIA President Mohammed Ben Sulayem said: “Formula 1 is clearly in a very strong position at the moment, and this growth and prosperity is thanks in no small part to the hard work of all the FIA staff, officials and volunteers and to Stefano Domenicali and his organization. I would like to thank them all, and of course also the Competitors represented here at the Formula 1 Commission who have put on a fantastic show this year. Based on recent races, I think we can expect another very exciting year in 2023, and we will continue to make strides to improve the sport across all areas and ensure that the growth we have seen this year continues.”

Formula 1 President and CEO Stefano Domenicali said: “Formula 1 has had an incredible season and continues to grow around the world. That would not be possible without the work of everyone involved at the Commission level and all their teams. We are all working hard together to continuously improve the sport for our fans and the President and I want to continue to maximize the best outcomes for the sport so that 2023 can be an even better year for Formula 1.”

The following is an overview of the key discussion points and decisions.

Regulatory and judicial process review
The Commission was informed that the FIA is undertaking a comprehensive review of the Sporting Regulations for 2024 as part of its continuous commitment to the evolution and refinement of its regulatory processes. FOM and the teams will be consulted throughout the review, with any resultant changes anticipated to be approved by end of April 2023 following standard FIA Formula 1 Governance. Additionally, the FIA will carry out a general review of its judicial process for 2024.

Wet weather update
Driver feedback has suggested that there has been reduced visibility in extremely wet conditions with this latest generation of cars, which is a key determinant on starting, or needing to suspend sessions.

Therefore, the FIA commenced a study to define a package of parts aiming to suppress the spray generated when running in wet conditions. The study focused on the following:

Preliminary work and an initial concept were presented to the Commission, and the FIA will continue to work to refine the proposals, with further updates anticipated in 2023.

Grid and Power Unit penalties
Possible updates to the penalties relating to Power Unit infringements were discussed by the Commission. It was agreed that the current system is not a strong enough deterrent to teams to make strategic Power Unit changes, and encourages the change of change of more elements than needed once a driver has accumulated more than a certain level of penalty. This ultimately causes higher parts costs and undermines the PU element annual restrictions.

This will continue to be discussed at the Sporting and Power Unit Advisory Committees for further analysis and refinement.

Tire blanket strategy 2023-2025
The objective of the FIA and FOM remains to remove tire blankets for 2024, however following numerous discussions and driver feedback, the Commission decided to delay any final decisions until July 2023, allowing for additional data gathering and testing feedback to fully inform the conclusions.

DRS activation after the start, re-start, or safety car
The Commission approved a proposal to evaluate a method to keep the field closer together and encourage closer racing by bringing the activation of the DRS forward by one lap at the start of a race or Sprint session, or following a safety car re-start. This will be trialed during each Sprint session in 2023 with a view to introducing it for all races in 2024.