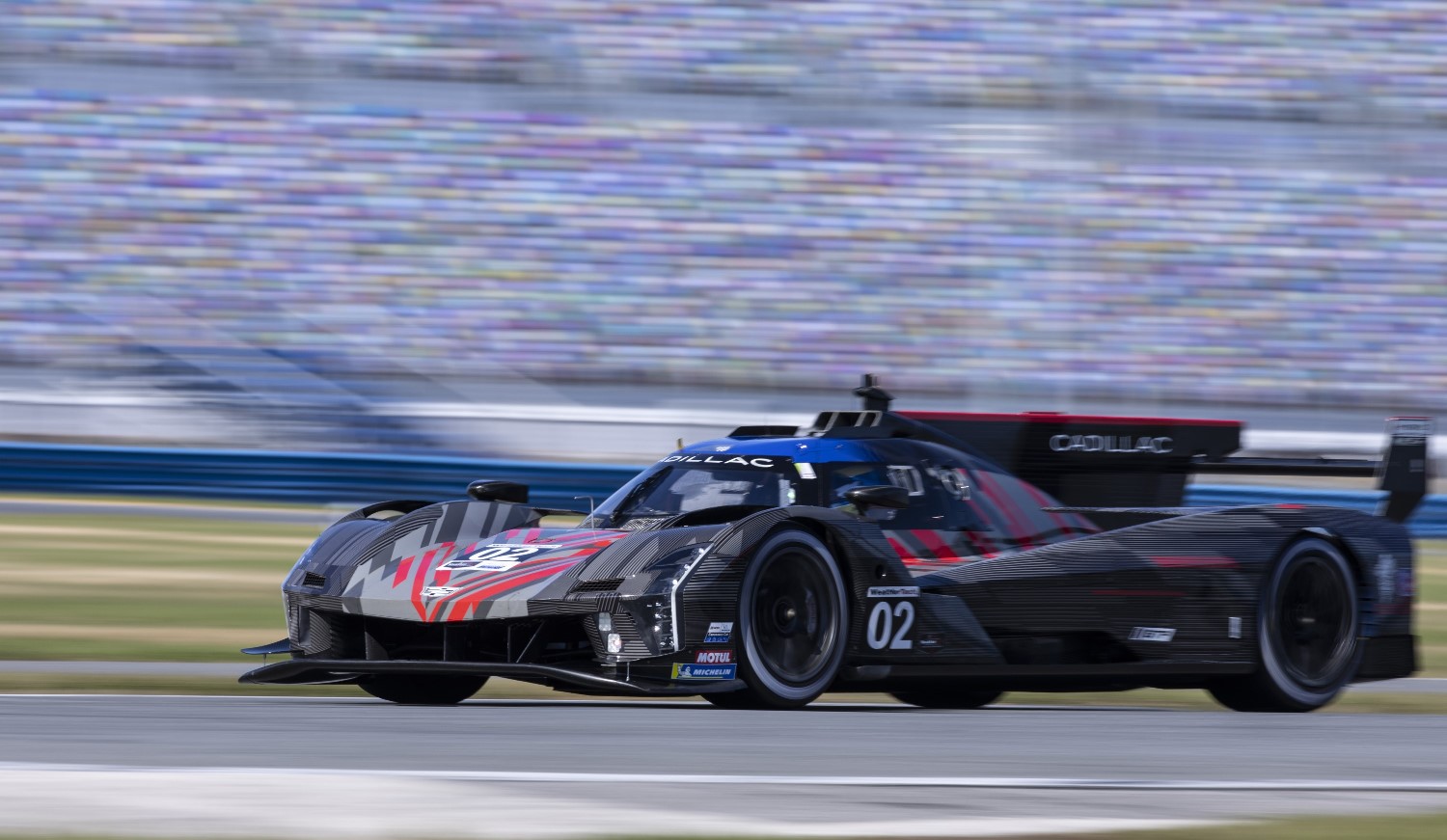 The 2023 IMSA WeatherTech SportsCar Championship season-opening event is in January, but perceptively deceiving because it’s only six weeks away.

The swiftly approaching Roar Before the Rolex 24 on Jan. 20-22 – prologue to the 61st Rolex 24 At Daytona — will mark the competition debut of the three Cadillac V-LMDh entries in the new Grand Touring Prototype (GTP) class of the IMSA WeatherTech SportsCar Championship.

During a Dec. 6-7 IMSA-sanctioned test at Daytona International Speedway, excitement for the dawn of a new era of prototype racing intermixed with a business-as-usual approach as Cadillac Racing, technical partners and team personnel continued to work through on-track development objectives and periodically addressed acute issues inherent in the technical complexities of the new hybrid race car.

“We’ll be racing a 24-hour race in a few short weeks, and I’d say we’ll never feel 100 percent ready but we’re ready to tackle the race and we race to win,” GM sports car racing program manager Laura Wontrop Klauser said. “Development of the Cadillac V-LMDh has been an intense process, but an extremely rewarding one.”

The Cadillac V-LMDh has logged more than 20,000 kilometers (more than 12,500 miles) since on-track development began in early July at U.S. racetracks on the 2023 IMSA schedule.

The Roar Before the Rolex 24 includes a new qualifying format for the GTP class that incorporates 20 minutes of on-track time.

“It’s coming around really fast, and I think as a crew we’re ready to perform,” said Alex Lynn, who will co-drive the No. 02 Cadillac V-LMDh prepared by Chip Ganassi Racing with Earl Bamber and Richard Westbrook in the Rolex 24 At Daytona and the seven-race FIA World Endurance Championship (WEC) season. “It’s the biggest race of the American calendar, so from that side all three of us have experience and we know what it takes to get it done. We need to stay calm with a brand-new car and make sure we arrive on race day with the best possible chance.”

Added Renger van der Zande, co-driver of the sister No. 01 Cadillac V-LMDh with Sebastien Bourdais and endurance driver Scott Dixon: “Because it’s all so new for everyone, you need these kinds of tests to find out what the car needs. It’s about understanding why things break and that’s why were here — we’re testing exactly to do that. It’s very tight to the Roar and the 24 hours, so this is the time to get the reliability you need and get speed out of the car.”

Jack Aitken, who will co-drive the No. 31 Action Express Racing-prepared Cadillac V-LMDh in the four endurance races on the IMSA calendar with full-season drivers Pipo Derani and Alexander Sims, enjoyed his maiden outing.

“First time in the car and first time around the track,” the Williams F1 reserve driver said. “Both were pretty impressive. I got into the swing of it and was having a blast by the end of the time. It’s got a lot of power and you can feel the downforce working. The mechanical grip is pretty forgiving as well, so you can really attack the corners and you never worry if the car is going to bite you too hard. I can imagine with 60 cars going around it will be a little more tricky, but I’ll get more and more confident as I go.”

Cadillac will aim to tie Ferrari for third place with five overall Rolex 24 At Daytona victories – all since 2017.