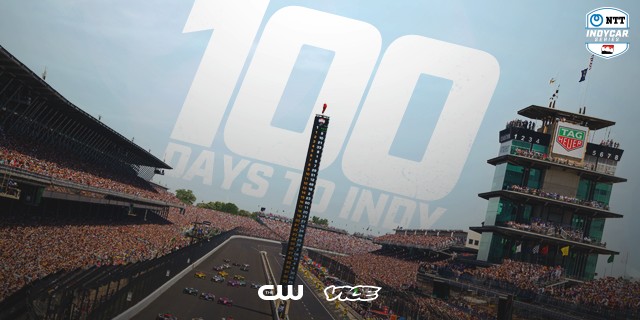 The Wall Street Journal reported this week that Vice Media, which includes Vice TV among its holdings, will miss its revenue projections by $100 million this year.

The WSJ report stated that Vice’s inability to hit the projections “could make it harder for the company to fetch” the $1.5 Billion price it had been seeking.

The article noted that five years ago, Vice was valued at $5.7 billion and that a debt of $250 million stemming from investor loans are coming due.  The articles noted, “Fortress [Investment Group] is currently working with Vice on a framework to restructure its debt, according to a person familiar with the matter.”

The article also stated Vice is “several months behind” on payments to a number of its vendors.  An attempt to bring the company public last year did not go forward.

Penske Entertainment and The CW Network announced Dec. 8 they are joining forces with VICE Media Group for “100 Days to Indy,” a first-of-its-kind broadcast series about the road to the Indianapolis 500 presented by Gainbridge, the world’s premier motorsports competition.

Produced by Penske Entertainment and VICE Media Group, the six-part series will take fans behind the scenes to chronicle the bold and brash personalities of the NTT INDYCAR SERIES as they begin the 2023 season and start their epic quest for racing’s greatest prize. “100 Days to Indy” will air on The CW Network in spring 2023.

“The Indy 500 is the most unique, exhilarating and engaging event on the planet,” Penske Entertainment President and CEO Mark Miles said. “It’s an unrivaled spectacle fueled by ambitious, fearless and captivating personalities. This series will give viewers an unprecedented front-row seat as the racing season begins and the countdown to Indy accelerates. Ultimately, through the compelling creative lens and massive reach of both VICE and The CW, we will bring the world-class competition and drama of the NTT INDYCAR SERIES to a newer and more youthful audience.”

The 100-day window is benchmarked by drama, intrigue and fierce competition from the very first race of the season all the way to the checkered flag at the Indianapolis 500. For the winner, it is a life-changing experience, etching his or her name into the history books. This year, four-time Indy 500 winner and former “Dancing with the Stars” champion Helio Castroneves is eyeing a record fifth win but will face stiff competition from a rising generation of young talent all eyeing “The Greatest Spectacle in Racing” and its multimillion-dollar purse.

“100 Days to Indy” will showcase what it takes to compete at the highest levels and at the height of danger, while providing a window into the on- and off-track lives of some of the sport’s most engaging drivers.

“‘100 Days to Indy’ is a high-octane adventure grounded in emotional sports storytelling,” said Brad Schwartz, president, Entertainment, The CW Network. “Alongside our partners at VICE Media Group, Penske Entertainment and NTT INDYCAR SERIES, we have come together to deliver a series that will follow these champions of the racetrack and keep viewers on the edge of their seats.”

The compelling docuseries will be produced by multiple award-winning VICE World News, with Emmy Award-winning Patrick Dimon directing and Bryan Terry executive producing for VICE. The series will have a fast re-air on VICE TV and be supported across VICE’s global social media channels.

“VICE is honored to produce the first sports project with Nexstar and The CW since the acquisition and to bring this series through the checkered flag with everyone at the network,” said Morgan Hertzan, president, Global TV at VICE Media Group. “The team at the NTT INDYCAR SERIES has an incredible journey for the world to join, and VICE is looking forward to being in the driver’s seat with them.”