The NEOM McLaren Extreme E Team announced that Emma Gilmour and Tanner Foust will drive for the team for 2023.

Emma and Tanner joined the team for its inaugural season in off-road electric racing series Extreme E in 2022. The pair helped McLaren secure its first podium, finishing second at the final round of the 2022 season, the Energy X Prix in Uruguay.

Emma, from New Zealand, is known for her vast experience in rallying, rallycross, cross-country rallying and most recently competing in the first two seasons of Extreme E. In 2016 she became the first and only female to win a New Zealand Rally Championship event. She also won the FIA Women in Motorsport and Qatar Motor and Motorcycle Federation (QMMF) cross-country rally selection in 2015. Emma is the first female driver to score a podium for McLaren.

The NEOM McLaren Extreme E Team will be back in action for the 2023 season, which begins in NEOM, Saudi Arabia on 11 – 12 March.

“It’s great to be able to announce Emma and Tanner as our Extreme E driver pairing for next season. They have shown their pace, dedication and drive during the team’s debut season, and have been two driving forces in the team’s learning and development during that period. Next season we are hoping to capitalize on the foundations we have put in place over the last year. Having Emma and Tanner remain with the team will prove invaluable as we will aim to stay on that upward trajectory as the NEOM McLaren Extreme E Team.”

“I am delighted that Emma and Tanner will remain with McLaren for 2023. The pair have proven themselves to be strong teammates both on and off the track, which culminated in a second-place finish during the Energy X Prix. With a season of Extreme E under our belt, I am excited to see how the team develops during 2023.” 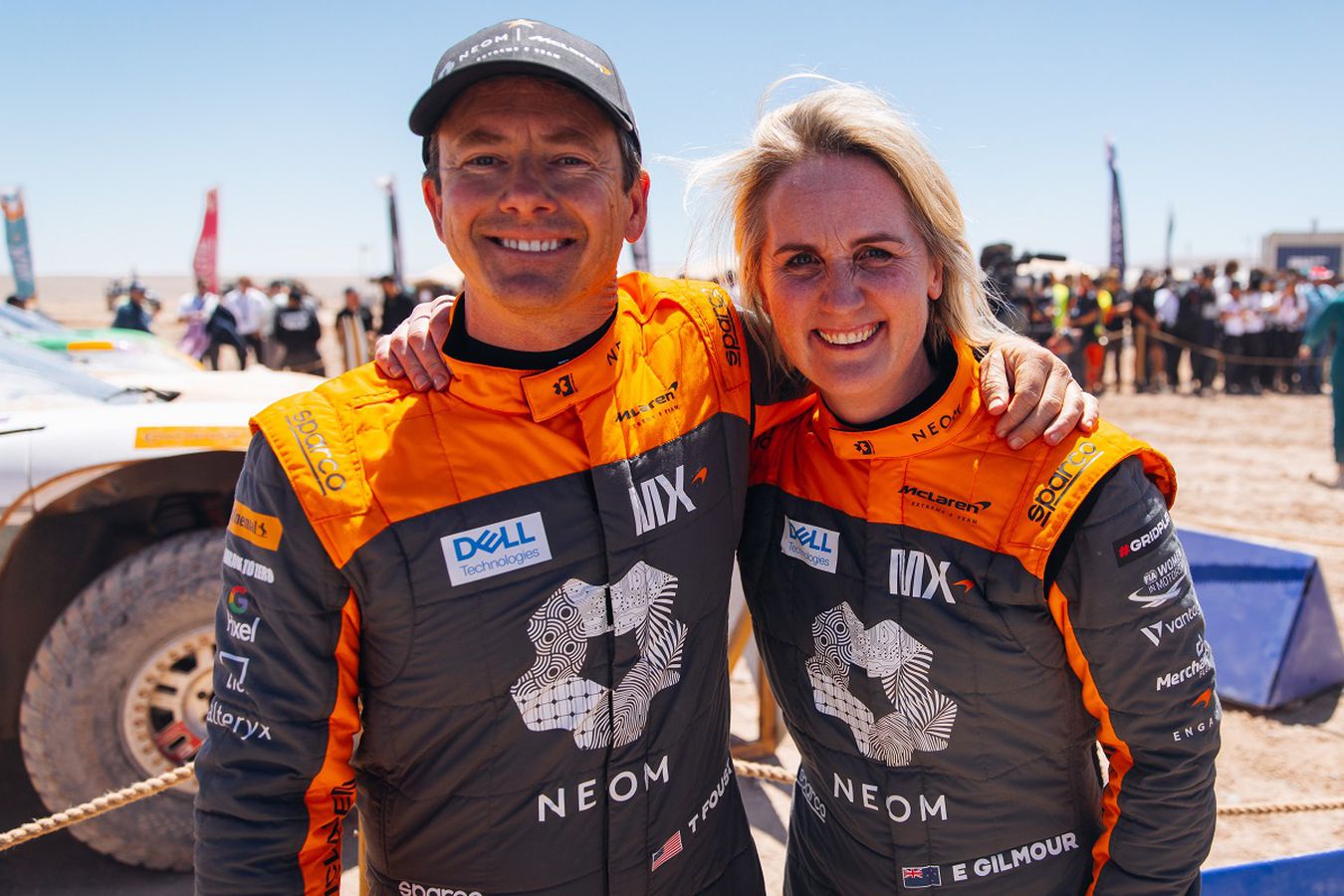 “I’ve had an incredible first season with McLaren in 2022. We’ve really grown as a team, and it was lovely to be rewarded with a podium finish in Uruguay! I’m excited to be staying with McLaren for 2023 and can’t wait to get stuck into some new races while educating our audiences about the damaging effects of climate change.”

“It’s been awesome to be part of McLaren and Extreme E in 2022 and I’m thrilled to be racing again for the team in 2023! It’s been so much fun to race in some exciting locations with Emma and the team, while educating and inspiring sustainable action. I’m excited to see what 2023 holds.”