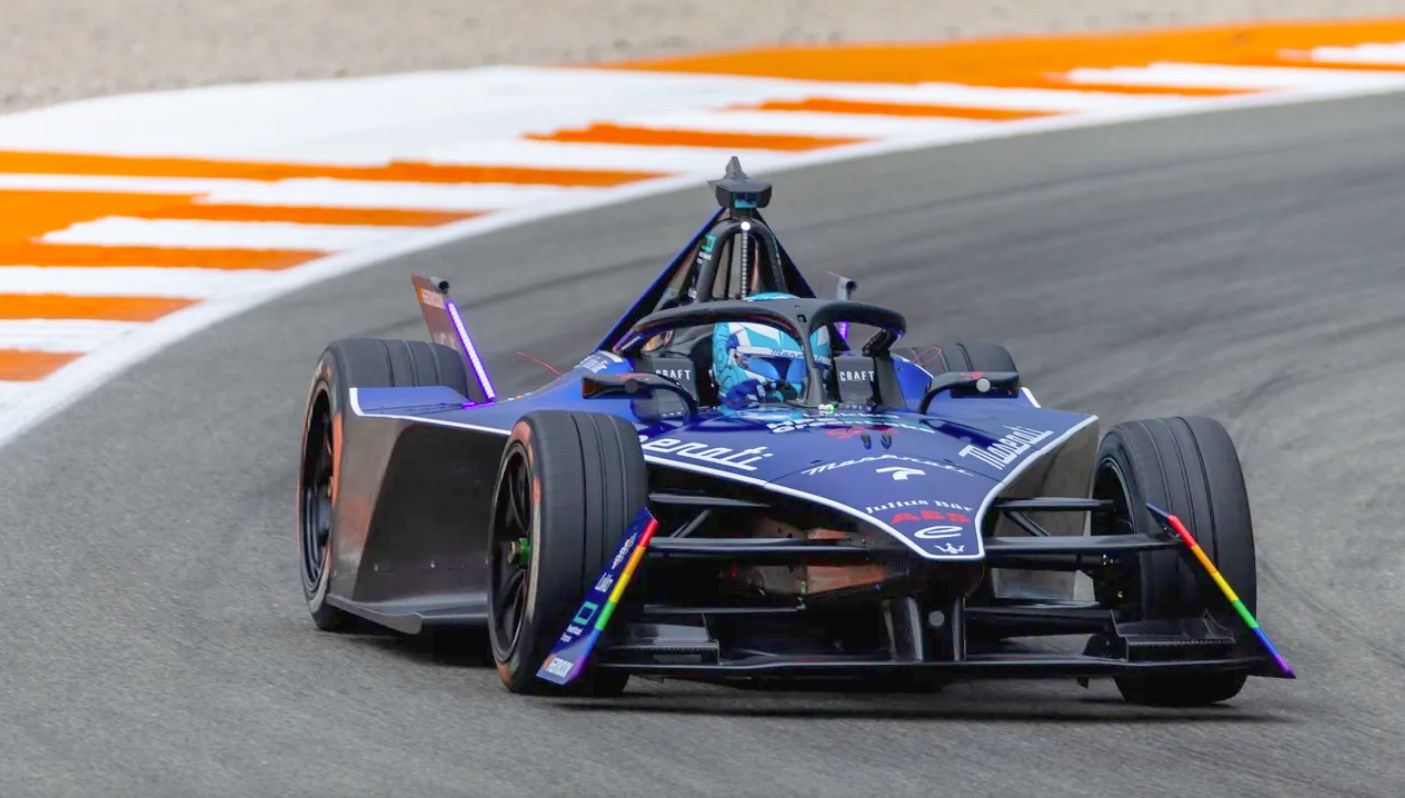 Maximilian Guenther and Maserati MSG Racing got off to a good start after topping both sessions on the first day of the official ABB FIA Formula E World Championship test in Valencia.

With changing conditions the times weren’t as quick as the opening morning session, but one thing that didn’t change was Guenther topping the timesheets. The German lapping the Circuit Ricardo Tormo with a best time of 1:26.221 before the skies opened and soaked the Spanish circuit.

Guenther has been on rails today, after his 1:26.096 this morning, the Maserati driver continued that form into the afternoon. He blitzed the track picking up the fastest time in the final two sectors for a clean sweep today.

TAG Heuer Porsche had a decent showing as Pascal Wehrlein led new recruit Antonio Felix da Costa for second and third. Wehrlein was just a pinch behind his compatriot, ending the session four hundredths from Guenther’s best of the afternoon. Da Costa was just under half a second away from the two quick Germans – an impressive debut for the Portuguese driver with the Stuttgart squad.

Edoardo Mortara was fourth, completing a nice Maserati sandwich with the Porsche filling, the Swiss-Italian settling in nicely with the Maserati-badged DS powertrain.

Following the Maserati driver was some more DS power with the DS Penske pairing in fifth and sixth. Reigning World Champion Stoffel Vandoorne looking resplendent in the familiar gold of the French marque with his two-time champion teammate Jean-Eric Vergne behind – showcasing that the French manufacturer seems to have cracked this new Gen3 machine so far.

The session wasn’t completely smooth with a batch of red flags. First was to remove Jake Hughes’ stricken NEOM McLaren from between Turns 5 and 6 and then later on NIO 333’s Sergio Sette Camara needed a tow from the very same place.

It was a tough three hours for Norman Nato at Nissan, with the Frenchman experiencing some issues with his Nissan. Former champion and Envision Racing’s new signing Sebastien Buemi also ended up the session at the bottom of the order after being unable to set a time during the session

The pace has been building today with top 12 all covered by one second and more drivers dipping into the 1:26s, any progress to go quicker was halted by the red flags and the final hour seeing the circuit drenched.

The forecast is saying clear skies and warmer temperatures tomorrow, so with more favorable conditions we could continue to see the speed grow. There’s another pair of sessions, starting in the morning at 09:00 CET and then in the afternoon from 15:00 CET. 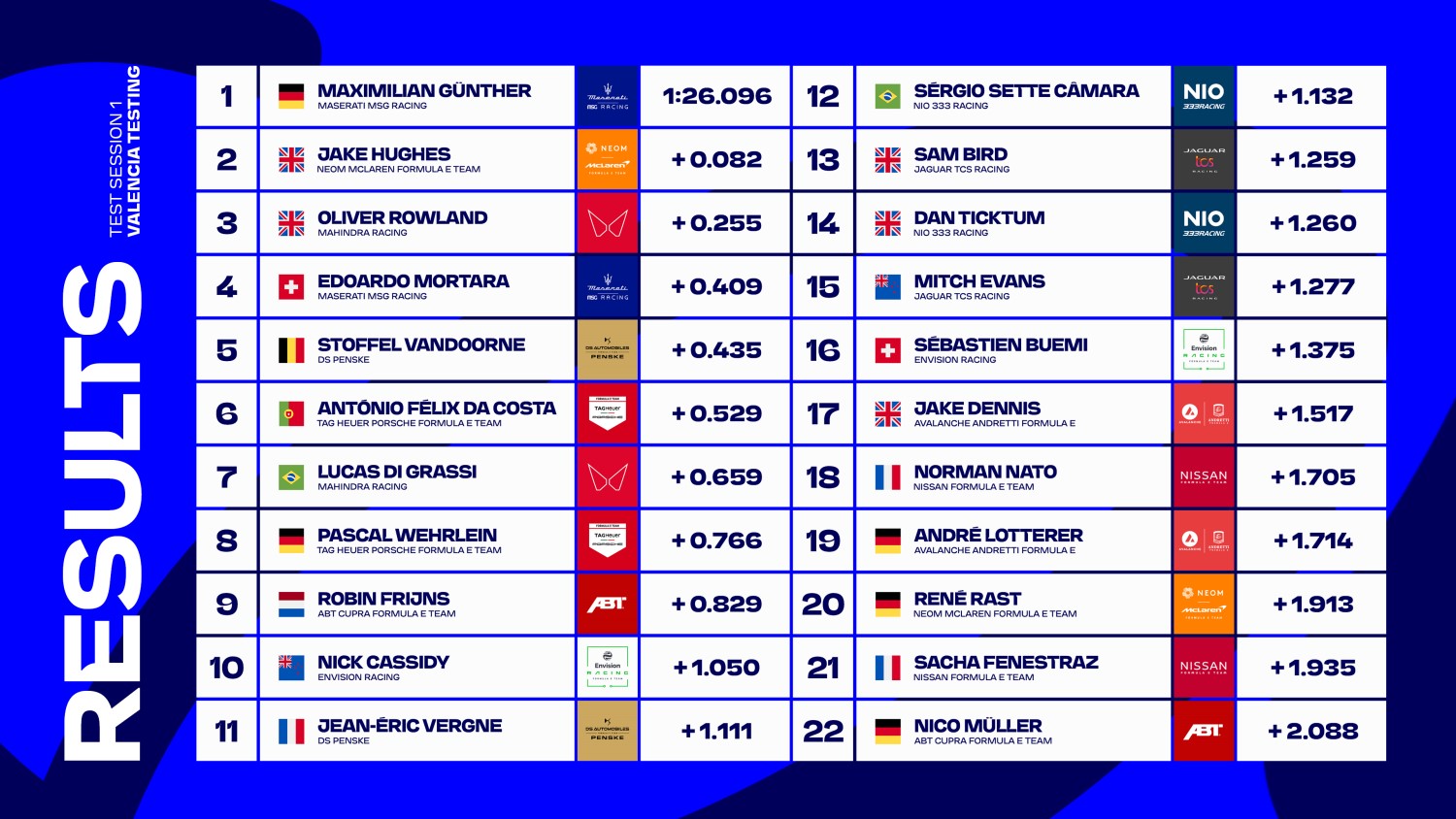