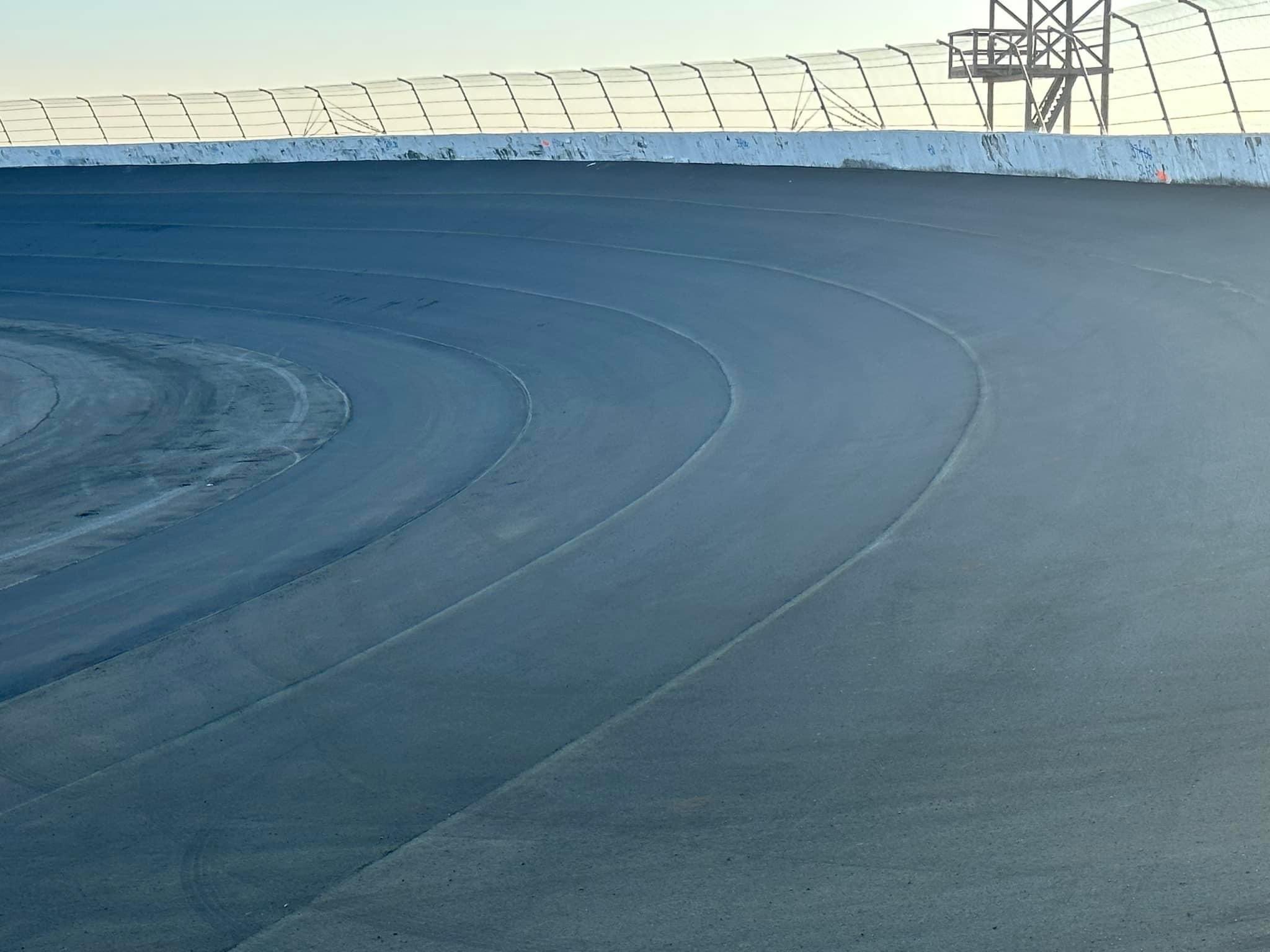 Rockingham has completed its repaving job as work continues to lure NASCAR back to Rockingham Speedway by its new owners.

Track leaders announced in October that the speedway was set to undergo millions of dollars in upgrades.

On Tuesday, the track shared a photo of a fresh layer of asphalt around the speedway’s sweeping corner. See photo above. Those seams in the asphalt look wicked.

NASCAR last visited Rockingham Speedway in 2013 for a standalone Camping Work Truck Series race. Since then the track has changed ownership and was awarded $9 million as part of the American Rescue Plan.

Rockingham was a staple on the NASCAR Cup Series schedule until the final event in February 2004. The racing surface at that time was already abrasive and had weathered over time. The asphalt is estimated to be more than 30 years old, with core samples showing at least 3 to 4 repaves in the past.