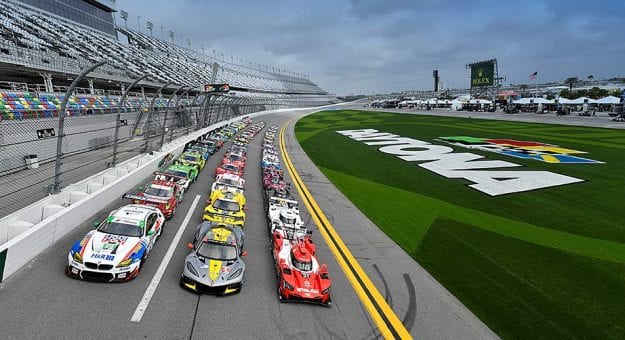 After receiving more than 70 entries from teams wishing to compete in the 61st Rolex 24 At Daytona on Jan. 28-29, 2023, IMSA officials today confirmed a capacity 60-car field for the season-opening round of the 2023 IMSA WeatherTech SportsCar Championship.

“More than 70 total entries and a 60-car field as we kick off a new era for WeatherTech Championship competition speaks volumes for the interest in international endurance sports car racing and our IMSA platform,” said IMSA President John Doonan. “Arriving at this 60-car entry list for the 61st Rolex 24 At Daytona required a substantial effort from our team at IMSA. We are proud to present one of the strongest and most competitive fields we have seen and cannot wait to put on a tremendous show for a global audience of racing fans next month.”

The debut race for the GTP class will see a total of nine entries representing four manufacturers:  Acura, BMW, Cadillac and Porsche. All nine cars participated in a two-day, IMSA-sanctioned test session at Daytona International Speedway last week. The entire, 60-car field will participate in the three-day Roar Before the Rolex 24 At Daytona test on Jan. 20-22, culminating with Rolex 24 qualifying on Sunday, Jan. 22.

The GT Daytona (GTD) class again will have the largest field with 24 entries having been selected. The GTD field will include GT3-spec race cars from nine different manufacturers – Acura, Aston Martin, BMW, Ferrari, Lamborghini, Lexus, McLaren, Mercedes-AMG and Porsche – with Pro-Am driver lineups.