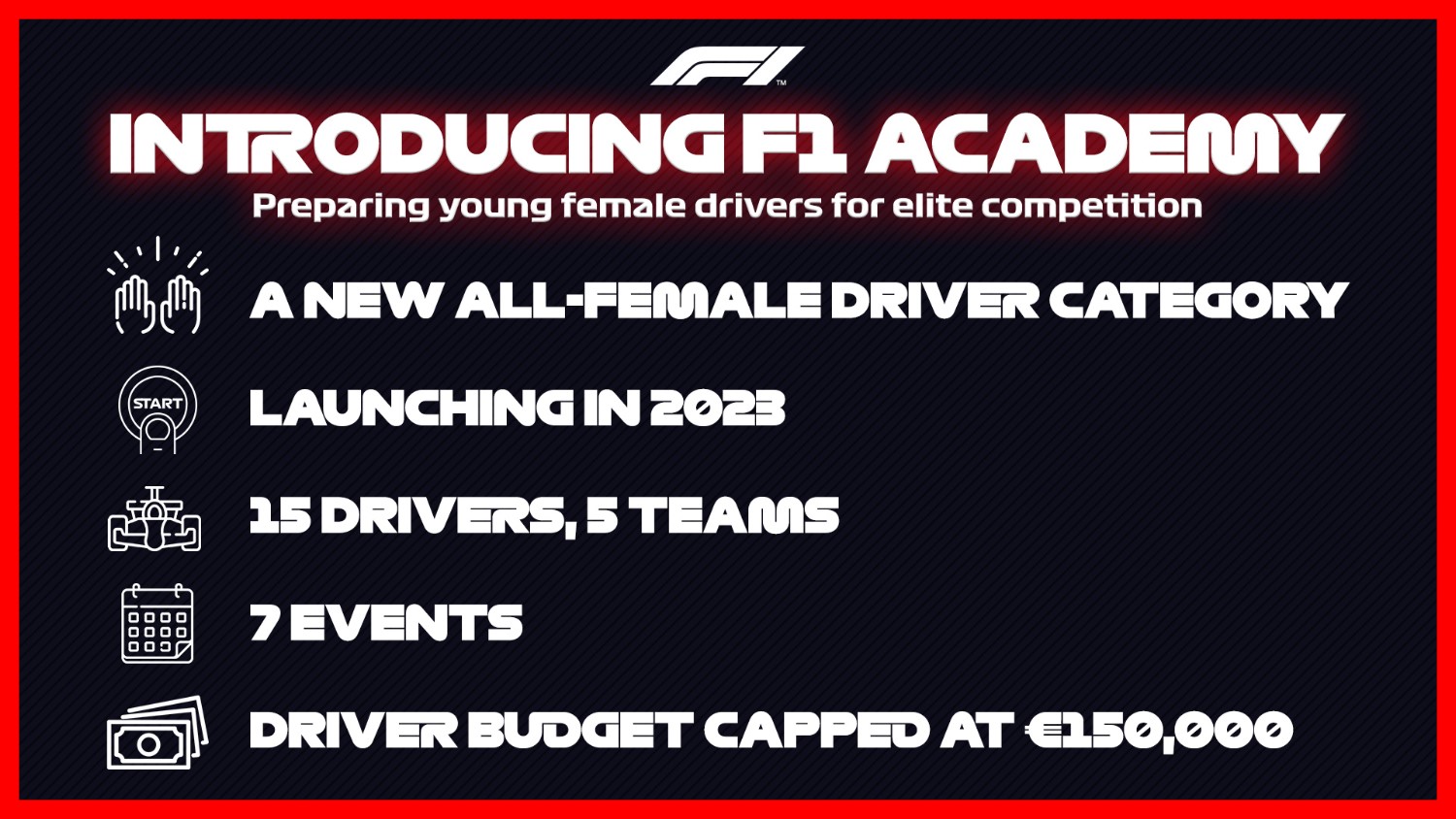 The Formula 1 Academy kicks off in 2023 and we’re a step closer to the new season with the teams taking part in the competition being revealed by F1 on Friday morning.

The F1 Academy is an all-female racing category that was unveiled by F1 over the course of the final weekend of the 2022 season, at the Abu Dhabi Grand Prix.

It’s been devised as a way of getting young female racing drivers onto the motorsport ladder, with a view to them progressing up the ranks to Formula 3, Formula 2 and then, hopefully, Formula 1.

Each team has an established history in junior racing including the Formula 2 and Formula 3 Championships and will now add the all-women driver category to their motorsport setup from next year.

F1 Academy focuses on young women drivers emerging in the junior ranks and aiding them in progressing to the higher levels of single seater racing such as W Series, F3, F2 and F1.

The series will subsidize the costs of each car with a €150,000 contribution each driver will match while the teams cover the rest of the budget. It means that the series will position itself as a more affordable option versus comparable series.

The first season will include seven events and with such experienced teams forming the ’23 line up, the drivers will gain vital experience both in and out of the car, helping each achieve their full potential.

Stefano Domenicali, President and CEO of Formula 1, said: “It is exciting to be able to announce the five teams that will be racing in the F1 Academy for next year and who will be providing this fantastic opportunity to the young and talented women to begin their journey into competitive motorsport.

“We believe it is important that everyone has the chance to follow their ambitions and get the support and guidance needed to progress and excel. The F1 Academy is an important part of our plan to increase diversity and representation in motorsport and we are looking forward to the first season in 2023 and stay tuned for more news in this area.”

General Manager of the F1 Academy Bruno Michel added: “I am very pleased to reveal the five teams entering the F1 Academy for the next three-year cycle, starting from 2023. We know them very well and we have been collaborating with each one for many years.

“They are well-known for their experience and expertise in nurturing and developing young drivers. I fully trust that they will give the drivers competing in the F1 Academy the keys to grow technically, and that they will help them with the physical and mental preparations for the journey ahead.”