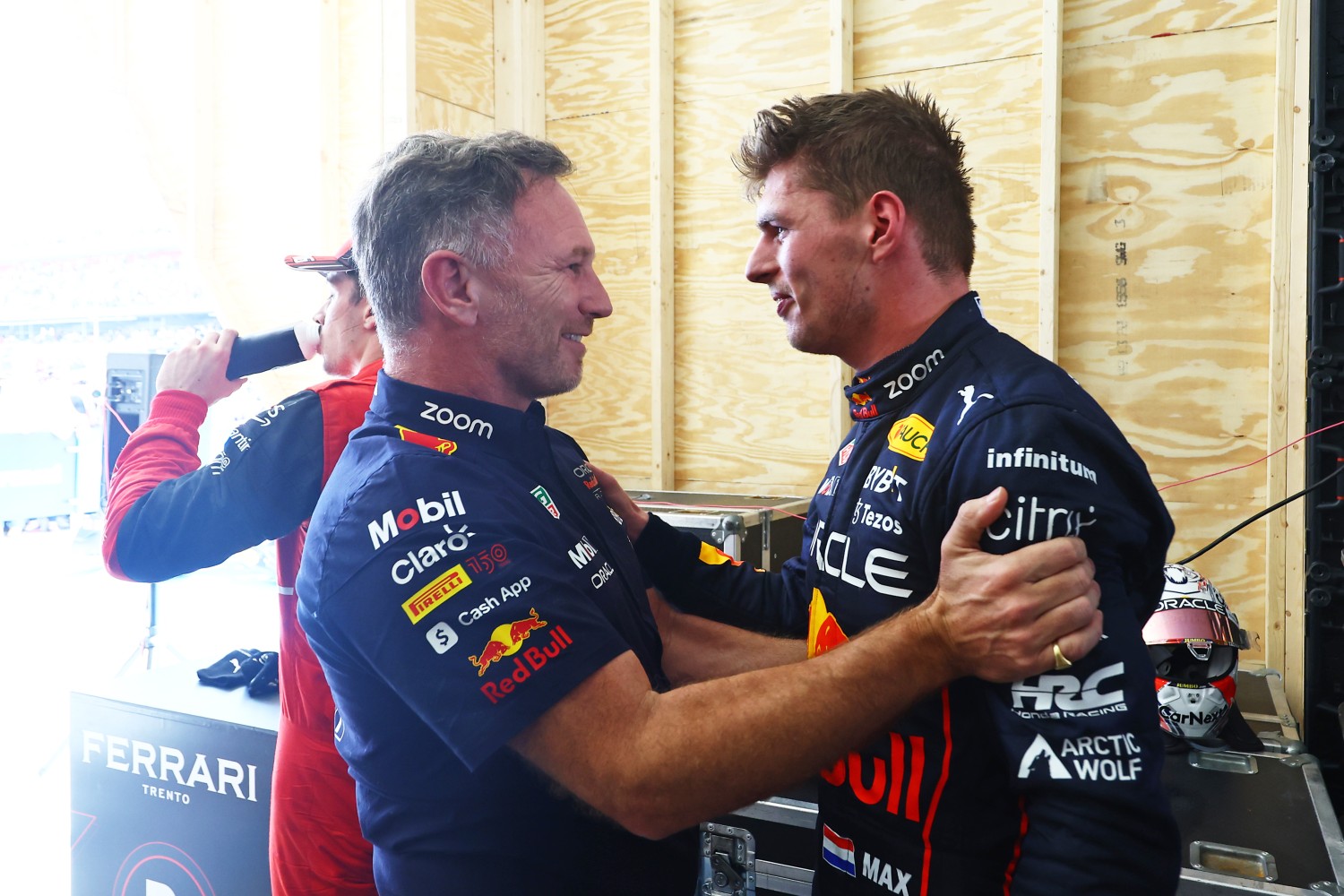 Formula 1 saw a brilliant and “different” Max Verstappen in 2022 after knocking Lewis Hamilton “off his thrown”, say the Sky Sports F1 pundits in a special season review show which airs for the first time tonight.

David Croft, Karun Chandhok, Natalie Pinkham and Simon Lazenby discuss all the big topics and incidents in our review show following a memorable title-winning year for Verstappen and Red Bull.

In the show, their pundits reflect on Verstappen’s record-breaking campaign, as the Dutchman won 15 of the 22 races despite a poor start to the season, displaying a different side to his driving after the intensity of 2021.

“After three races this season it looked like we were going to have very different end of season review,” says Crofty.

“But Max relaxed the more the car got reliable, the more he knew he was in a machine he didn’t have to push as hard in 2021.

“But he also raced differently against his championship challenger here than he did in 2021, which I think helped Max as well.”

“Lewis is the king of the castle and he has been this generation,” says Chandhok. “Max felt that he had to assert himself against Lewis, knock him off his throne.

“Whereas he sees Charles, George [Russell], Carlos [Sainz] as his peers and that’s why he races them differently.”

“He thinks a lot of their success isn’t down to what Red Bull did right, but what others did wrong,” Crofty adds. “For me, that is the big story of the season.”

Chandhok continues: “They put a huge amount of resource in 2021 yet still developed a car that was quick in 2022, and that’s what Mercedes couldn’t do.”

The pundits also discuss topics such as the cost cap controversy, the shock driver moves and much more in the season review show, while also debating Mercedes’ 2022.

They described Mercedes as the biggest disappointment after falling from title-winners to the third fastest team, but also say they showed the most amount of improvement over the campaign after starting so slowly.

George Russell, meanwhile, in his first year at Mercedes, became the first team-mate to beat Hamilton in a season since 2016 and the pundits hail the young Brit as the second best driver of the season behind Verstappen.

“Lewis, at the start of the year, I’m sure his motivation wasn’t there,” says Chandhok. “And I can understand that.

“It reminded me of Senna in 1993, this was a guy who was the number one driver of his generation, he arrives at the opening race and goes ‘God, I’m only capable of qualifying on the third row of the grid.’

“Where’s the motivation? Then we got to Barcelona, they turned a little bit of the corner and he rose to the challenge.”

On Russell vs Hamilton, he adds: “At the start of the year, it was looking really good for Russell, he was regularly outqualifying Lewis.

“I think he had a bit of a wake-up call in that middle part of the year when Lewis lifted his game, and I think George went on a run where he couldn’t get ahead. I think he thought ‘woah, I’ve woken the beast!’

“But to his credit, towards the end of the year – and that weekend and win in Brazil was the standout – he came back. I’m fascinated to see how those two are together next year.”  Sky Sports