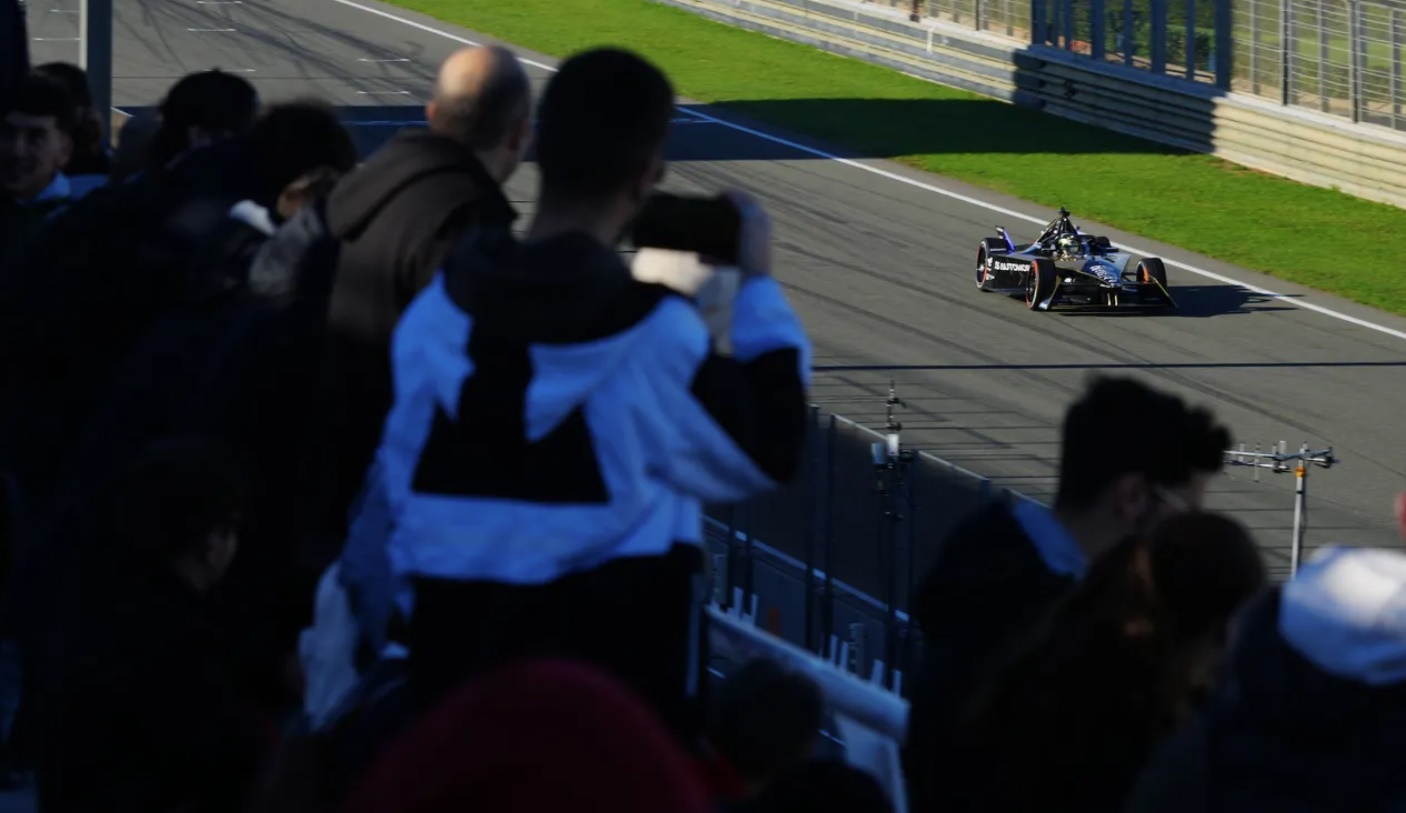 Two-time champion Jean-Eric Vergne fired the #25 DS PENSKE to the top of the timesheets in the Friday morning session, setting the fastest time of the week with a new benchmark of 1:25.248 in Valencia. That mark was lowered to 1:25.127 right after lunch by Maximillian Gunther in the Maserati.

With perfect conditions this morning, all 22 drivers put on a show as the official Formula E test was opened to fans for the first time. The top five all went quicker than the previous Gen2 best by half-a-second – set by Edoardo Mortara’s 1:25.763 at last season’s pre-season test.

JEV was top, shining under the winter sun as he railed around the Circuit Ricardo Tormo, registering a 1:25.248 for the fastest time of the week so far.

Just three hundredths behind the experienced Frenchman was rookie Jake Hughes, the new NEOM McLaren recruit continuing his impressive performance ahead of his full-time debut in Season 9.

Reigning champion Stoffel Vandoorne was in third, the Belgian quickly acclimatizing to his new surrounds at DS PENSKE. Behind him were the Maserati MSG Racing pair of Guenther and Mortara.

Despite breaking down in the early stages of the session, Jake Dennis was the sixth quickest in the #27 Andretti Porsche and Dan Ticktum was the final driver to clock a lap time in the 1:25 bracket – the NIO 333 outfit making in-roads into the upper portion of the timing boards in Valencia this week

it wasn’t an incident-free session with a shunt for Sebastien Buemi (Envision Racing) bringing out a red-flag to remove his stricken, after the former champion ran-off straight into the wall at Turn 4. The test hasn’t been smooth sailing for Envision, with Nick Cassidy not setting a time in the three-hour run.