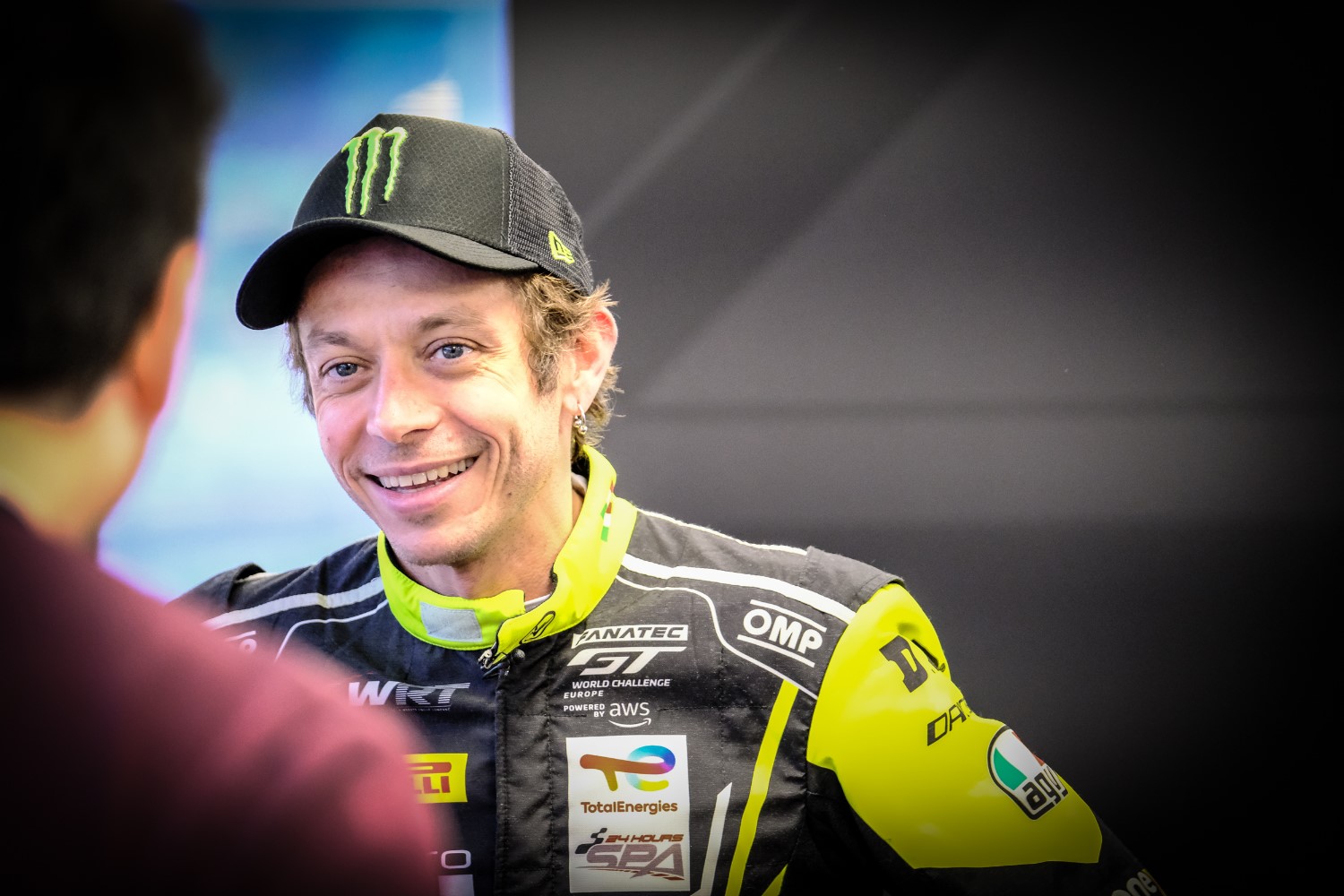 ONE of the biggest names in global motorsport, Valentino Rossi, will compete in the 2023 LIQUI MOLY Bathurst 12 Hour.

The 43-year-old Italian, a seven-time World Champion in the top level of MotoGP competition, will drive a BMW M4 GT3 for 2018 12-Hour winners Team WRT at the February 3-5 event next year.

Rossi will be the highest profile driver to compete in Australia’s International Endurance race since its re-launch in 2007.

Having retired from two-wheeled competition following the 2021 season, Rossi has turned his attention to circuit racing and this year competed for WRT in the GT World Challenge Europe Sprint and Endurance Championships, including tackling the famous Spa 24 Hour race.

It will mark Rossi’s debut at Mount Panorama, however the Italian is accustomed to success in Australia as a record eight-time winner of the Australian Motorcycle Grand Prix at Phillip Island.
His co-drivers will be experienced GT and Endurance specialists, Belgian Maxime Martin and Brazilian Augusto Farfus.

Both have previous Bathurst experience to their credit: Martin in 2020 and Farfus on three occasions, in 2018, 19 and 2020 – including finishing fifth in the 2019 race with Chaz Mostert as a co-driver.

BMW M Team WRT will field two cars in the 2023 12-Hour with the second entry, to run #32, also featuring a stunning driving squad.

2018 12-Hour winner Dries Vanthoor will lead the team and will be joined by 2022 DTM Champion Sheldon van der Linde; the South African to make his Bathurst debut next year.

The 2023 LIQUI MOLY Bathurst 12 Hour will represent the Australian racing debut of the brand-new BMW M4 GT3 car. BMW, a brand with a Bathurst history dating back to the early 1980s, has never won the 12-hour in the current International GT3 era however scored pole position for the race in 2018.

Belgian-based WRT (W Racing Team) was founded in 2009 and has become one of the most successful GT, Touring Car and Endurance Racing teams in Europe. The team has won more than 50 championships and major races including the 24 Hours of Nürburgring, Dubai 24 Hour and the Suzuka 10 Hours.

In 2018, while representing Audi, they claimed victory at Mount Panorama in a dramatic Bathurst 12 Hour.

The Liqui-Moly Bathurst 12 Hour is supported by the NSW Government via its tourism and major events agency, Destination NSW.
Quotes

Team WRT Principal Vincent Vosse
“It’s a very busy and exciting period for us, as we advance in the new partnership with BMW and prepare for the 2023 season.

“It’s a perfect time to show our people the BMW M4 GT3 in full race gear and announce some more elements of our 2023 race programs.

“We are extremely happy to retain and welcome heavy names such as the ones you have read above. Our first race in Dubai is basically around the corner, shortly followed by our debut as BMW M Team WRT at Bathurst. We are terribly excited at what is ahead of us and can’t wait to be hitting the track!”

“Valentino Rossi is one of the biggest names in the world of motorsport and we’re proud that the LIQUI MOLY Bathurst 12 Hour will be his first experience of Mount Panorama.

“Having had so much success here on two wheels, Valentino has an enormous Australian fan base, and we are prepared for a significant increase in attention as a result of his entry.

“It’s one of the most significant driver announcements in Bathurst 12 Hour history and we are thankful to BMW, WRT, Valentino and his team for making it happen – and we can’t wait to welcome him to Mount Panorama next February.”