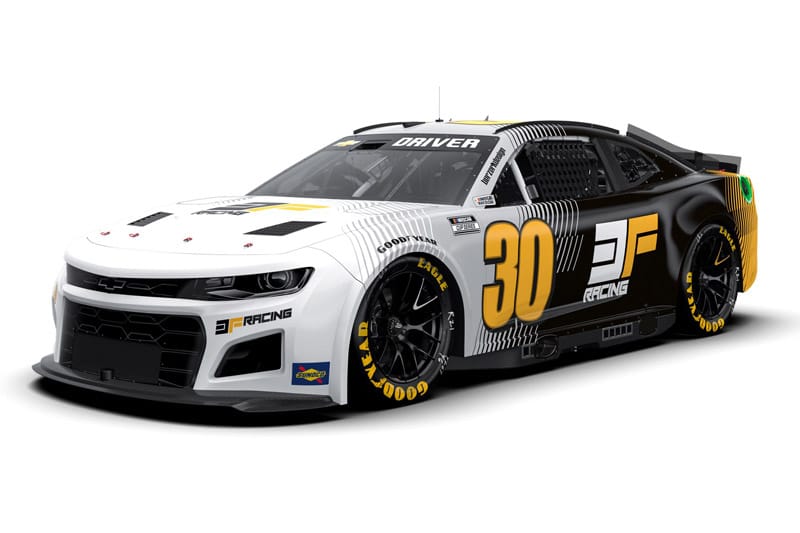 With the début of the Next Gen car, the 2022 NASCAR Cup Series has seemingly presented itself as a new opportunity to reach outside the United States

Now, 3F Racing hopes to become the first German-led Cup team. If things go to plan, they will field the #30 Chevrolet Camaro ZL1, with Speedway Digest‘s Ethan Miller reporting they had intended to run the final five races of the 2022 season beginning with the Charlotte Roval on 9 October followed by a part-time 2023 slate and going full-time in 2024.

3F stands for “3Friends” in reference to the team being run a triumvirate of, well, friends. The lead owner Dennis Hirtz comes from a European GT racing background, working as the marketing director for Phoenix Racing (no relation to the former NASCAR team) from 2017 to 2020.

“For us it is more than entering a new racing series, it’s making a childhood dream reality,” reads a statement from Hirtz on the team’s website. “And we will succeed with a very strong team, as friends, and with high-class drivers.”

A driver was not announced, though Hirtz’s email to Frontstretch said the team will was to have a two-time 24 Hours of Le Mans winner for the Roval followed by an experienced NASCAR regular. The former, when coupled with Hirtz pointing out 3F will have a Richard Childress Racing alliance, might suggest 2015 and 2017 Le Mans overall winner Earl Bamber, who ran a NASCAR Xfinity Series race for RCR in 2020. 3F and Xfinity driver Justin Allgaier also follow each other on Instagram.