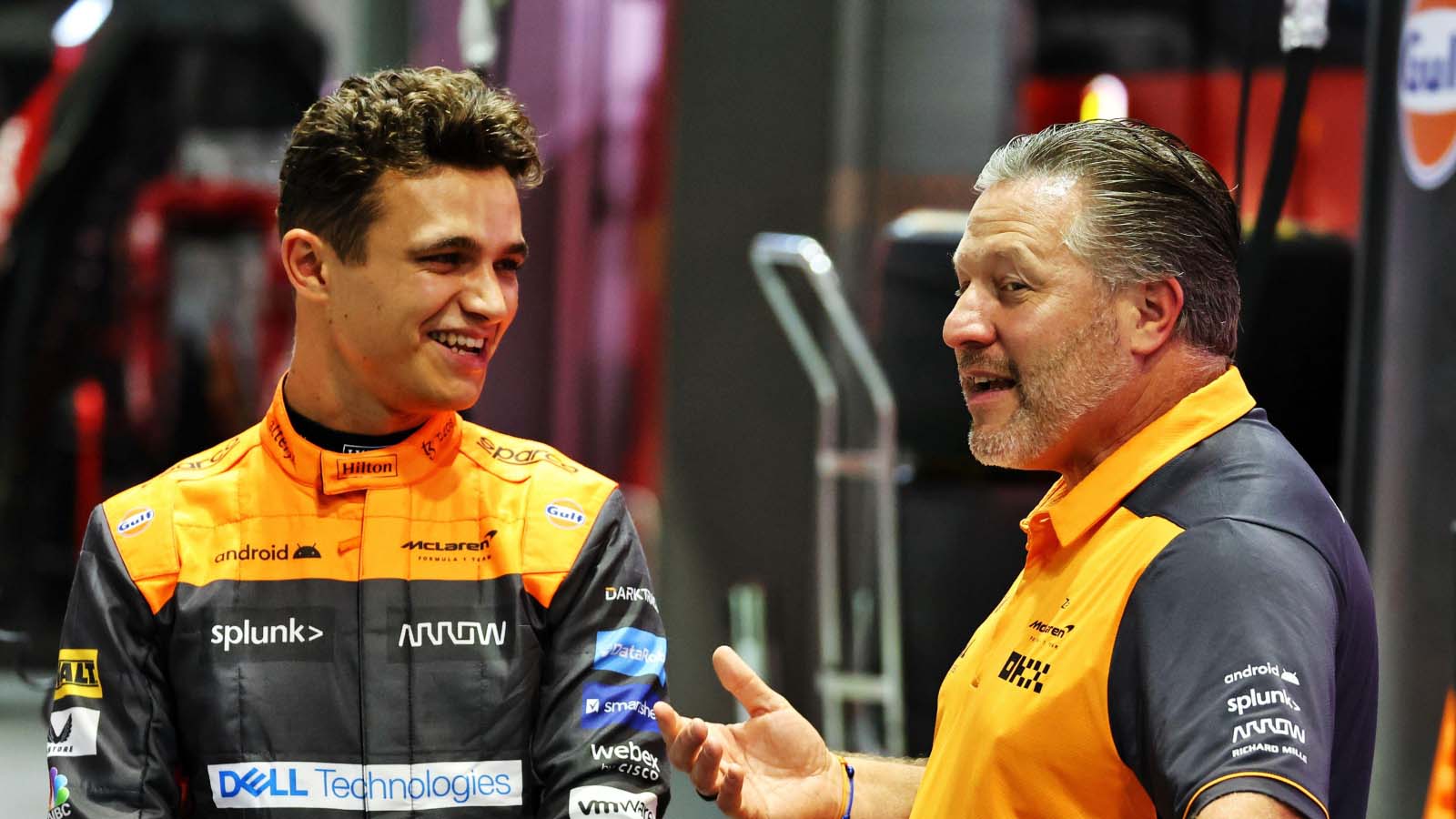 Zak Brown is unconcerned that the McLaren F1 Team could end up losing Lando Norris to Red bull if they do not provide the British racer with a race winning car.

He should be, as winning some races with Red Bull is better than winning none with McLaren. When Sergio Perez’s contract is up with Red Bull in two years, they’ll be looking for a replacement driver.

Norris was previously in talks with Red Bull before he signed with McLaren for fear Red Bull ace Max Verstappen might destroy his image/career by beating him like a drum as he does to all his teammates.

Now that Norris has a couple of seasons in F1 under his belt, he may have the confidence to go head-to-head with Verstappen.

“No, because I’m convinced we’re going to give him a winning car,” Brown is quoted as saying by Motorsport.com when asked if he was worried he could lose Norris to a rival team.  “We have a long-term contract with him. I think he feels very comfortable within the team.

“Other than obviously the pressure we put on ourselves, because we don’t want to just give him a winning car, we want to give us a winning car. So, I think we’ve got a runway to get there.

“He knows the journey we’re on. He has bought into the journey that we’re on, and I think it’d be early to be worried about it.”

“Every step along the way, he gave you a reason to believe the next step he was going to be great,” said Brown.

“Lando was mega in everything. And it has worked in F1. In fact, what I think I’m happiest to see is not just pure pace, but how few mistakes he makes, and how strong his race craft is.

“Looking at Lando, year one. He had the pace, but probably didn’t have his elbows out enough. And now he’s fair, but he’s a tough character when you are racing.”