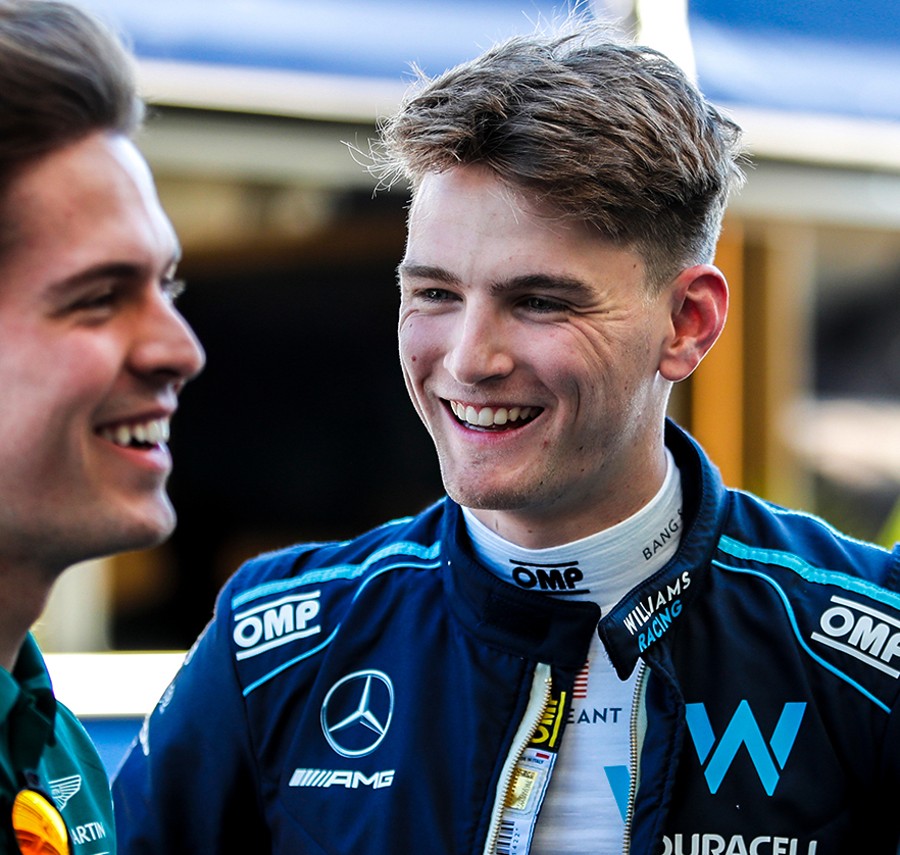 Logan Sargeant, a Williams Racing FW44 Academy Driver, decided he wanted to be an F1 driver after watching the sport for the first time during Lewis Hamilton’s maiden title-winning campaign.

The 21-year-old will make his F1 debut with Williams next season.

Speaking in an interview with GQ magazine, Sargeant revealed his first memories of F1 were watching Hamilton and Felipe Massa’s dramatic world title fight in 2008 when he was just seven years old.

“It’s where competitiveness is at its highest and where the best drivers in the world are. Any kid’s dream is to reach the top of whatever they’re doing, so I’d say that’s what attracted me to it.

“I started watching Formula 1 back when Lewis [Hamilton] and Felipe Massa were battling for the championship in 2008.

“I’d wake up early to watch the races. Then I moved to Europe, so the races were finally on at a more normal time for me.”

“I don’t think they [American fans] had any idea what it was, to be honest,” he said. “But nowadays, ever since Netflix’s Drive to Survive – which seems to have a very American audience – I’m getting tons of questions from my friends back home about the sport.

“I’ve noticed a huge shift, and that’s been really positive for Formula 1 in general.”

“I want to represent and make America proud,” he said. “But at the same time, that’s all done in preparation. If you prepare well, then you’ve done everything you can to perform to the best of your abilities.

“I have high expectations, and I put enough pressure on myself that I don’t really feel much of the external pressure.

“I’ve had the stars and stripes on my helmet forever, so I plan on just being myself, enjoying it, and taking it one step at a time.”

“I expect to be competitive. And at the end of the day, the best person to compare yourself to is your teammate.

“I’d say, right now, the goal is to prepare the best I can, mentally and physically, and put the work in during the offseason.

“That’s the process, and we’ll be working on that every day until the first race of the season.

“I’ll be leaving no stone unturned. You’ll be getting the best of me next year.”